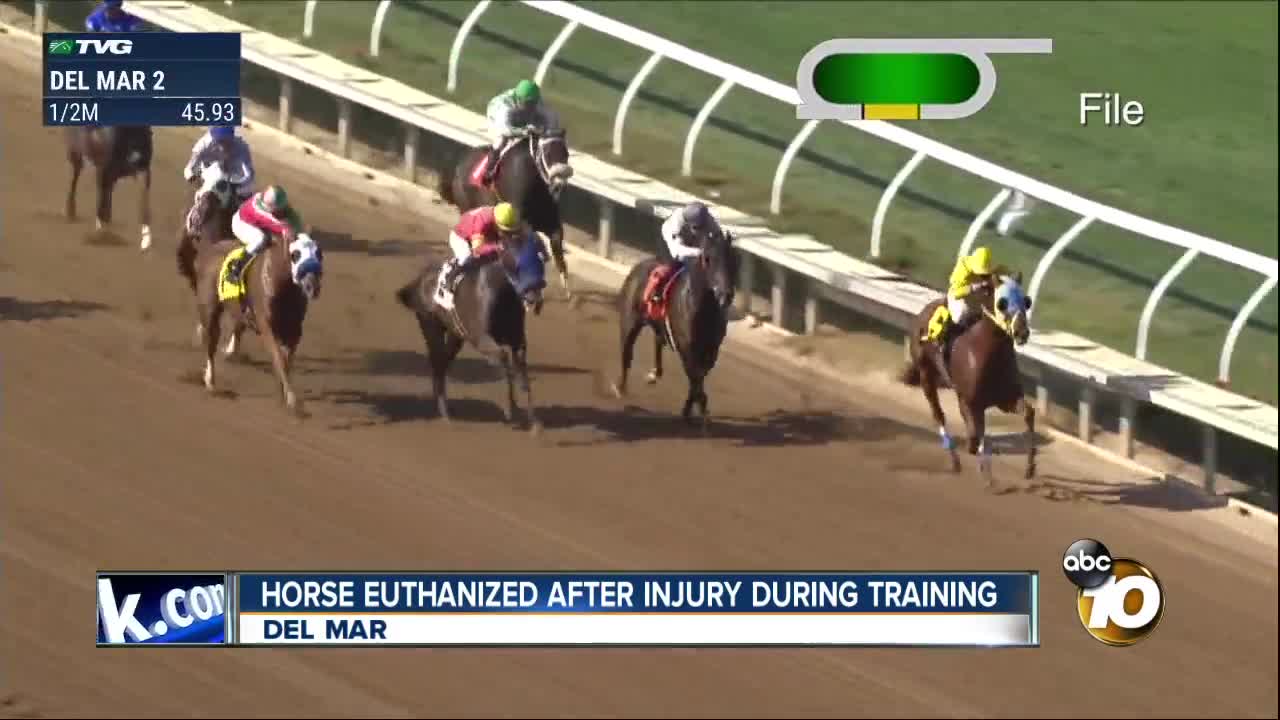 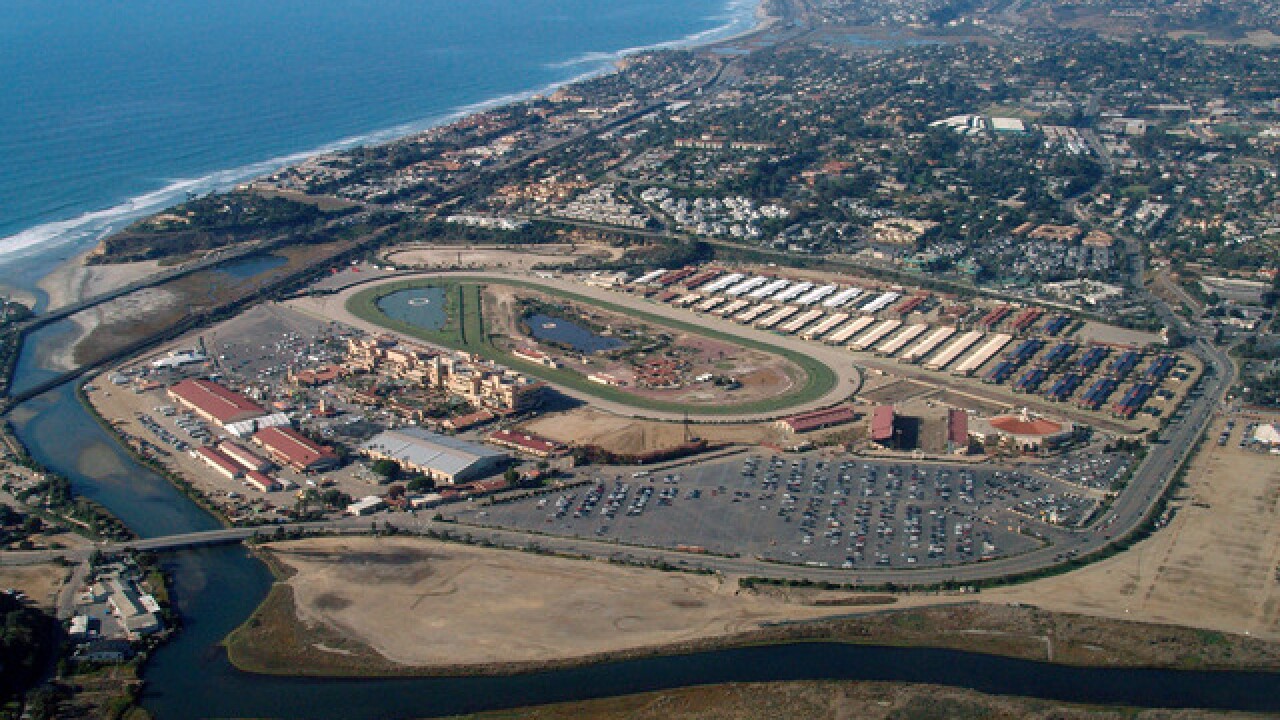 DEL MAR, Calif. (KGTV) — A three-year-old horse died after it broke down during training and had to be euthanized at the Del Mar Fairgrounds Saturday.

The horse, named Koa, broke down during training, according to the Del Mar Thoroughbred Club (DMTC) confirmed. The extent of the horse's injury was unclear.

Koa is the ninth horse to die while racing or training at Del Mar this year.

A third horse, Bowl of Soul, was euthanized less than two weeks after due to a fetlock joint injury. Bri Bri, an unraced three-year-old filly, was euthanized in August after suffering a serious injury during training.

In November, two horses — three-year-olds Ghost Street and Prayer Warrior — died after serious injuries in separate races. A third horse, Princess Dorian, was also injured during a race and later euthanized after complications from surgery.

Another horse, Slewgoodtobetrue, died in November after it collapsed in a barn after a workout.

In response to the early horse deaths, DMTC said a series of safety reforms have been instituted to ensure horses are protected during races.

“Del Mar has implemented a series of safety and welfare reforms over the last several racing seasons, including the creation of an independent five-member panel to review all entries. To date, there have been no fatal injuries during racing in the current summer meet,” club officials said at the time.

If a horse's injury is catastrophic enough, it may be nearly impossible to rehabilitate them, leading to euthanization, according to veterinarians.