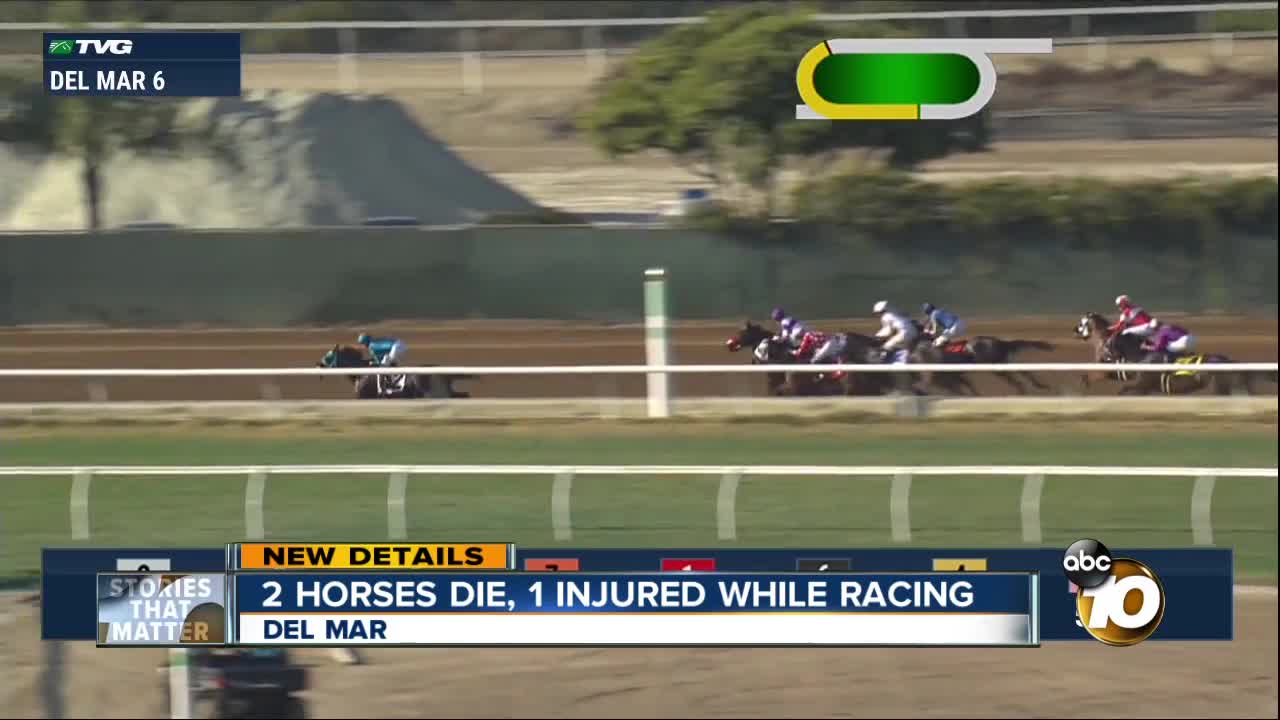 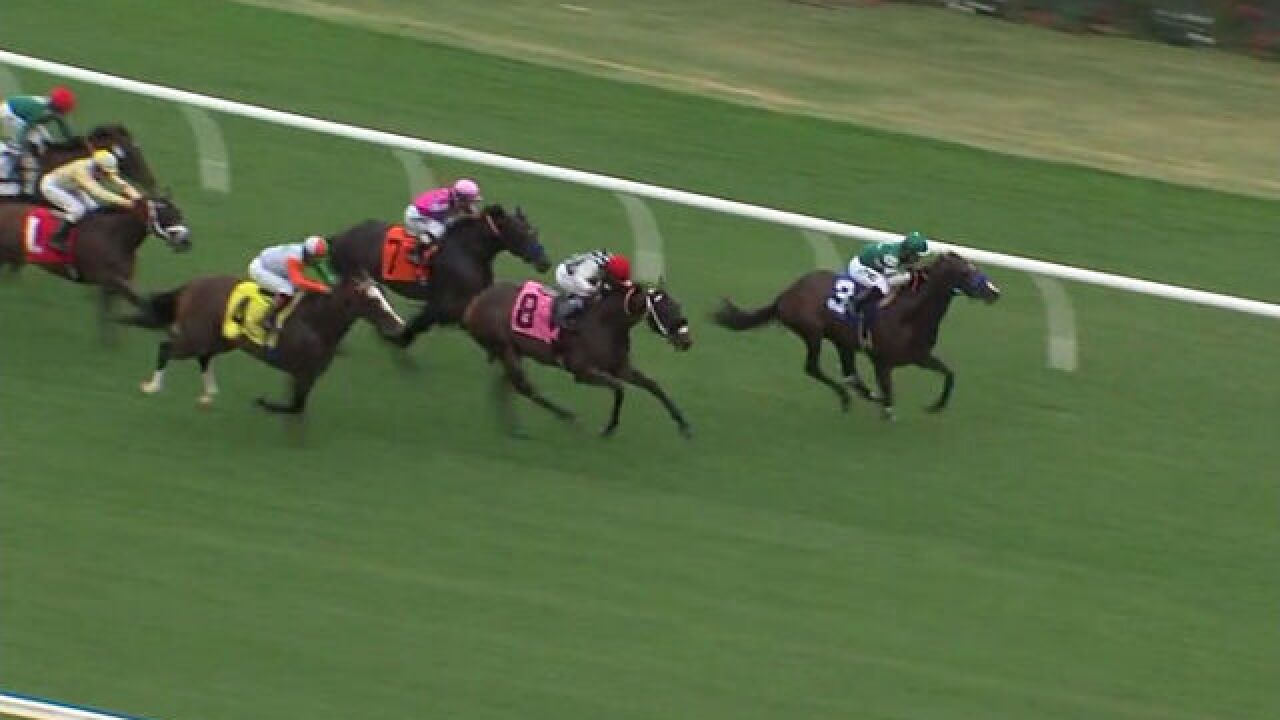 A third horse was also hospitalized with an injury.

The track tweeted at 2:17 p.m. confirming that in Sunday's third race, Ghost Street suffered a "catastrophic injury to his left front sesamoid and was humanely euthanized."

Ghost Street was a 3-year-old gelding.

A short while later, Prayer Warrior, a 3-year-old colt, was euthanized after suffering an injury to his front leg in Sunday's sixth race.

With heavy hearts, we can confirm that Prayer Warrior was humanely euthanized following an injury in today’s sixth race on the main track.

Our deepest sympathies to the Metz family and their team.

The animal was taken to the San Luis Rey Equine Hospital for evaluation. She is scheduled to undergo surgery Monday.

So far this year, six horses have died at the Del Mar Fairgrounds.

Two horses died at the track the second day of the summer racing season earlier this year. According to officials, Charge A Bunch ran headfirst into Carson Valley, causing the deaths.

A third horse, Bowl of Soul, had to be euthanized less than two weeks later due to a fetlock injury.

More recently, Bri Bri, an unraced three-year-old filly, was euthanized after suffering an injury to her pelvis during training.

“Del Mar has implemented a series of safety and welfare reforms over the last several racing seasons, including the creation of an independent five-member panel to review all entries. To date, there have been no fatal injuries during racing in the current summer meet,” said DMTC officials.

One reason horses are euthanized after a catastrophic injury is it is nearly impossible to rehabilitate them, according to veterinarians.

These latest deaths must be criminally investigated immediately. PETA has repeatedly asked that all racing be suspended until new regulations and measures to stop the carnage can be put into place. Now, on the third day of Del Mar's racing season, two horses, Ghost Street and Prayer Warrior, are confirmed dead, and we await the fate of Princess Dorian. In 2017, PETA met with Del Mar executives to propose that they install CurveBeam CT scan equipment and conduct a study to evaluate it for screening horses for injuries that would otherwise be undetectable to veterinarians. Del Mar discussed our proposal with Dr. Rick Arthur, the equine medical director of the California Horse Racing Board, who stated that the scan equipment would be "of little value." Our proposal was then turned down by The Jockey Club. Since then, hundreds of horses in California and thousands of others across the country have died. Racing executives have for years accepted these deaths as mere collateral damage, and they must now be held accountable.

PETA
Copyright 2019 Scripps Media, Inc. All rights reserved. This material may not be published, broadcast, rewritten, or redistributed.