SAN DIEGO (KGTV) — San Diego County and several other Southern California areas could see coronavirus-related business restrictions ease soon and move into the red tier within the next week.

County Supervisor Nathan Fletcher said even if the county didn't hit the case rate needed for the red tier next week, the county's testing positivity and health equity positivity would be enough to move out of the purple.

"There's a high probability and likelihood that by next Wednesday we will descend into that tier," Fletcher said. "We obviously have to wait and see what our numbers are next Tuesday, but we feel confident that that will happen."

According to California's vaccine dashboard, the state has administered about 1,926,968 vaccine doses in its hardest-hit communities as identified by the Healthy Places Index. Once the state reaches 2 million doses administered in vulnerable communities, the tier readjustment will kick in for counties in the purple tier. 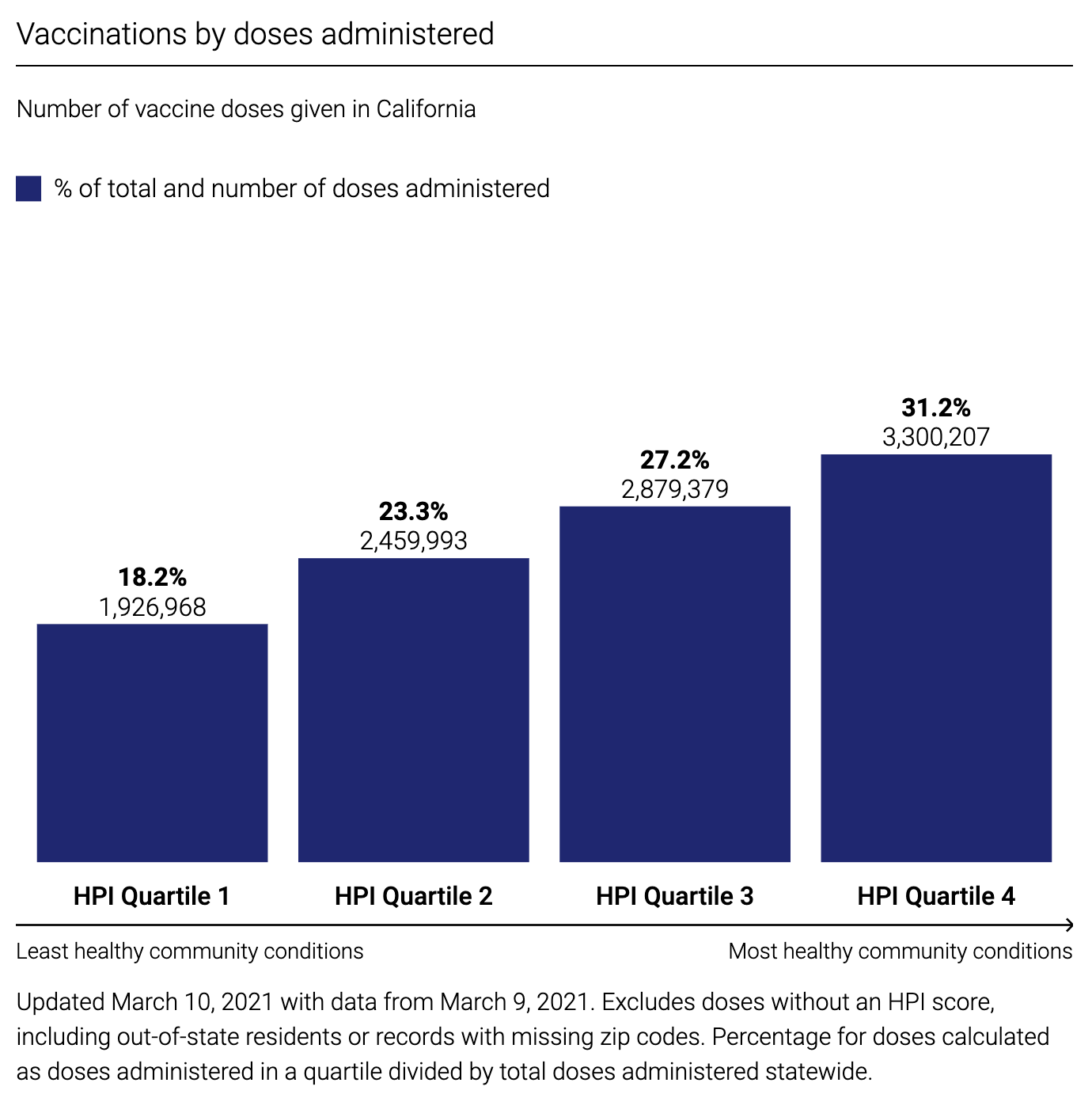 California health officials have said the new vaccine equity threshold will not impact the next group of eligible recipients this Monday, March 15, which includes those 16 to 64 with high-risk conditions and disabilities.

Movement into the red tier means San Diego County will be able to reopen more outdoor and some indoor operations at businesses with modifications, including:

Theme parks and ballparks will also be allowed to reopen in the red tier, according to new state guidance released this week. That guidance allows the two industries to reopen with modifications starting April 1:

Restrictions for theme parks and ballparks would ease as a county progresses through California's Blueprint for a Safer Economy tier system.

A full list of California's business reopening tiers can be seen below: 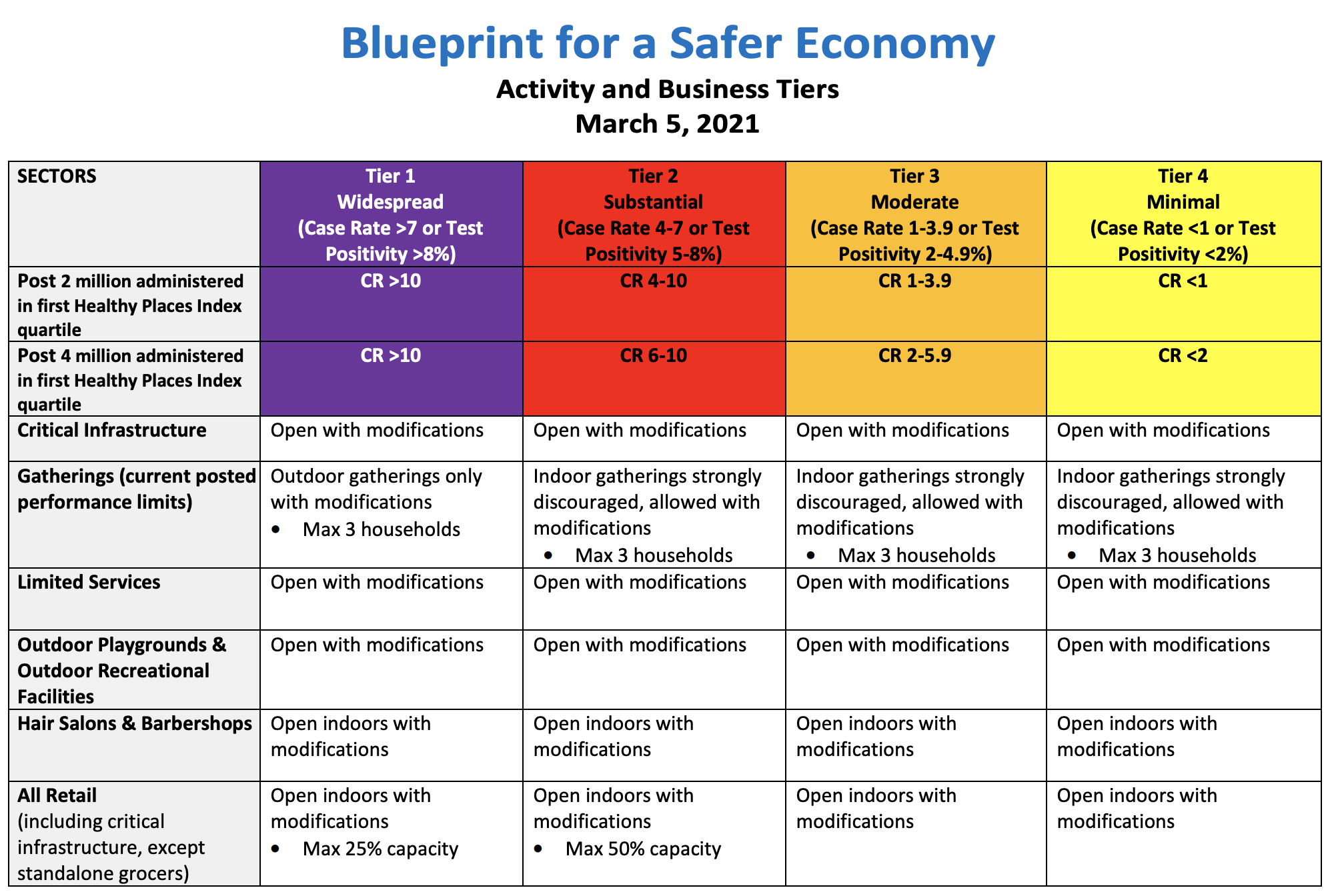 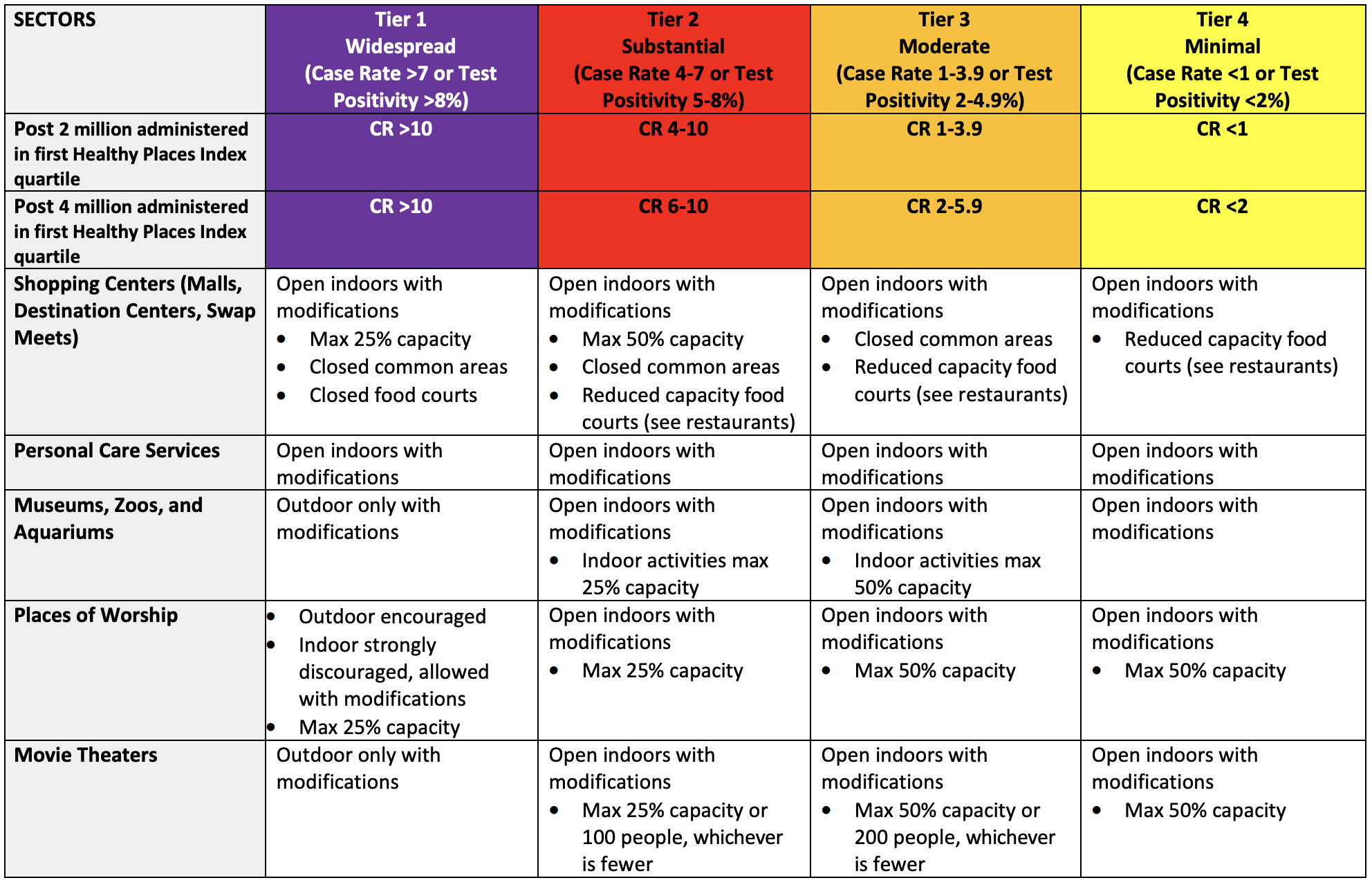 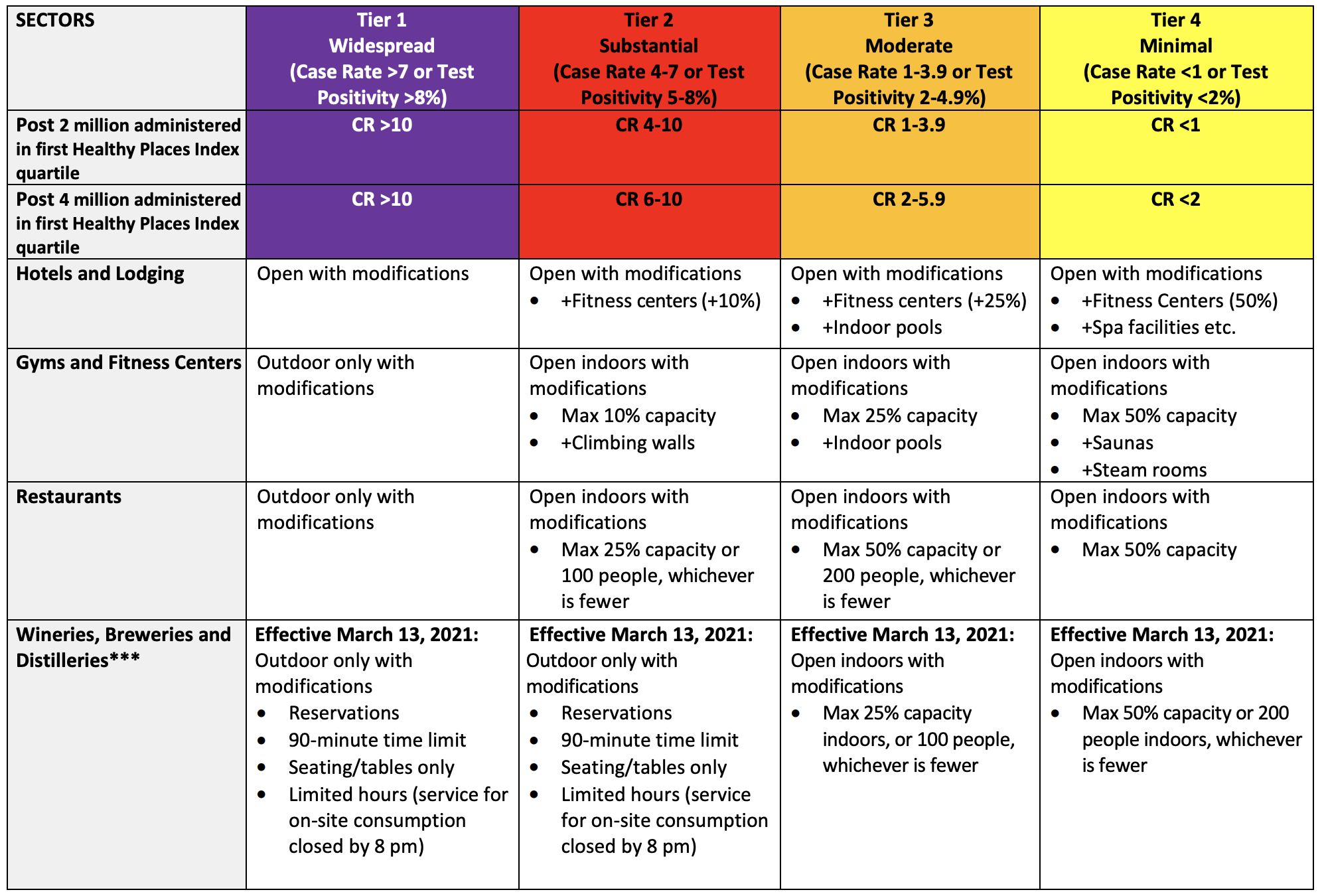 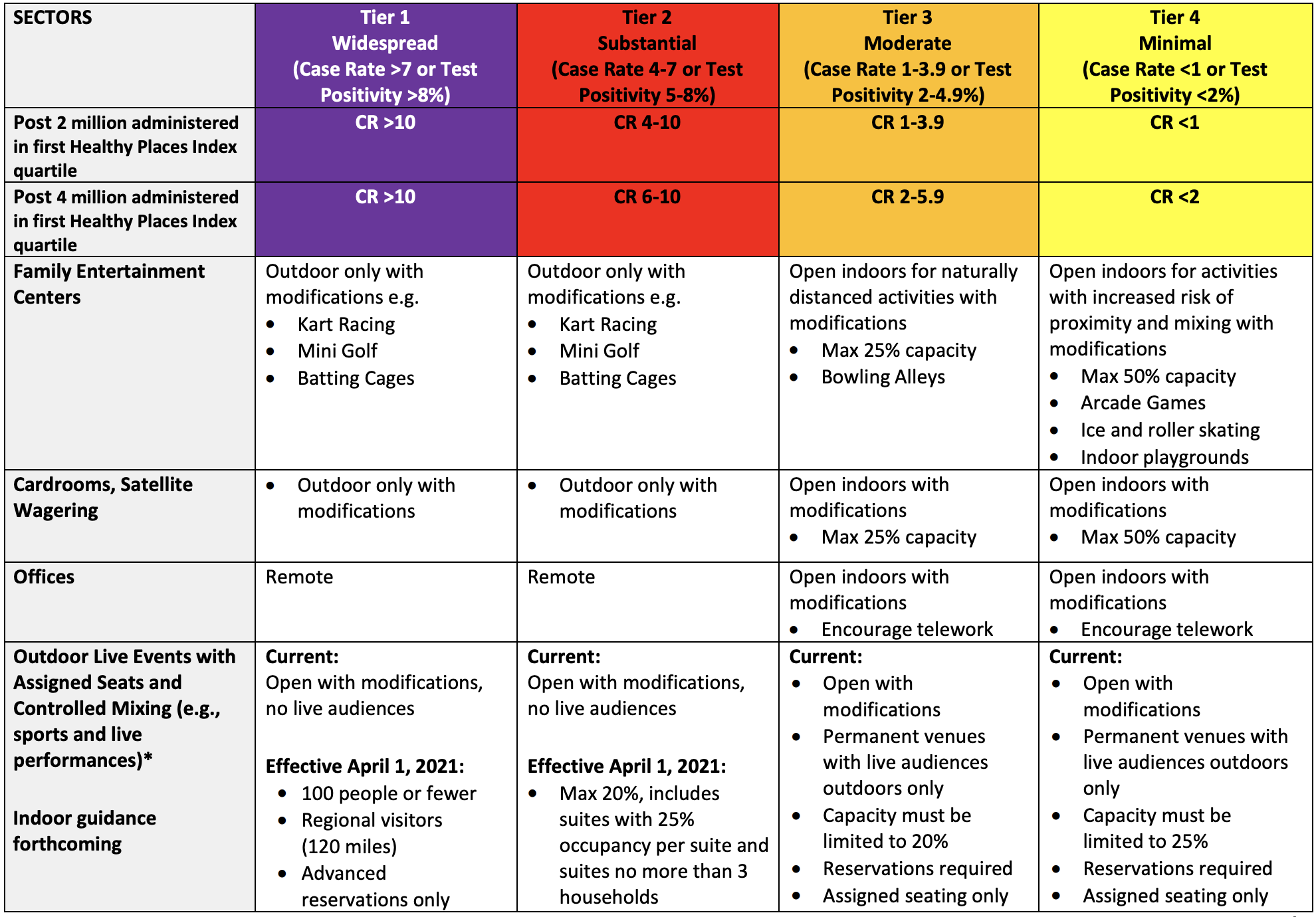 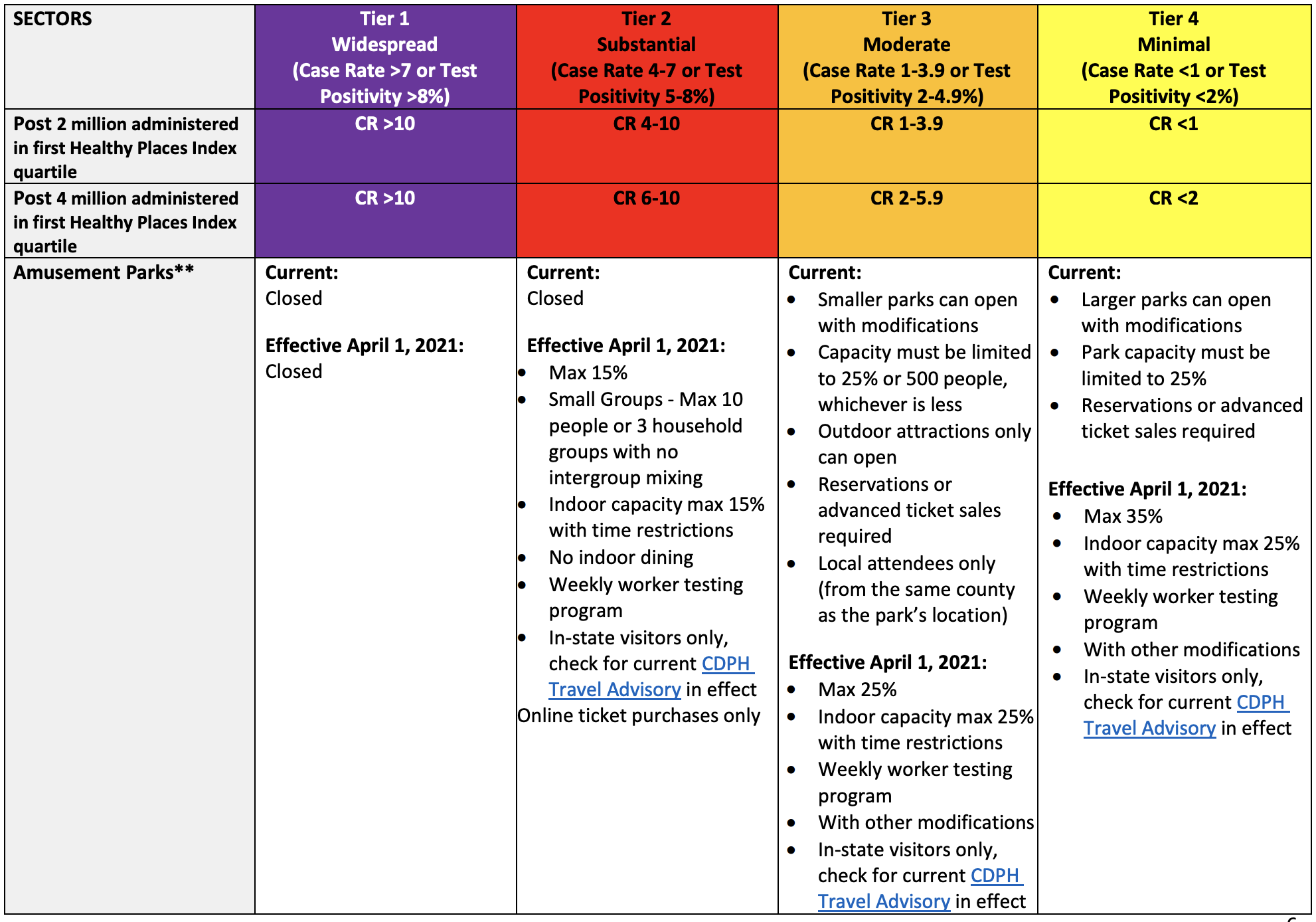