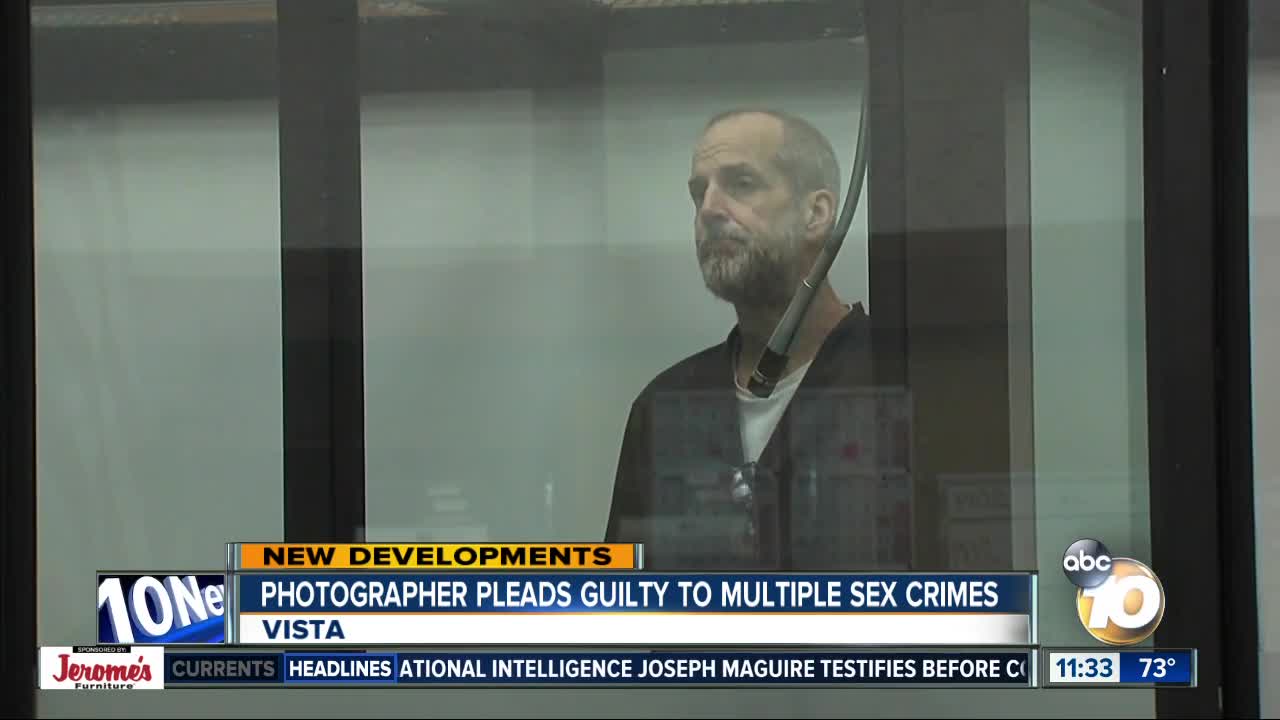 Some of the survivors of Koester's crimes sat in the Vista courtroom beside their families as he pleaded guilty behind a glass window.

Some sobbed as the horrific details of the sexual abuse they endured was read out loud by the judge.

"The victims in this case showed extraordinary strength and courage to come forward and speak out against this man who victimized them when he was placed in a position of trust by their parents," said Deputy District Attorney Dan Owens, who prosecuted this case.

Koester was originally arrested by Carlsbad police in November 2018 after a 16-year-old girl told her father she had been sexually assaulted by him during a photo shoot.

The FBI began looking into Koester's history and had reason to believe his sex crimes against children went back decades.

The FBI is asking for any other victims to come forward.

Koester has two more cases pending, one in federal court, the other in Oregon. In Oregon he's accused of sex crimes against four more girls and faces life in prison.

He will be sentenced for his crimes in San Diego on Oct. 25 at Superior Court North County Division in Vista.