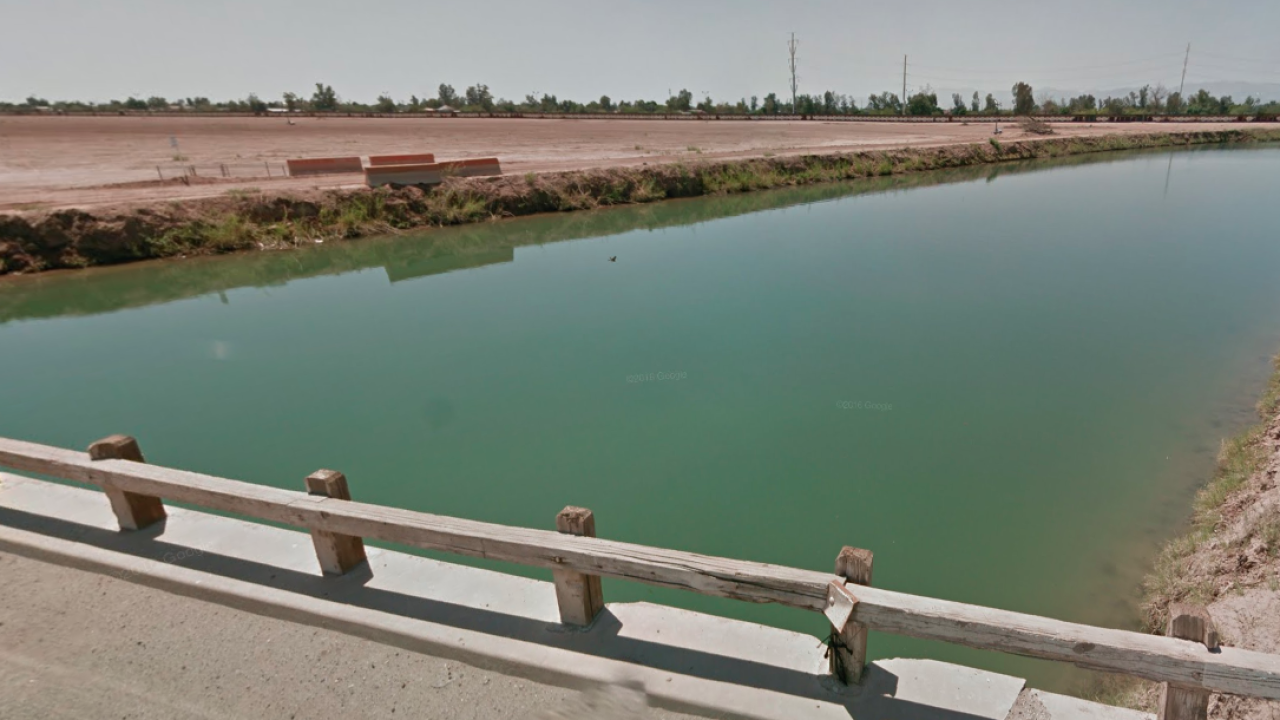 CALEXICO, Calif. (KGTV) — A man drowned Wednesday after border officials say he tried to swim across an Imperial County canal and enter the U.S. illegally.

The man, whose identity and nationality were not immediately known, was spotted swimming across the All-American Canal around 9 p.m. Wednesday along with two others, U.S. Customs and Border Protection said in a Friday news release.

Border agents immediately apprehended two of the men when they made it across the canal, which runs parallel and just north of the U.S.-Mexico border. The third man, however, struggled to stay afloat, border officials say.

Before agents could assist the man, he drowned.

Agents tried to retrieve the man's body, but heavy rainfall and poor visibility Wednesday night forced them to abandon their attempt. Agents resumed their search Thursday morning and found the man's body about 150 yards from where he's suspected of entering the water, about two miles west of the Gran Plaza Outlets in Calexico.

“This incident tragically illustrates how human smuggling organizations place migrants in perilous situations,” Chief Patrol Agent Gloria Chavez said in the release. “This man put his trust in human smugglers and it cost him his life."

The two men seen with the victim are both nationals of El Salvador, according to CBP. Officials didn't say whether the three men were traveling as part of the Central American caravan seeking asylum at the border.