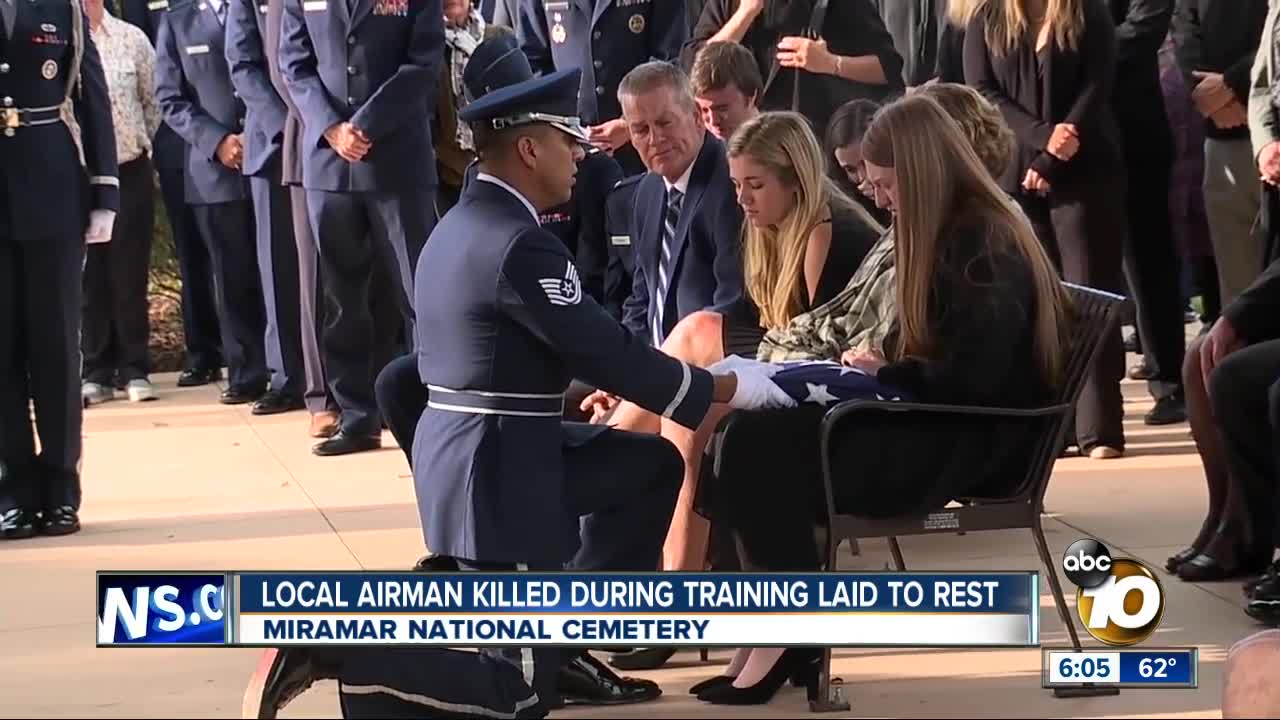 Second Lieutenant Travis Wilkie was buried with full military honors today at Miramar National Cemetery. It was a somber scene as a horse-drawn carriage arrived with the casket carrying the 23-year-old graduate of the Air Force Academy in Colorado.

Wilkie's parents, sister, and new wife, Peyton looked on as members of the Base Honor Guard escorted the flag-draped coffin.

The Lt. and his instructor were killed during a training flight on November 21st at Vance Air Force Base in Oklahoma. Two T-38 Talon jets were landing in formation when something went wrong.

Wilkie excelled in everything he did. He was a standout baseball player and honors student at La Jolla Country Day School. He continued playing ball and setting records at the Air Force Academy.

He graduated from the academy in 2018 and was just weeks away from getting his wings, according to a statement by the family.

Wilkie and his girlfriend had just married in October. Peyton is also in the Air Force.

Military officials say it could be a couple of months before they know what caused the crash.