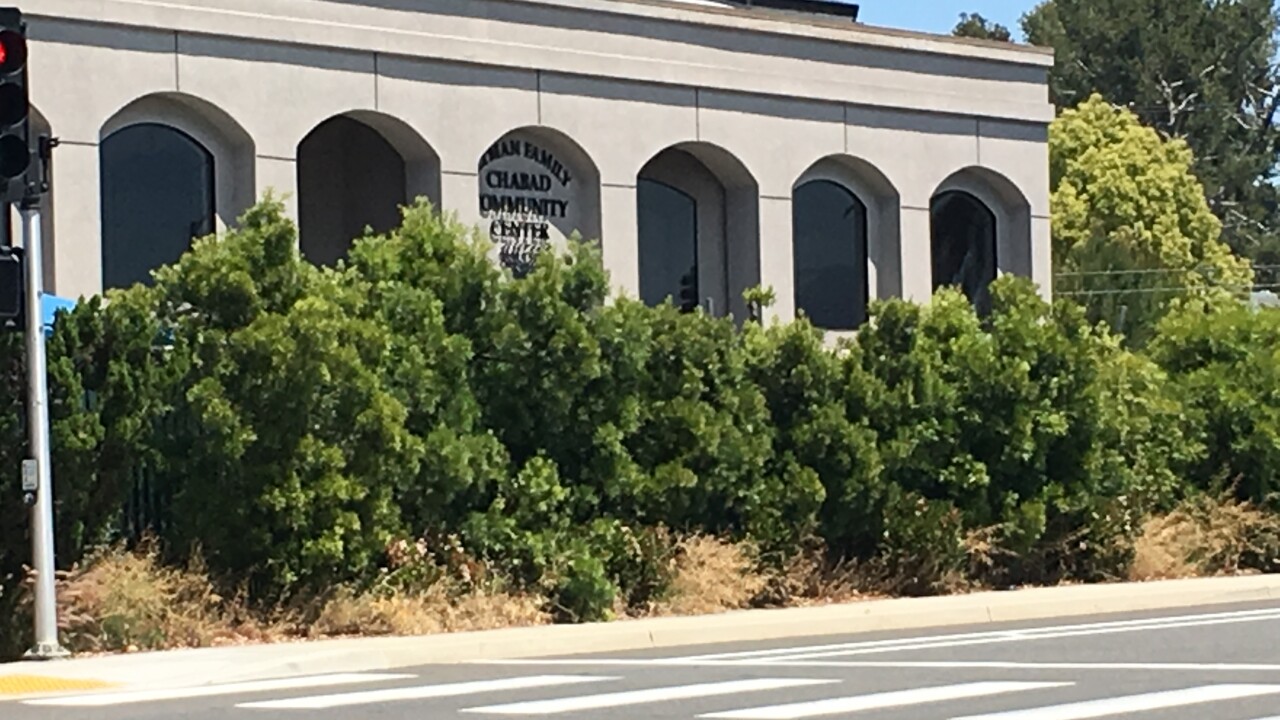 POWAY, Calif. (KGTV) -- Lawmakers are responding to a deadly shooting at a synagogue in Poway that left one person dead Saturday afternoon.

The woman who died is described as an adult female. At least three other people were wounded in the shooting, including a juvenile female and two adult males.

"Hate has no place in ANY community... least of all Poway," Poway Mayor Steve Vaus said in a tweet.

Hate has no place in ANY community... least of all Poway. We will put our arms around each other and walk through this tragedy as the family we have always been and always will be. #PowayStrong

I appreciated the President’s call from Air Force One offering assistance following the tragic shooting in @cityofpoway - I told him Poway will stand together and wrap our arms around the victims of this senseless, hateful act.

In a later tweet, Vaus further condemned hate, saying the community of Poway always comes together.

Poway has fought wildfires with pickup trucks and garden hoses. This city always comes together and stands together. #NoPlaceForHate


"No one should ever fear going to their place of worship," Governor Gavin Newsom said in a tweet Saturday afternoon.

No one should ever fear going to their place of worship.

Hate continues to fuel horrific and cowardly acts of violence across our state, country, and world. It must be called out. CA stands with Poway.

When a tragedy like this befalls our neighbors and friends, we must stand strong together to support the victims and their loved ones and to denounce hate. The City of San Diego and SDPD are working jointly with @SDSheriff to support Poway and the Jewish community as a whole.

San Diego City Attorney Mara Elliott expressed her condolences while condemning the hate and violence that shook the community Saturday.

Our hearts are with our neighbors in Poway today. Hate and violence have no place in our community, or any community. Every house of worship should be a safe place. Our office is here to assist the SDPD and Sheriff’s Department in any way that we can.

President Donald Trump said in a tweet Saturday afternoon, "Thoughts and prayers to all of those affected by the shooting at the Synagogue in Poway, California."

Thoughts and prayers to all of those affected by the shooting at the Synagogue in Poway, California. God bless you all. Suspect apprehended. Law enforcement did outstanding job. Thank you!

The CEO of the Anti-Defamation League, Jonathan Green, said in a tweet that the league is monitoring the situation.

The Jewish community again is devastated. We stand w/@Chabad. It’s heartbreaking to see yet another tragedy on Shabbat, on Passover, exactly 6 months after the Tree of Life #synagogueshooting. @ADL is working w/ the local community & law enforcement, monitoring situation closely.

Just left the command center, I am heartbroken for our community, especially the members of Chabad of Poway. This kind of hate & violence has no place in our community, our state, our nation. Thanks to @SDSOPoway & @SanDiegoPD for the quick response & apprehension of the suspect.

As a Jewish San Diegan, I'm praying for the Chabad of Poway after this horrific shooting on this last day of Passover. We're grateful for the @SDSOPoway & @SanDiegoPD for their response. More details will emerge in the coming hours. Right now, we send our love, prayers & support.

We condemn in the strongest terms the evil & cowardly shooting at Chabad of Poway today as Jewish families celebrated Passover. No one should be in fear in a house of worship. Antisemitism isn’t just wrong - it’s evil. https://t.co/hkLOCf0anp

I am sickened to learn of the shooting at Congregation Chabad of Poway. My prayers are with the victims, their families, and the entire Poway community. https://t.co/DnbTNmxSuV

This is a tragic day for San Diegans and Americans everywhere. An attack on the Jewish community - or any religious group - is an attack on all Americans. My full statement on the Chabad of Poway synagogue shooting: pic.twitter.com/FzgbitL6rk