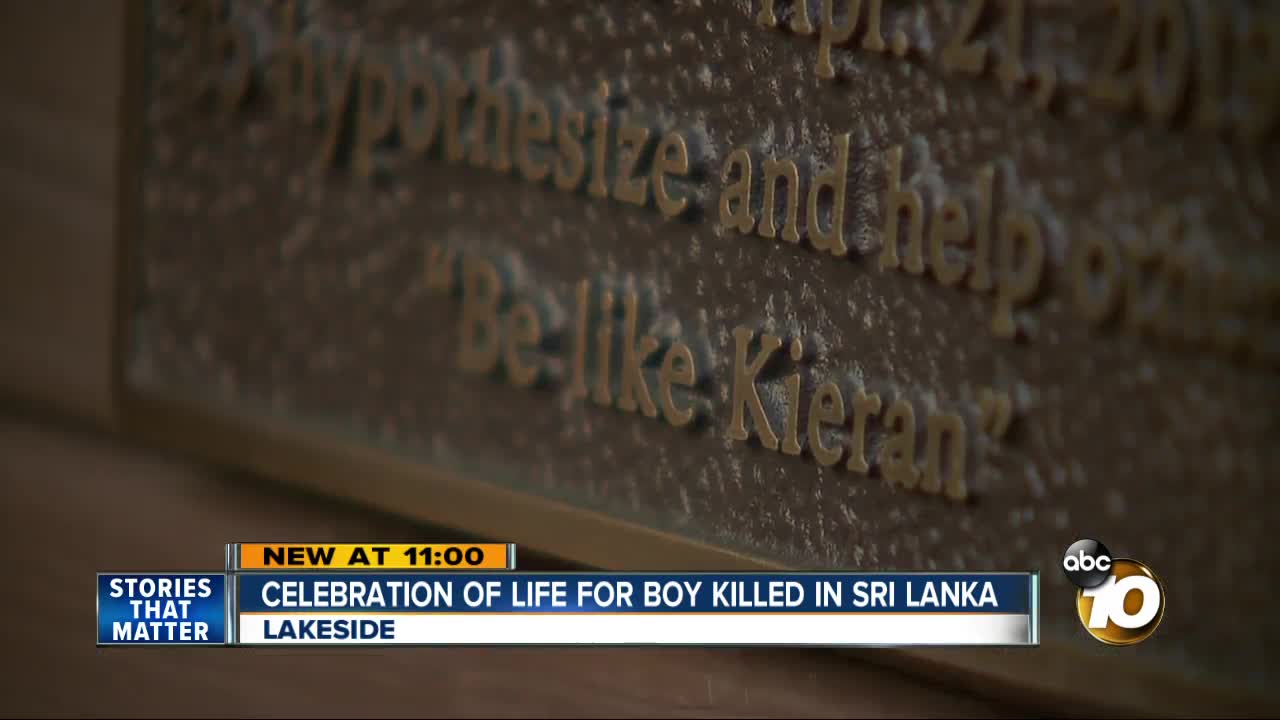 Family of Kieran Shafritz de Zoysa held a celebration of life ceremony for him in Lakeside, unveiling a new bench in his honor. The 11-year-old had just visited his dad in Lakeside before traveling to Sri Lanka where he was killed in the terrorist bombings on Easter. Matt Boone reports. 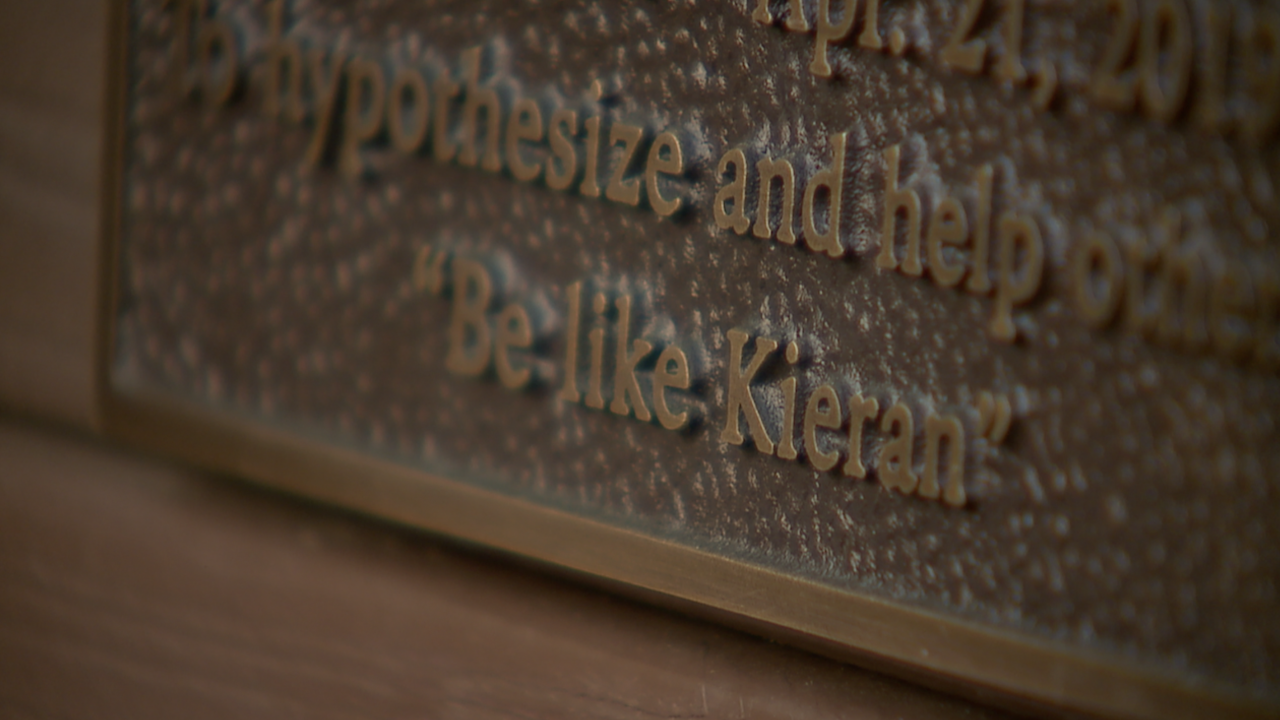 LAKESIDE, Calif. (KGTV) - The family of an 11-year-old boy who was killed in the Easter bombings in Sri Lanka held a celebration of life ceremony in Lakeside Wednesday night.

They gathered on a trail in Oak Oasis County Park to remember Kieran Shafritz de Zoysa, on what would have been his 12th birthday.

About a mile down the trail, they unveiled a new bench with a plaque in his memory, telling future hikers to “Be like Kieran.”

“Kieran’s mindset was always about helping others,” said Alex Arrow, his father who lives in Lakeside.

“He was the greatest ray of light that my life has ever seen,” said Dhulsini de Zoysa, Kieran’s mother.

Both parents described him as curious, intelligent and empathetic.

“He was just a sponge. He took in everything regardless of the topic,” said his mother.

Arrow said his son had dreams of becoming a neuroscientist, with the goal of finding a cure for Alzheimer's disease.

“I also grieve for what the world lost,” said Arrow. “That piece of shrapnel from the suicide bomber struck down a future champion against the unknowns of the brain.”

In total, 259 people were killed in a series of coordinated bombings on April 21 in the Sri Lankan capital of Colombo.