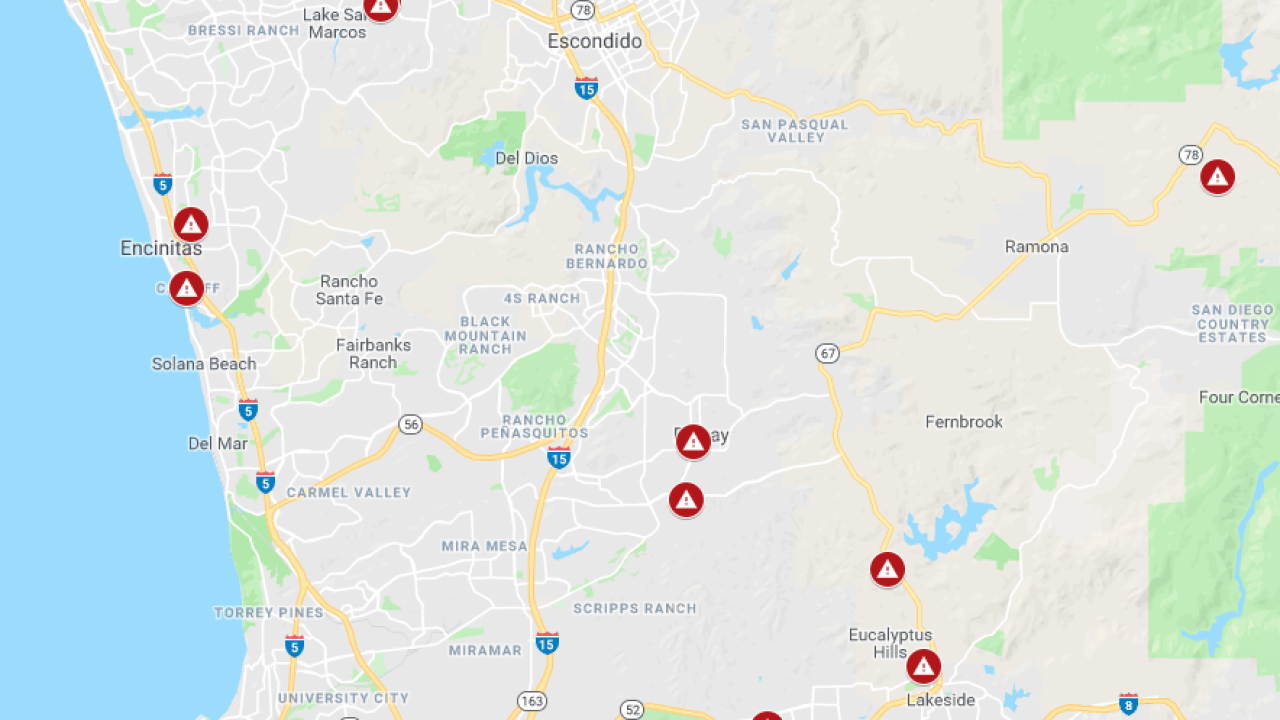 The reported threats were submitted via emails, in which the sender threatened to detonate an explosive if an undisclosed payment in bitcoin or $20,000 in cash was not received.

San Diego authorities say at least 12 locations received the threats, many of which are businesses ranging from San Marcos to Vista, Ramona and Lakeside got the emails. to Encinitas.

Here are all the locations local authorities say received the anonymous threat: