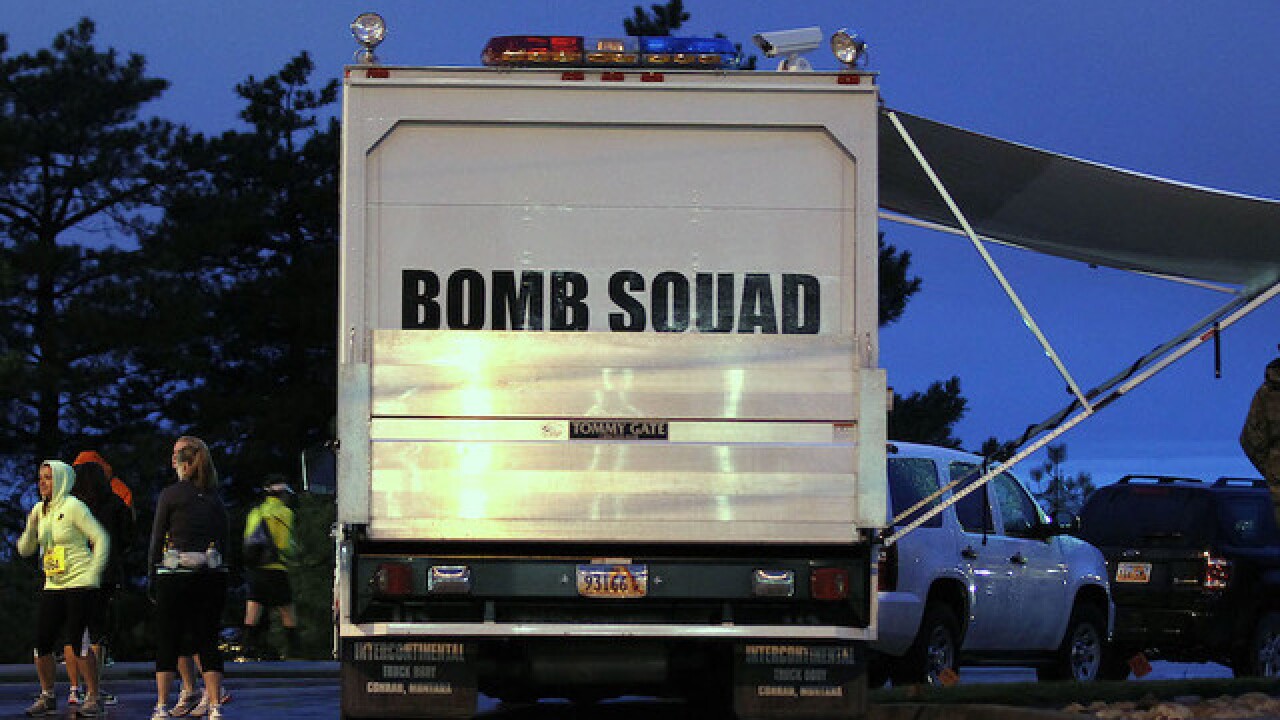 Copyright Getty Images
George Frey
<p>SALT LAKE CITY, UT - APRIL 20: Runners on the left and security personnel on the right stand by a bomb squad truck before the start of the Salt Lake City Marathon on April 20, 2013 in Salt Lake City, Utah. Due to the bombings at the Boston Marathon on April 15, security was dramatically increased by law enforcement and Utah National Guard at the Salt Lake City Marathon. Organizers are asking spectators to leave backpacks at home. (Photo by George Frey/Getty Images)</p> 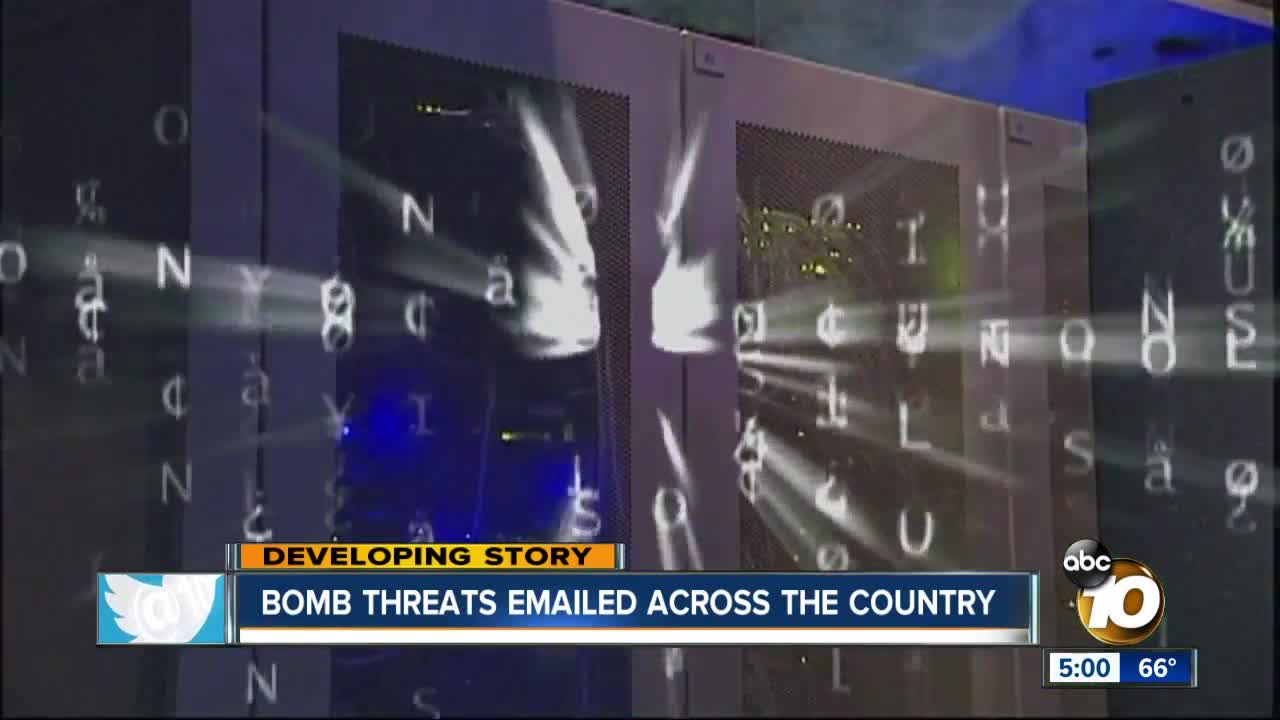 San Diego police told 10News at least 12 locations received the threats, but it was not immediately clear if all were businesses. Sheriff’s officials said at least 14 businesses in cities such as San Marcos, Vista, Ramona and Lakeside got the emails.

Countywide, at least 50 threats were reported.

10News learned the emails threatened a bomb or explosive device detonation if an undisclosed amount in bitcoin payment or $20,000 in cash was not received.

Sheriff’s officials told 10News deputies were going to the threatened locations to make sure the situation was clear.

San Diego police did not release any further details.

The threats appear to be tied to a series of threats made to businesses around the country.

Authorities in major cities such as San Francisco, Seattle, Atlanta, Las Vegas, Chicago and New York are investigating similar threats to businesses in their areas.