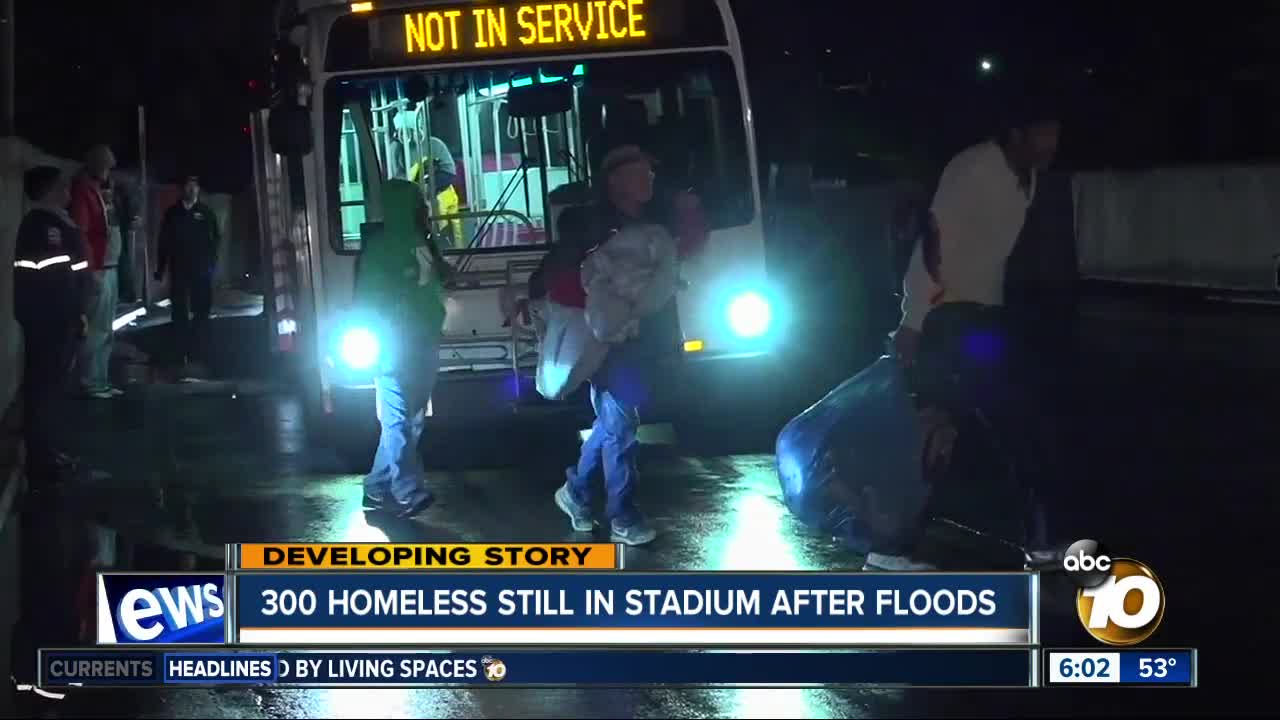 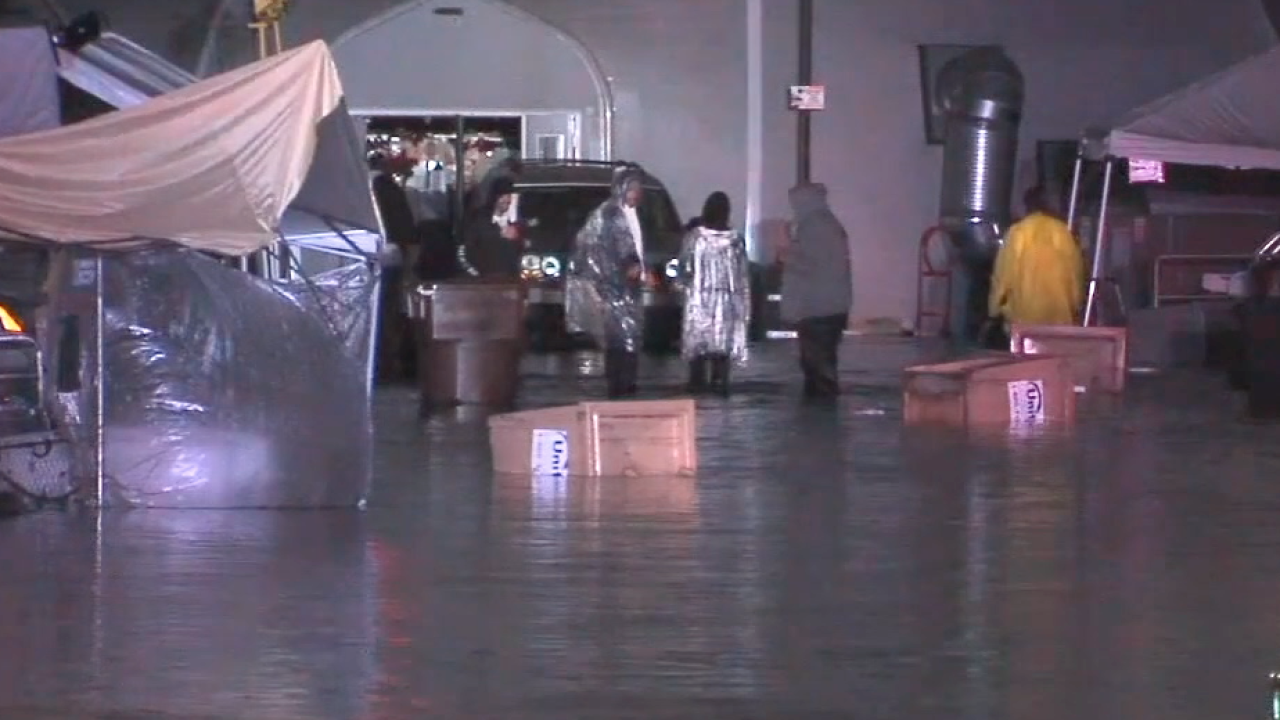 Flooding Thursday night overturned portable restroom facilities at the Alpha Project facility, turning the ground into a swamp of feces and human waste and inundating tents meant to house the homeless from the storm.

Homeless individuals at the stadium were given food and a clean place to sleep, but Red Cross organizers say they need new clothing, blankets, and socks to help replace what was lost. Donations can be brought to SDCCU Stadium's Gate C.

Hazmat crews still have to clean up the downtown site as of Saturday. There is no timeline on when the downtown shelter will be reopened or how long the emergency shelter would be in place.