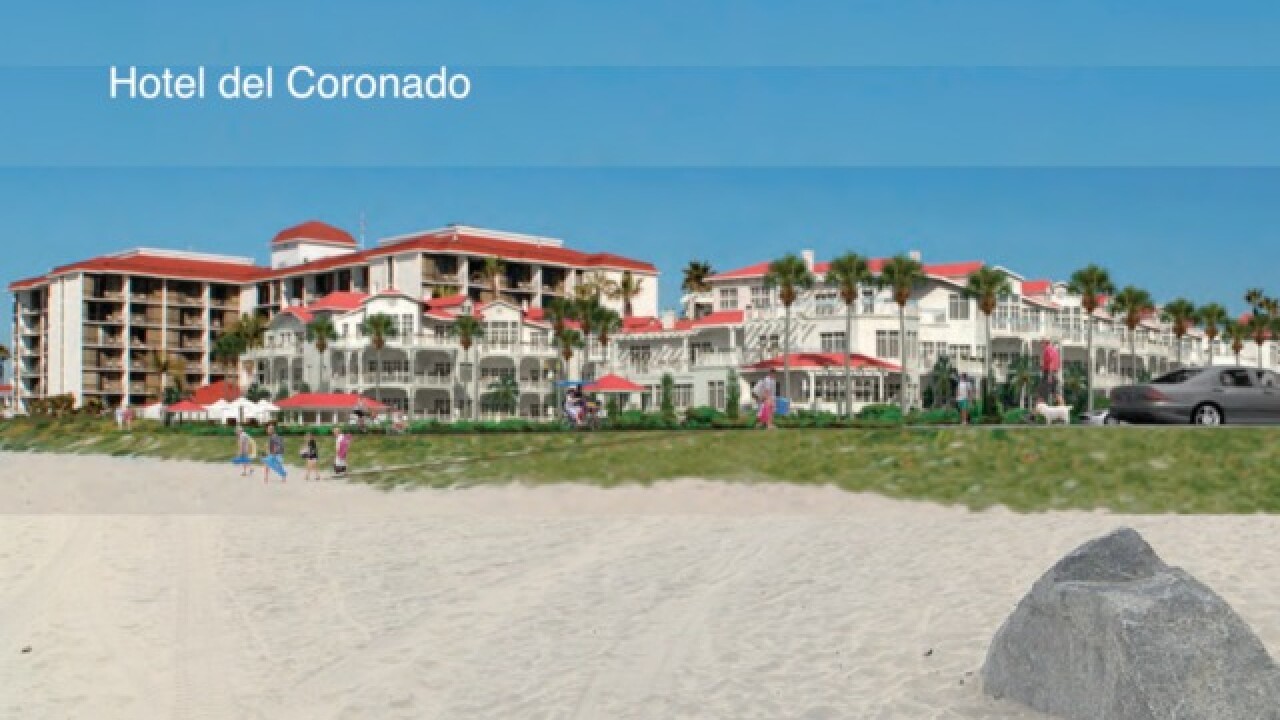 According to the times, the temporary suspension will go into effect Thursday, March 26.

The hotel told the Times that security will be on-site around the clock to ensure the protection of the historic site.

Harold Rapoza, Jr., general manager of Hotel del Coronado & Beach Village at The Del, said in a statement: "This difficult decision is reflective of the current business environment and not a result of illness or confirmed cases at the hotel."

The Hotel del first opened in 1888 as an "architectural masterpiece."

The closure marks the first time the hotel has shut its doors in its 132-year history, according to the Coronado Times.

Rapoza said the company was in the process of supporting employees through the transition and notifying guests. Guests with reservations were asked to contact Hilton Reservations and Customer Care, Rapoza said.

Construction projects at the hotel would continue "to the extent permitted" by Gov. Gavin Newsom's statewide stay-at-home order along with the
health and safety policies of the hotel's general contractor, Rapoza said.

The announcement comes as 277 San Diego County residents tested positive for COVID-19 as of Wednesday afternoon.

So far, two San Diegans have died due to the virus.