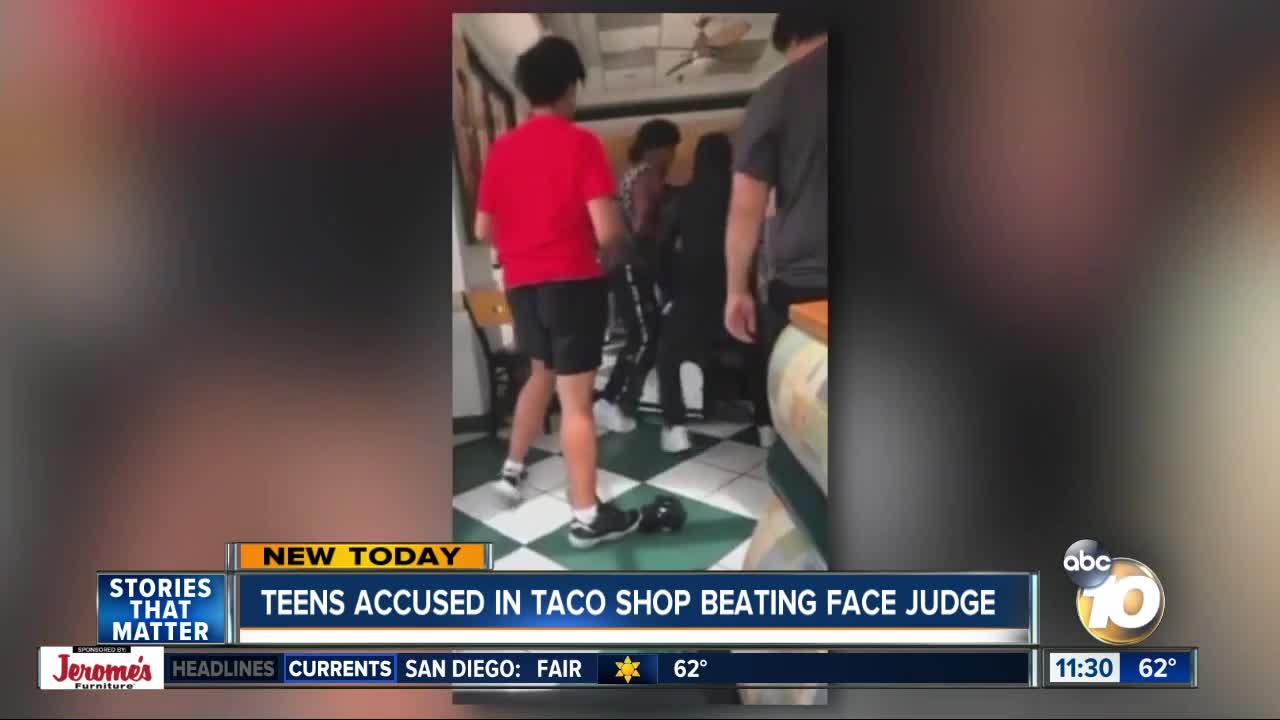 Four teens accused of attacking another teen in an assault captured on video were in a Chula Vista courtroom to face a judge. 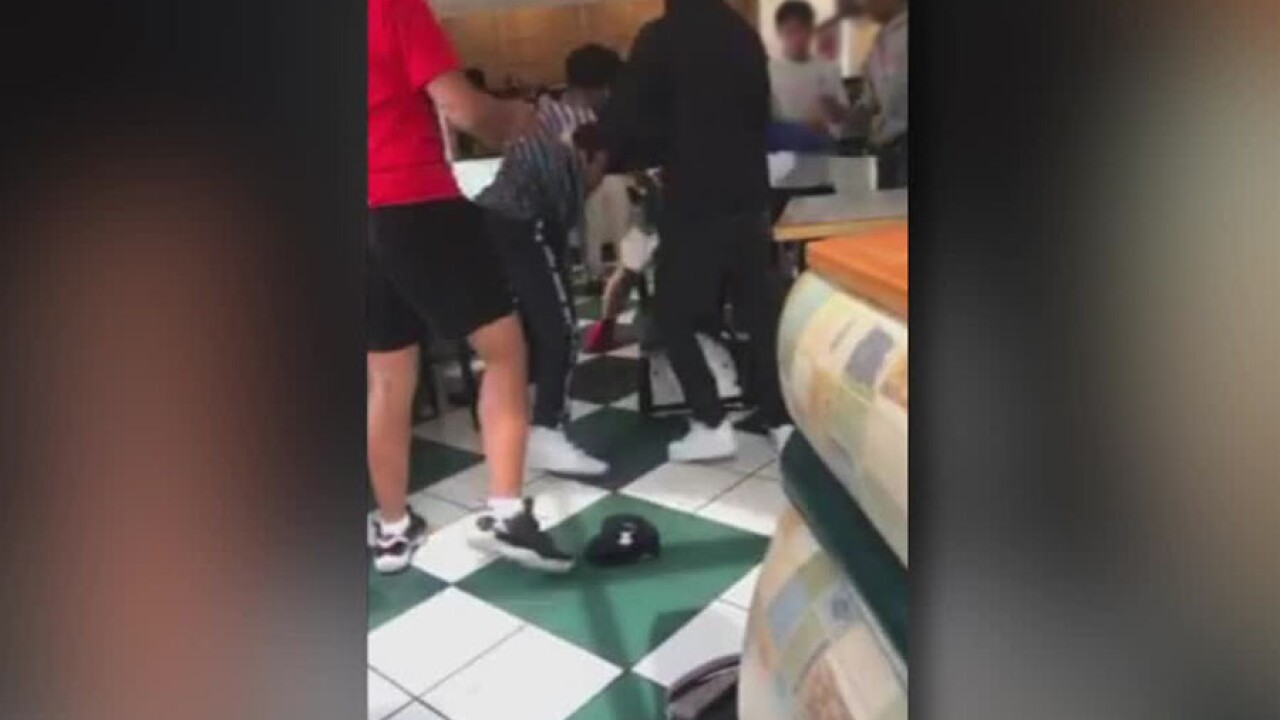 SAN DIEGO (CNS) - Four juveniles accused with two young men of assaulting and robbing a teenager at a South Bay restaurant last week, leaving him with a broken wrist, pleaded not guilty to assault charges Monday.

The four teens, along with Aldrin Uy, 19, and Kent Bernard Pasunting, 18, are accused in the April 11 attack on the 16-year-old victim at Cotixan Mexican Food in Chula Vista. The defendants allegedly cornered the victim, punching and kicking him as he was seated and continuing to attack him as he fell to the ground.

A chair was also thrown at him during the melee, which allegedly stemmed from an ongoing feud originating from a dispute on social media between the victim and one of the juvenile suspects, police said.

RELATED: Six arrested in brutal beating of teen that was captured in viral video

Uy and Pasunting pleaded not guilty to assault and battery charges last Thursday and were being held in lieu of $100,000 bail each.

The four minor defendants appeared in San Diego juvenile court this morning for a detention hearing -- the juvenile court equivalent of an arraignment.

They asked to be released from custody, but remain at a juvenile detention facility. A restraining order was also filed to prevent the defendants from coming near the victim, who was with his girlfriend at the eatery in the 1300 block of East Palomar Street when he was confronted, beaten and robbed.

The boy was unable to positively identify his assailants, but video footage of the attack "was shared on social media and gained significant media attention,'' Capt. Phil Collum said. "All six suspects were identified, in part, by the video.''

School officials and the management of the restaurant also helped police track down the suspects, according to Collum.

Last Tuesday, investigators arrested Pasunting and Uy for their alleged roles in the crime. Both had attended Mark Twain High, a continuation school with a campus at Morse High School.

The other four suspects, who range in age from 15 to 17, also were taken into custody last Tuesday. They all attended Morse High School prior to being suspended following the fracas at the restaurant.

One of the minors will be in court Wednesday for an evidentiary hearing, while the other three defendants will return to court May 1 for a readiness conference.