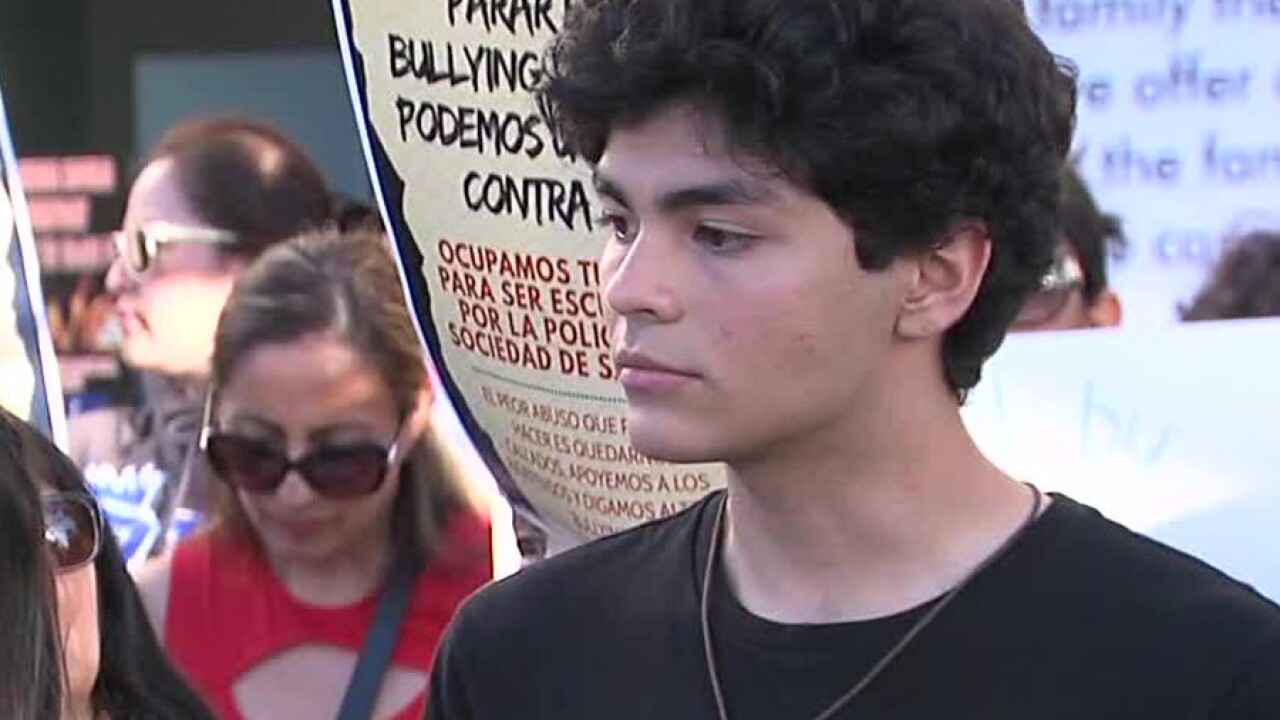 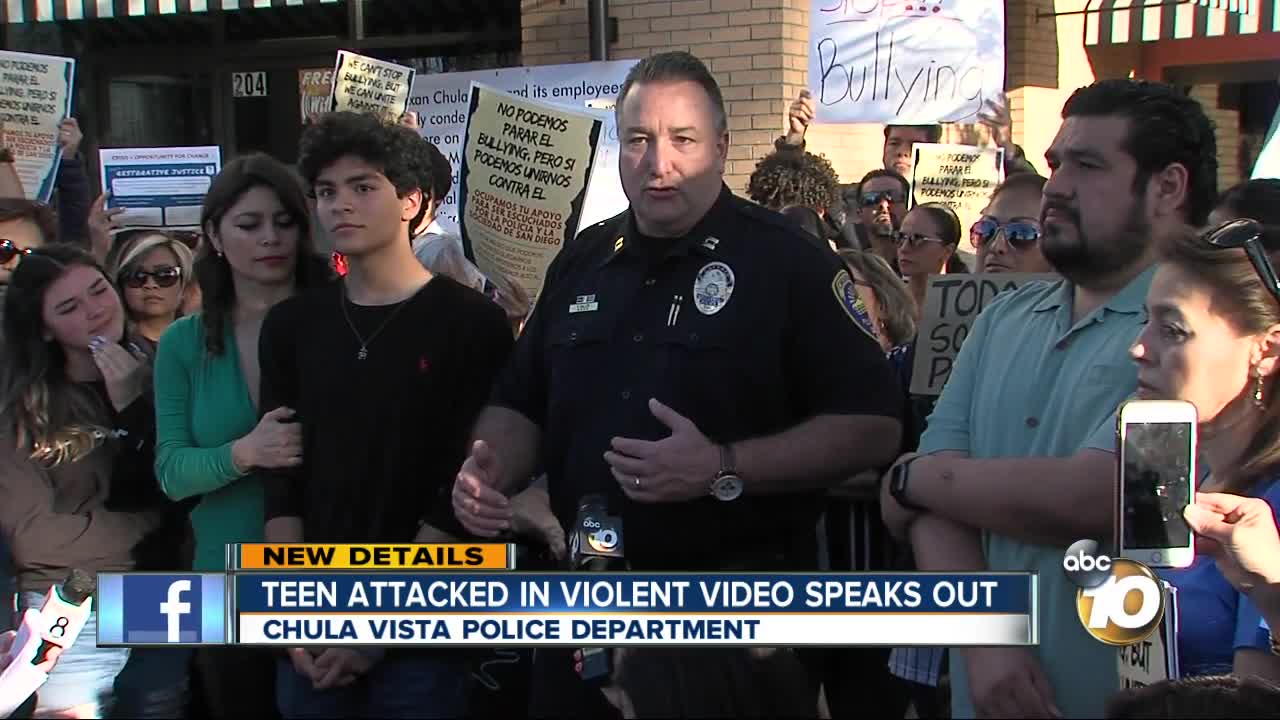 CHULA VISTA, Calif. (KGTV) - A 16-year-old boy beaten at a Chula Vista restaurant by a group of teens said he thought he was going to die as a result of the attack.

Paul Martin, his family, and many friends and other supporters gathered outside of Cotixan Mexican Restaurant Wednesday to speak on the assault that went viral after it was captured on video.

Martin’s family and other supporters hosted a peaceful protest in front of the eatery to speak out against bullying. They also asked that people step in to help if someone else is getting hurt.

RELATED: Six arrested in brutal beating of teen that was captured in viral video

On April 11, Martin was sitting inside the restaurant on East Palomar Street and was waiting for his mother to pick him up when a group of teens walked in.

In video from the incident, Martin is seen being assaulted by at least six people. The video shows Martin on the ground being kicked and punched as he struggles to protect himself.

The teen said, “They were jumping on my head, they were stomping on it. I had marks on my head for a couple of days.”

Martin’s family, who said their son still has trouble sleeping at night, were disappointed that witnesses did not try to stop the attack and bystanders simply filmed it on their phones.

Video of the incident made its way onto social media and sparked outrage. Chula Vista police said the video was instrumental in helping their investigation.

Hours before the family’s protest, police announced the arrest of six people linked to the assault. Four of them are minors, while the other two are 18 and 19 years old.

Chula Vista police Capt. Vern Sallee said, “This incident was a terrible incident of the city of Chula Vista.”

Responding to criticism that they did not take the case seriously, Sallee said that these types of investigations take time. According to Sallee, detectives analyzed the video frame by frame to identify those responsible.

“Bullying is not tolerated in any form in this community, especially among our youth,” Sallee said.

Martin, who still has trouble sleeping at night after the ordeal, pleaded for people to take action if they witness bullying.

“Next time, think if you were in that position -- would you want someone to help you or do you just want to be left alone on the ground to die?” Martin said.

The two adults in the case are scheduled to be arraigned Thursday in a Chula Vista courtroom.