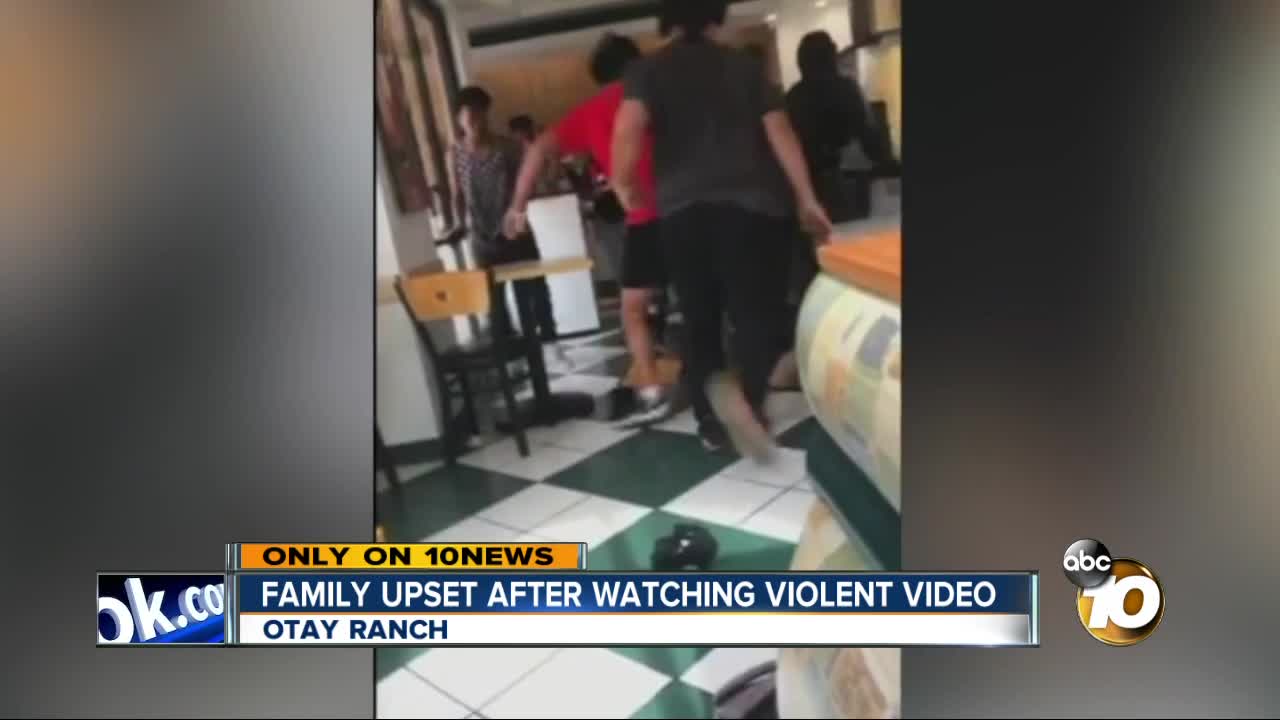 A family in Otay Ranch is hoping a group of teens will face consequences for allegedly assaulting their teenage son.

CHULA VISTA (KGTV) -- Chula Vista Police have arrested six suspects in an assault with a deadly weapon and robbery of a 16-year-old boy that occurred at a Chula Vista restaurant last Thursday, law enforcement officials announced.

Police officials said that four juveniles and two adults, all of whom are suspected of participating in the April 11 attack, were taken into custody on Wednesday.

Four of the suspects, aged between 15- and 17-years-old, attended Morse High School and have since been suspended.

"Chula Vista Police worked cooperatively with representatives of the Sweetwater Union High School District, the District Attorney’s Office, and several other officials. The victim and family, along with representatives of the Cotixan restaurant, all cooperated in the investigation. Officials with the San Diego Unified School District helped police to identify the attackers," said Chula Vista Police Department Captain Phil Collum.

The incident was captured on cell phone video and posted to social media by the teen's mother. All six suspects were identified, in part, by the video, Collum said.

The family says their teen was waiting for his mom to pick him up at Cotixan Mexican Restaurant last Thursday after school, when a group of teens walked in and started kicking and punching the boy.

The boy's father, Margarito Martin, tells 10News he was shocked when he saw the video. He says everything started days before on Instagram, when, he says, his son told someone to stop harassing one of his friends. Martin says one teen then started messaging his son telling him he was going to beat him up.

Martin says the incident was reported to Chula Vista Police but he's worried the teens will get away with what they did.

Collum said the dispute began last month when the victim and suspect got into a heated exchange on social media over comments made to one of the victim’s friends.

"On April 11th the victim and his girlfriend were sitting at the Cotixan restaurant when the suspects walked-in unexpectedly," Collum said. "Police believe the suspects entered the restaurant with the intent to attack the victim."

"The suspects confronted the victim and the group began assaulting him," Collum said.