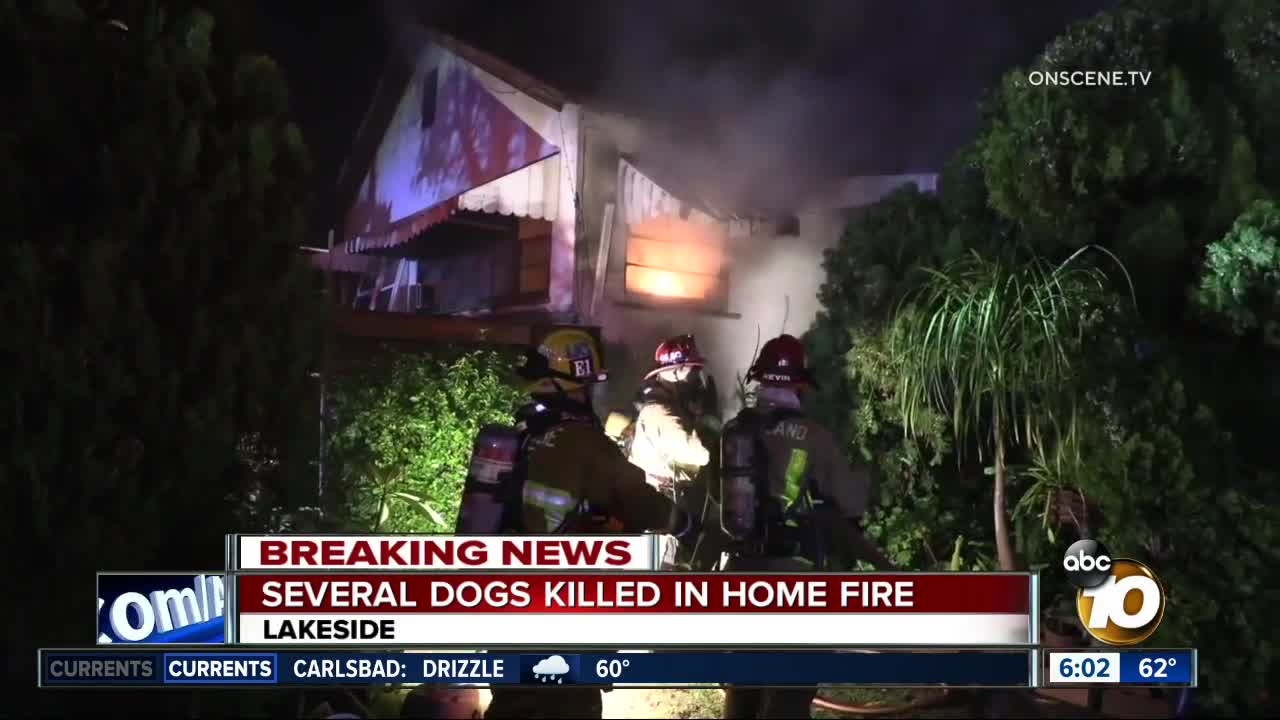 Five dogs died during a fire at a former kennel in Lakeside early Sunday morning.

The fire broke out on the 8700 block of Winter Gardens Boulevard around 3 a.m., according to the Lakeside Fire Protection District.

The house used to be a functioning kennel, but the woman who lives in the home was either pet sitting or storing the animal for residents at the time of the fire, the district says.

A total of eight dogs were inside the home when the blaze sparked. Five of the dogs and a parrot died in the blaze.

Crews say the fire started downstairs in the two-story home. The department says the age of the home made it difficult to fight the blaze.

“Old structures are lath and plaster, they’re difficult to fight fires because the fires are get deep in the walls. So it takes a long time to put those out. There is a lot of stuff inside of the home as well. So moving hoselines inside of the house is very difficult as well,” according to Bernard Molloy with Lakeside Fire.

The surviving animals were found upstairs and are expected to be okay.

At this time, it’s unclear what caused the fire.