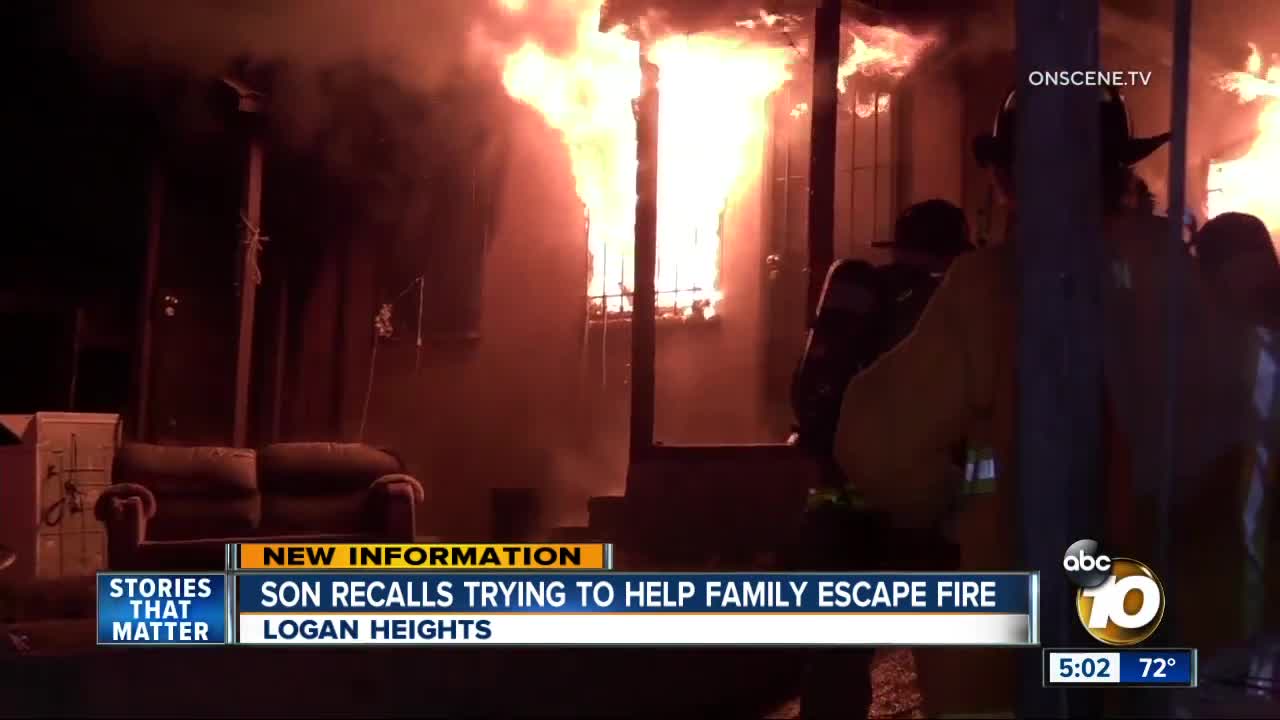 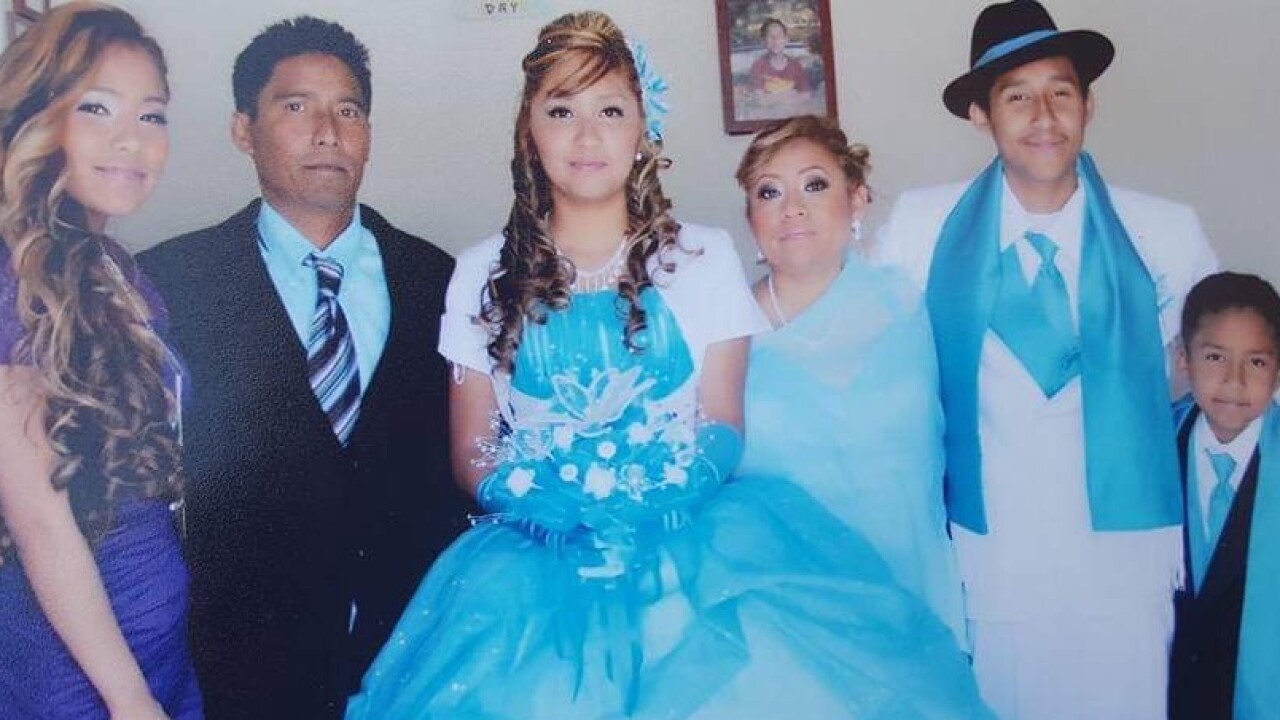 The family’s oldest son told 10News his mother and father, who he identified as Nicolasa Mayo and Jose Romero, were killed in the fire. His two younger sisters and brother remain in the hospital following the blaze.

The 26-year-old says he awoke Sunday morning to find his bed on fire. The man tells 10News he tried yelling at his family to get out of the home.

"My dogs were jumping on me, trying to wake me up. I woke up. When I woke up, my bed was on fire. I jumped out of bed and started screaming the house is on fire," said Wilber Romero.

The fire started around 4:30 Sunday morning on the 3100 block of Clay Street.

"The minute I stepped out of my restroom, my house on the inside felt warm, like really warm. The curtain was open and I looked across the neighbors house was just bursting in flames," said Maria Orona, who lives nearby.

According to the San Diego Fire-Rescue Department, firefighters had to go inside the home to pull many of the victims out.

One witness who was nearby when the fire started told 10News he could see one of the victims reaching through bars in the windows, unable to escape.

At least three fire engines and dozens of firefighters responded to the blaze.

At this time, it’s unclear what sparked the fire, but the metro arson strike team was called to the home to investigate.

A GoFundMe has been set up for the family to help cover funeral expenses.