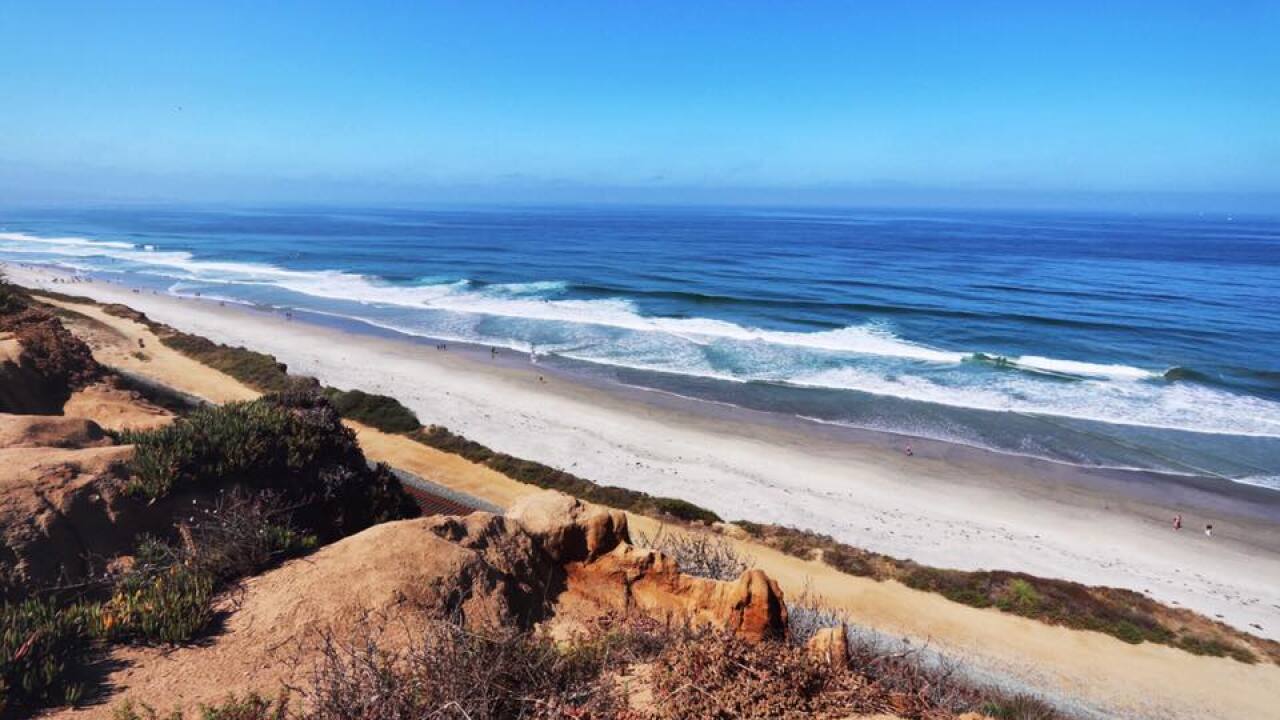 A juvenile shark, about 5 feet long, was spotted Friday afternoon. It did not show signs of aggressive behavior, lifeguards said. The water was not cleared of swimmers and surfers.

Drew Pierce, who went to Del Mar to avoid triple-digit heat in Temecula, was in the water Wednesday when he saw several 3-4 foot long sharks.

“When the wave was about to crash, I just saw all of them swimming in a group.”

Farther up the coast, two local surfers spotted multiple sharks near El Portal Beach in San Clemente Friday afternoon, City News Service reported. One of the sharks was about 10 feet long, prompting officials to close the beach at the 204 surf spot.

A shark was also spotted off the coast of Coronado Wednesday.