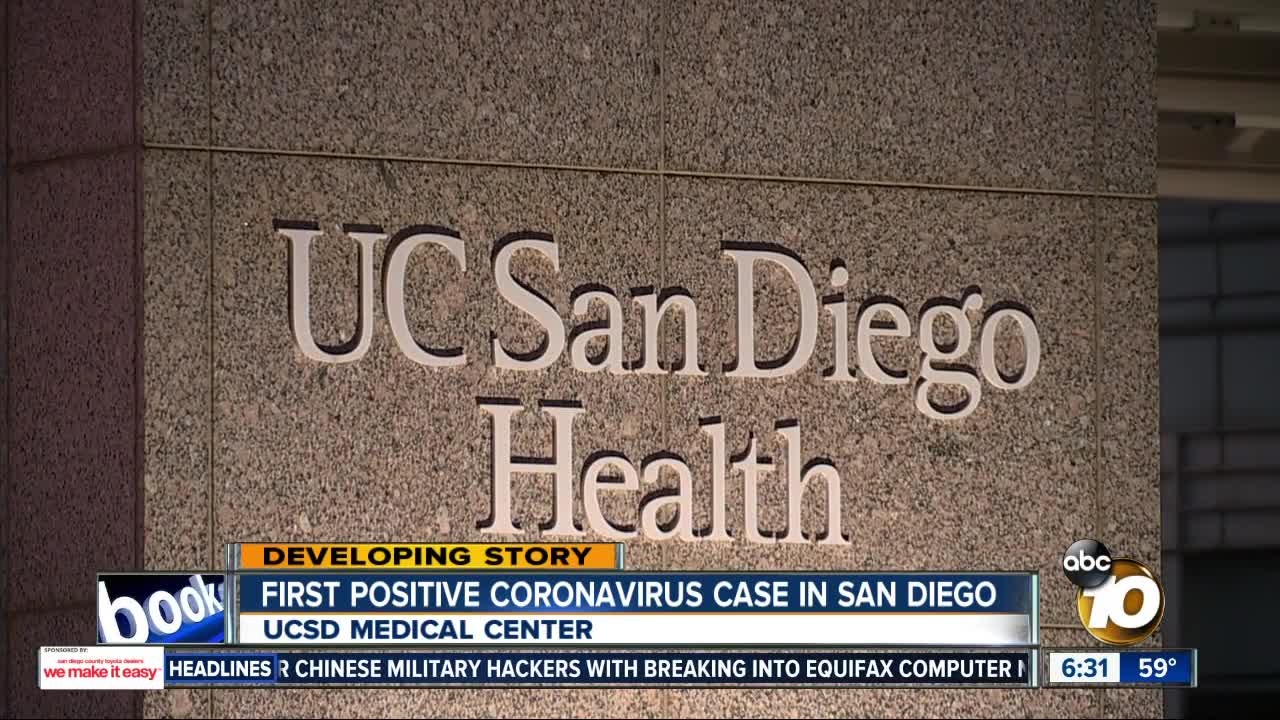 The first person in San Diego to test positive for coronavirus is at UC San Diego Medical Center and is in good condition. 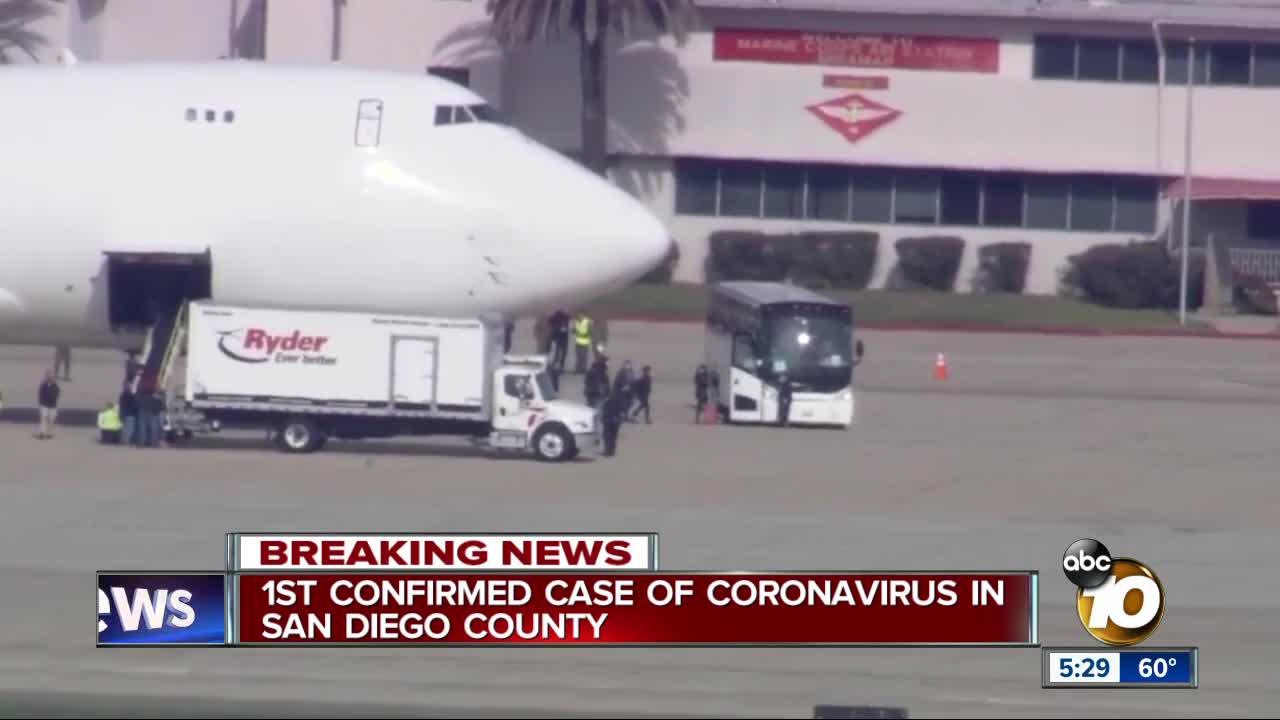 SAN DIEGO (KGTV) -- The first case of coronavirus in San Diego was confirmed on Monday, with the patient reported to be in good condition at an area hospital.

A source told 10News the adult patient was aboard the first flight from Wuhan, China to MCAS Miramar last Wednesday.

It remains unclear whether the patient is a man or a woman at this time.

Tom Skinner, spokesman for the Centers for Disease Control and Prevention, told 10News two patients -- one at Rady Children’s Hospital, the other at UC San Diego Medical Center -- were under observation for possible exposure to the virus.

UC San Diego Health officials said they were informed by San Diego Public Health officials that four patients being evaluated for the virus tested negative. At the direction of the CDC, all four individuals were discharged and sent back into quarantine at MCAS Miramar.

The hospital says the CDC later advised public health officials that, upon further testing, one of the four patients tested positive for coronavirus. The individual was "returned to UC San Diego Health for observation and isolation until cleared by the CDC for release."

The patient is said to be in good condition.

The first flight carrying 167 people from China landed at Miramar last Wednesday. A second plane carrying an unknown number of people arrived at the base later in the week.

According to the Centers for Disease Control and Prevention, all those aboard the flights were quarantined for a mandatory 14-day hold.

A father and daughter who were among those in isolation at Rady Children’s Hospital later tested negative for novel coronavirus. The man's father-in-law who stayed in Wuhan, however, passed away from the virus. A GoFundMe accounthas been set up for the family.

Meanwhile, nearly 200 Americans arrived at March Air Reserve Base in Riverside on Jan. 29 and are quarantined there after being evacuated from Wuhan. That quarantine period ended Tuesday morning, with none of them showing any signs of the disease.