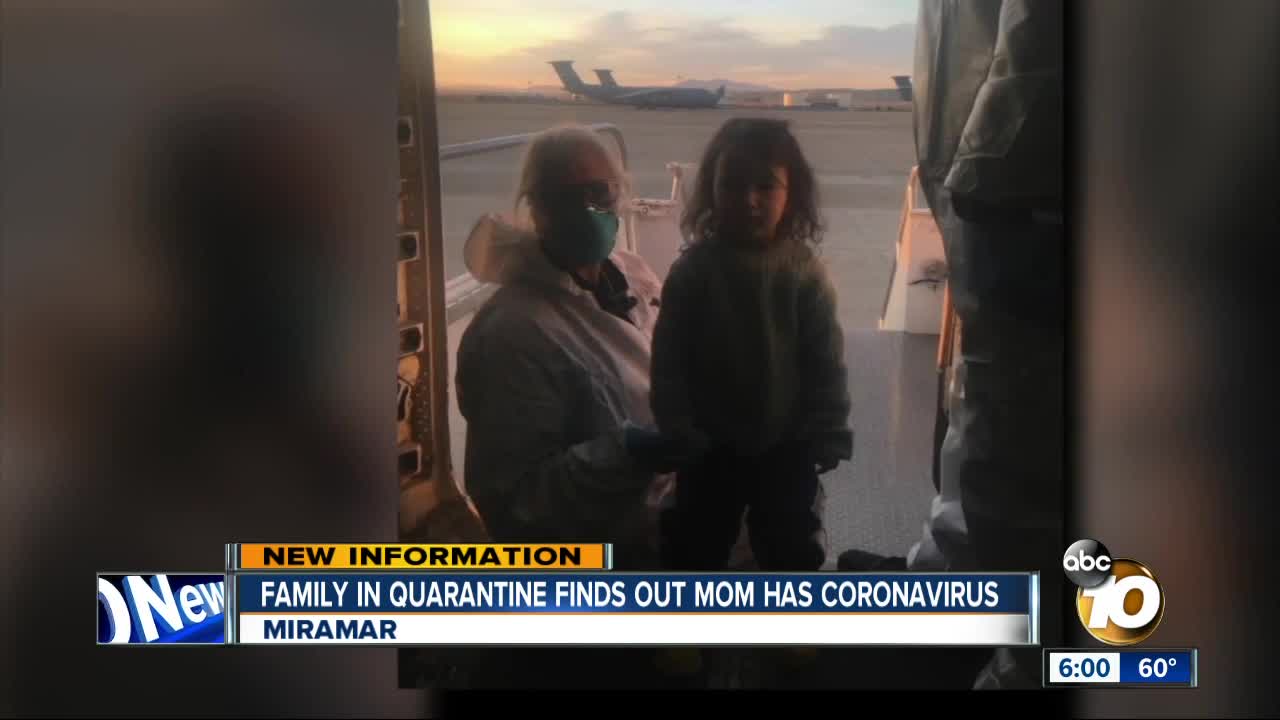 Family in quarantine at Miramar finds out mother now has Coronavirus in China. 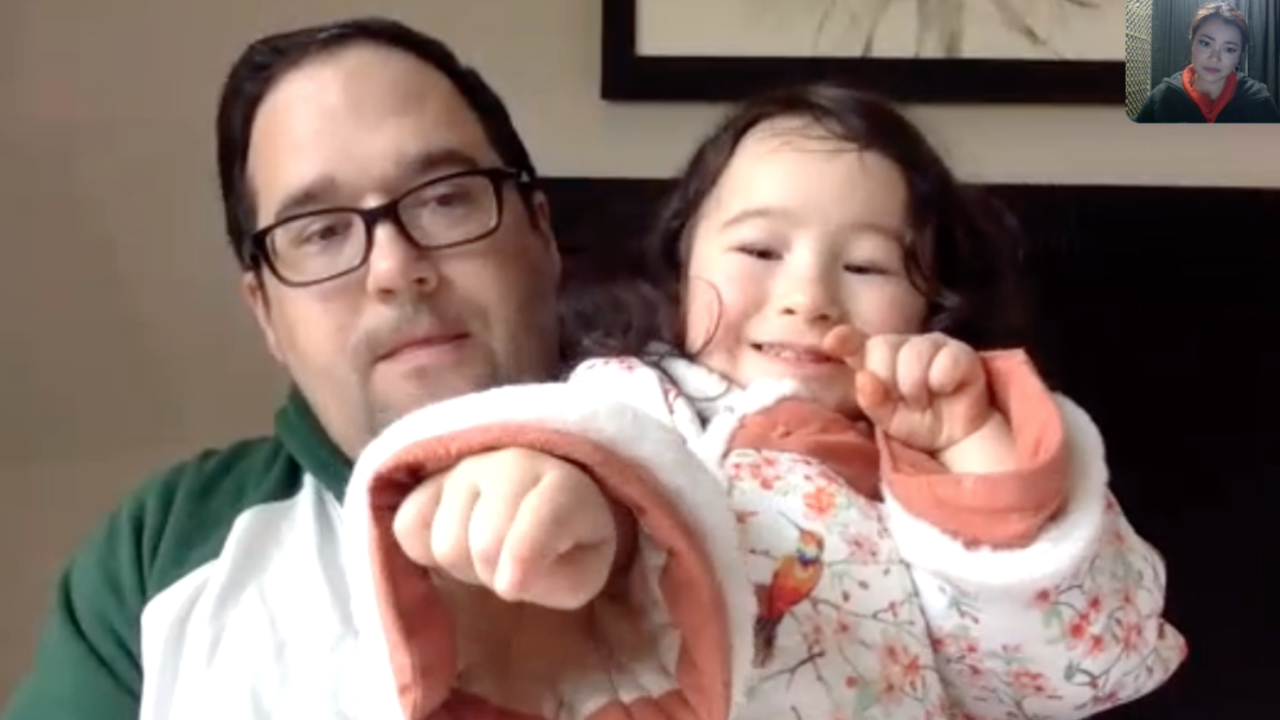 SAN DIEGO (KGTV)-- An American father and daughter were recently cleared of the novel coronavirus after spending two days at Rady Children's hospital. But back home in China, Frank Wicinski told 10News that things are looking grim.

Saturday was the first day that three-year-old Annabel Wicinski spent some time outside. The day after she and her father returned from Rady Children's Hospital, she played on the swing set at Miramar Airbase.

"It's great to be out and running around, especially for her because she has a lot of energy, as you can tell," Wicinski said over Skype.

The US embassy flew the two from Wuhan, China, to Miramar Airbase on Wednesday. They spend the next two days at Rady Children's Hospital under observation. Then on Friday, the father and daughter were cleared of the coronavirus and returned to quarantine at the base. Sunday is day five of their 14-day quarantine. But the good news stops there.

"[My wife] was told by the doctors, 'Your father is dying, and probably has one to two days left.'" Wicinski said.

Wicinski's wife, Li Qiong's father, who has been ill with the coronavirus, was waiting for weeks to get a hospital bed in China. Saturday, he was finally admitted, but his condition took a turn for the worse.

"A lot of people in her family were against marrying an American," Wicinski said. "They wanted her to marry a Chinese man, but he was the one person that said, 'marry the person you love.'"

"I feel like I should've stayed that I could've," Wicinski said. "I mean, on the one hand, I know getting Annabel out of there was the right thing to do. But she's my wife, and I love her."

All he can do now is pray. Pray that Li Qiong survives. Pray that one day, the three of them can finally reunite.

"She's young, and she's strong, so I have faith that she'll pull through," Wicinski said.

Wicinski hopes he and Annabel will be released from Miramar on February 18, and eventually, make it back to his family's home on the East Coast. When he will be able to see his wife again is still a mystery.