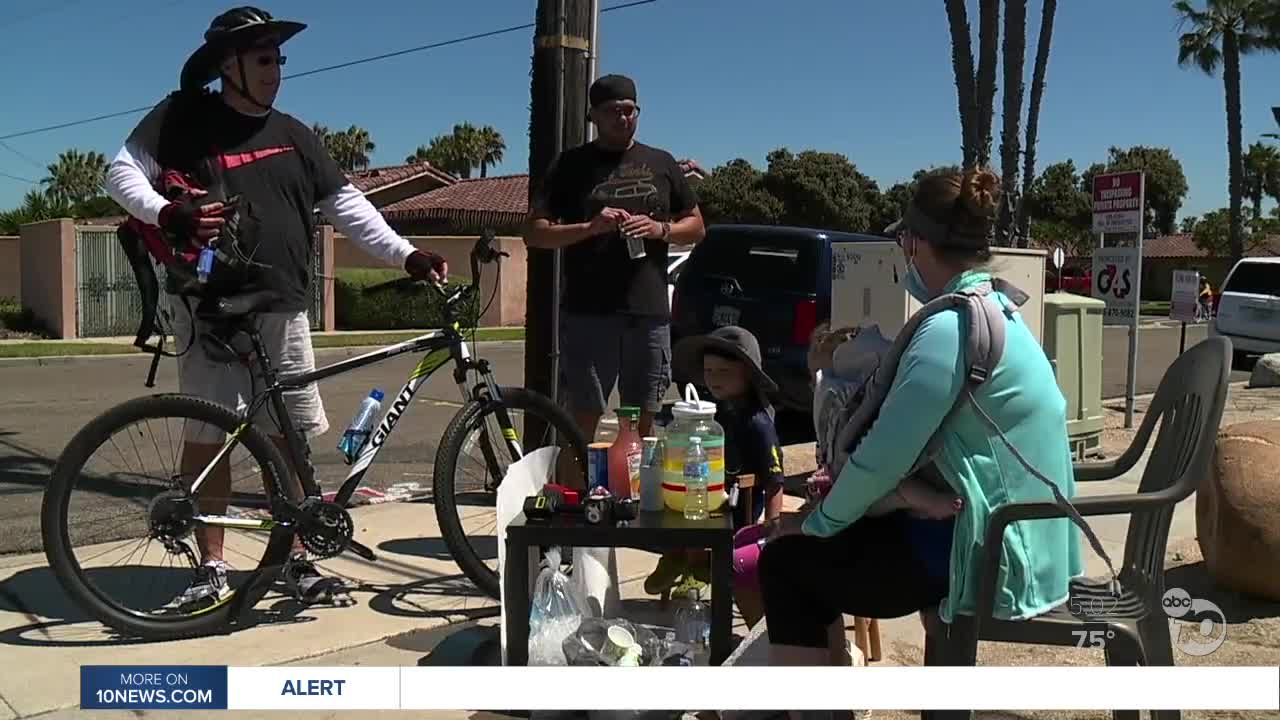 The family of a sailor aboard the USS Bonhomme Richard took to an old fashioned method to raise money for those affected by the fire aboard the vessel.

SAN DIEGO (KGTV) - Family members of military members on the USS Bonhomme Richard set up a lemonade stand over the weekend to raise money for the Navy and Marine Corps Relief Society.

Becca Kofonow and her three children set up shop on the Siver Strand Saturday morning.

It's been a hard week. Last Sunday the USS Bonhomme Richard burst into flames, "our papa was on it... he was on the ship on duty when the fire started," his young son said.

They saw the thick black smoke from their backyard. Becca said they went to a friend's house to get away from the dreary scene.

"My grandmother used to say when you feel bad, do good and you won't feel so bad anymore," Becca said it was her kids' idea to make a lemonade stand to help.

Their donations came in quickly and will go to helping Navy and Marine Corps families.

"When someone needs something they are there for them so we thought this would be a good way to give back," Becca said.

She hopes if people can't stop by their stand, they will hear their message and help if they can.