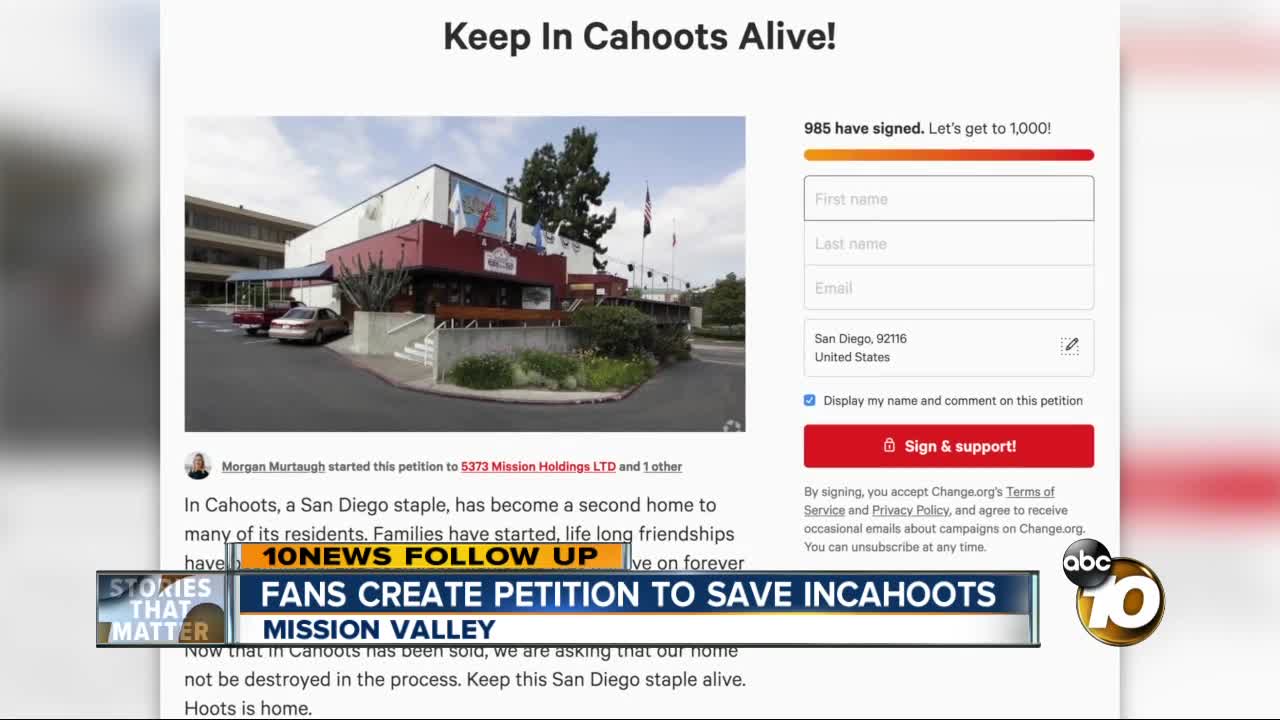 Country music lovers in Mission Valley are fighting to keep InCahoots from closing at the end of the year. 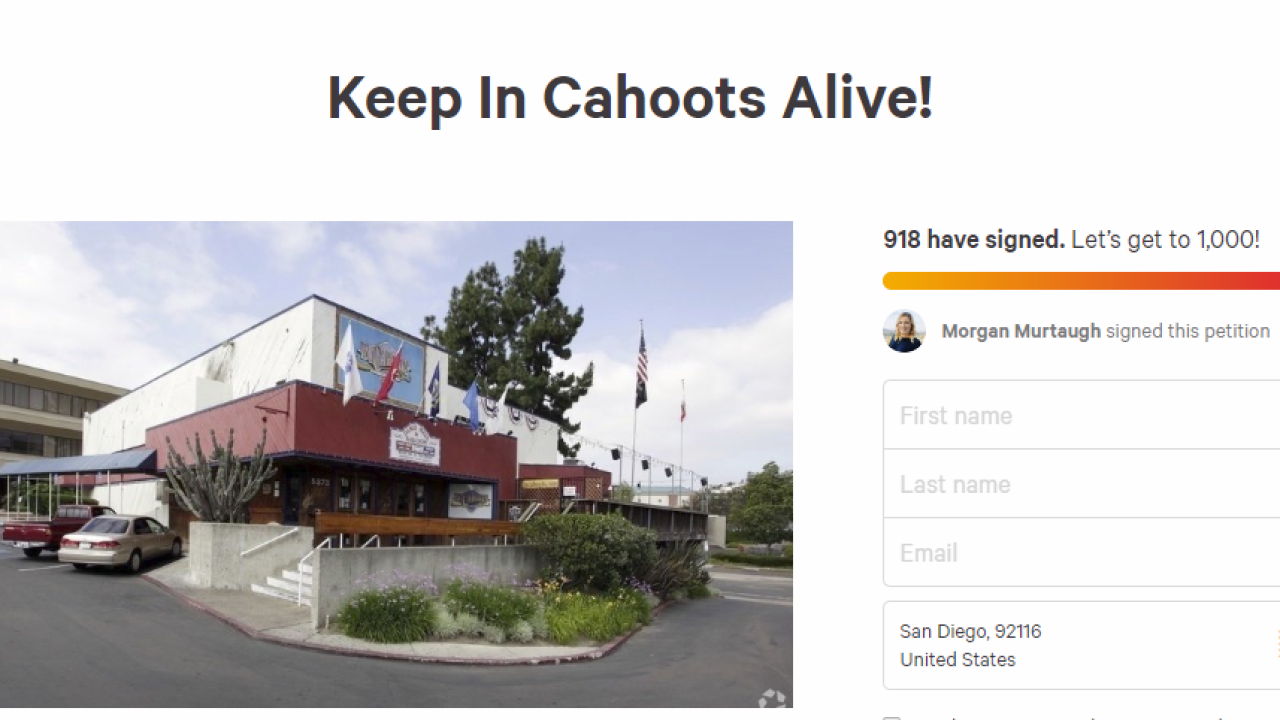 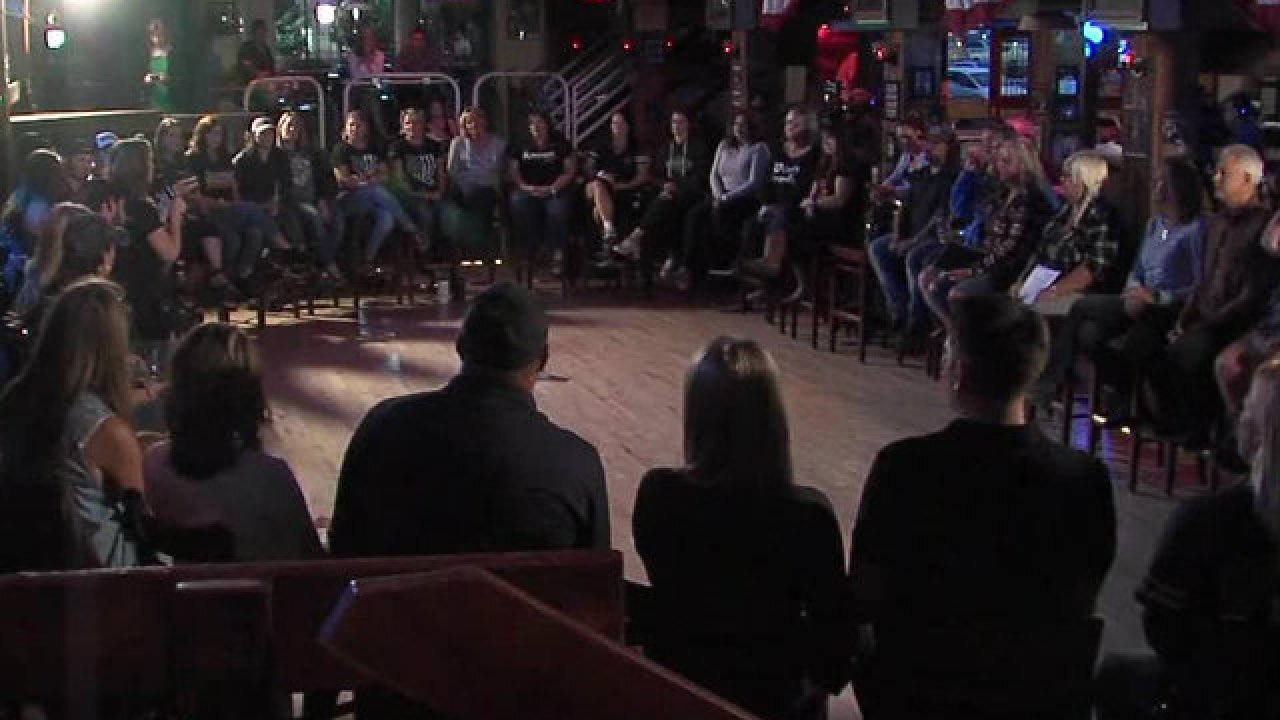 SAN DIEGO (KGTV) - Country music lovers in Mission Valley are fighting to keep InCahoots from closing at the end of the year.

One woman started a petition on change.org in hopes of saving the beloved bar.

Former congressional candidate Morgan Murtaugh started the petition on Sunday. She said she has been going to InCahoots for years and was devastated to find out the bar was sold.

The owner tells 10News the land was sold and their lease was not extended. The bar’s last day is scheduled for New Year's Eve.

Murtaugh hopes the new landowner will reconsider and let the bar continue leasing the building. If not, she says she plans on fighting any future plans for the use of the building or the land.

InCahoots has been in Mission Valley for 26 years. Most recently, it became a safe space for hundreds of Route 91 survivors who gathered at the bar every Monday night for group therapy sessions.