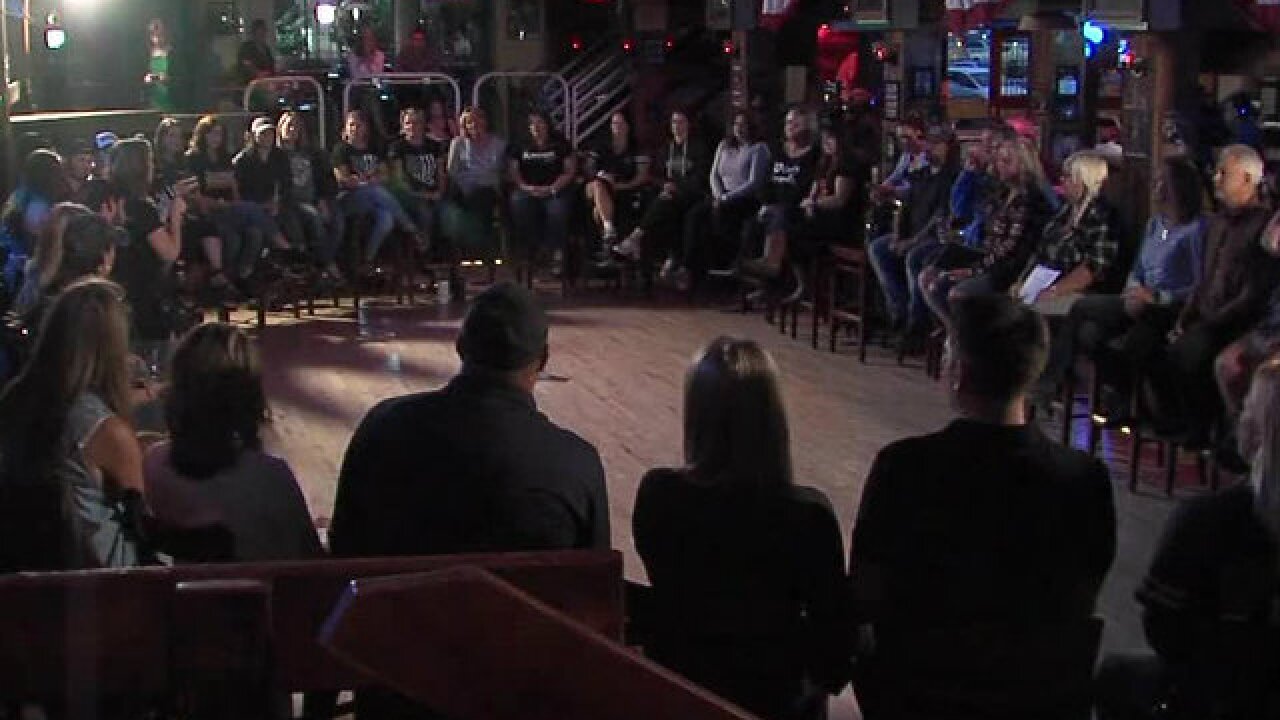 Dozens of local survivors have been meeting every week at InCahoots bar in Mission Valley. The sessions are led by clinical psychologist Dr. Shiva Ghaed, who also survived the mass shooting.

Many were tearful, saying the anxiety and fear is beginning to build again.

"I've just been a wreck. I’m constantly thinking about it. I'm always looking over my shoulder, I'm edgy, emotional,” said one survivor.

“How are you all feeling as we're getting close to going up to Vegas or staying here for the one year?” Ghaed asked the group.

Kelly Herrington has had multiple surgeries and skin grafts after surviving a bullet wound to her leg.

“I knew I was hit right away. People were still laying on the ground, no one had started running yet. I looked at my husband and said, ‘I've been shot,’” said Herrington.

Herrington said she struggles when she thinks of the children who lost parents that night.

“I have kids and when I'm doing something with them, their baseball game, anything really, I think, ‘There's kids out there that their mom is not there because she went to a concert that night,’” said Herrington.

Another woman talked about her constant fear of public places.

Ghaed uses logic and compassion to help the group through their feelings.

Dozens of survivors are heading to Las Vegas next weekend for a reunion with other survivors on Saturday and then for a benefit concert Sunday.

Many of them will be back at InCahoots on October 1 for a potluck to mark the anniversary and honor the 58 people who died.