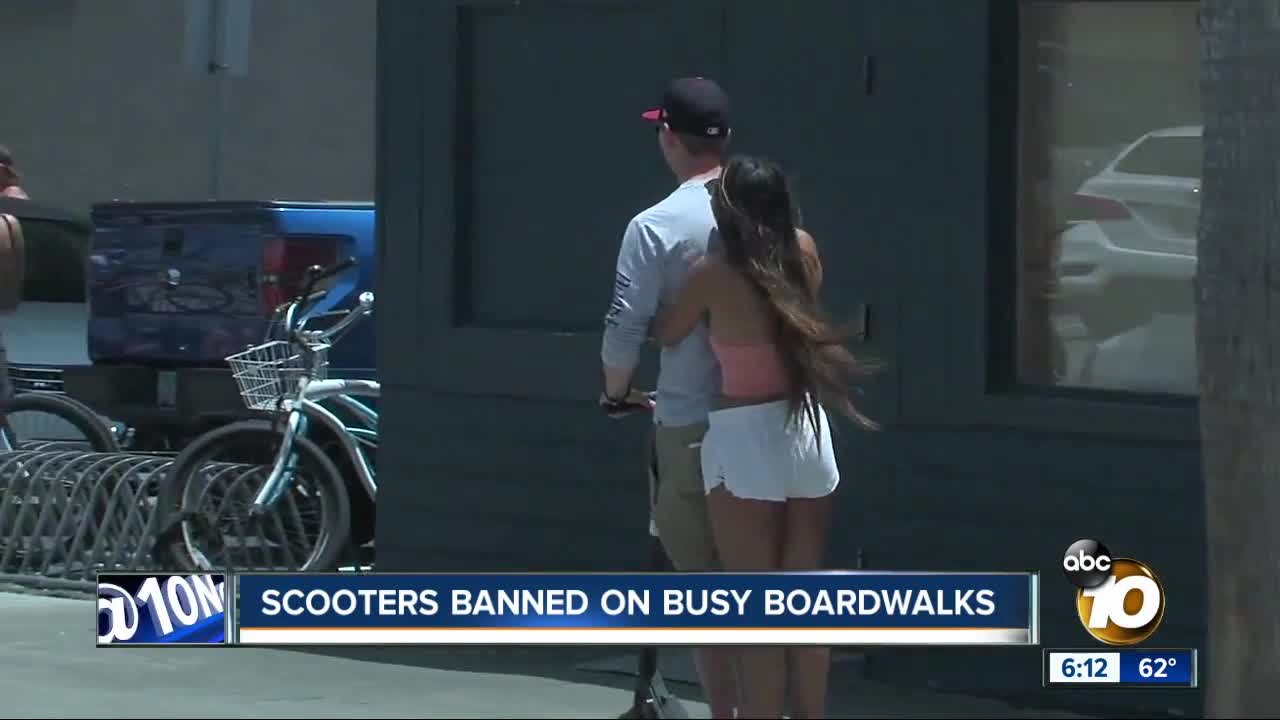 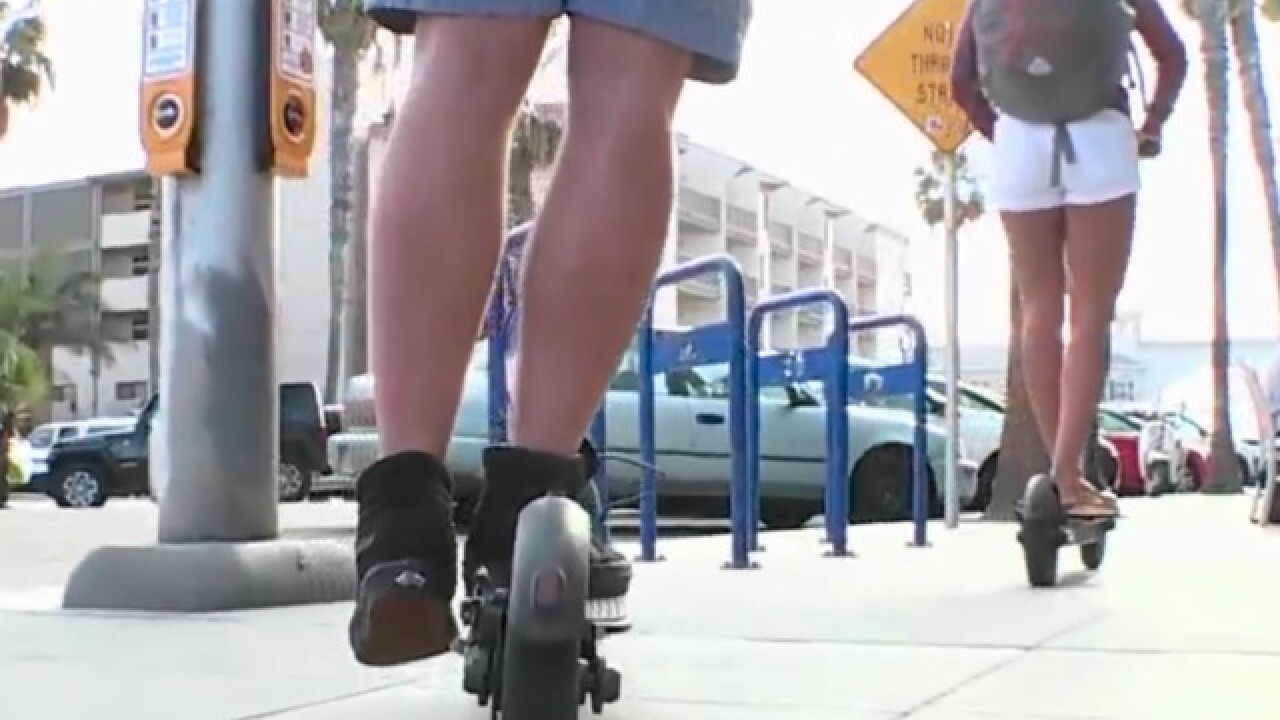 The ordinance bans the use of motorized vehicles like e-bikes and dockless electric scooters -- but not including motorized wheelchairs -- along Mission and Pacific beach boardwalks, Mission Bay Park Bayside Walk and the La Jolla Shores Boardwalk.

The vote was 5-4 -- identical to last month's vote on first reading of the measure, with councilmembers Georgette Gomez, Chris Ward, Scott Sherman and Chris Cate dissenting.

"This will protect pedestrians and cyclists," Bry said. "The boardwalks are Class One bike paths and should be kept safe.

"Today was a big win in prioritizing public safety over corporate interests," Bry added in a release.

Class One bike paths mean only pedestrians, bicyclists and people using non-motorized forms of transportation are allowed to use them.

The ordinance also will add a speed limit on the scooters in those prohibited zones, dropping the previous city ordinance on dockless electronic scooters from 8 mph to 3 mph.

At least one person -- a 48-year-old man -- has died from injuries sustained in a dockless scooter collision on the Mission Beach Boardwalk. His June 2019 death occurred prior to the enforcement of the city's regulations, which went into effect July 1 and limited scooter speed limits on the boardwalk to 8 mph.

Last April, the city approved a regulatory package for the dockless scooters and similar vehicles.

Representatives from Bird, one of the city's remaining purveyors of rental scooters, said the ban was short-sighted, contending that scooter users would now be forced onto busy thoroughfares like Mission Boulevard, where there are no bike lanes. The company representatives urged the council to provide pop- up training for riders, ample signage and a bike lane for personal motorized vehicles.

Councilman Mark Kersey voted to approve the ordinance, but said he was concerned about some of those issues.

"I think we need to gather better data in the future," he said. "In looking at the bike master plan, I see a Class Two bike facility on Mission Boulevard is 32nd in priority. I would request city staff move that up in priority."

Reports on the scooters' success in San Diego before the ordinance have shown a marked decrease in usage. Bird reported that in the first six months of 2019, it logged 182,000 unique rides. The latter half had 43,000. On Jan. 9, Lime pulled its scooters from San Diego's streets, citing declining ridership and a lack of clear regulations from the city on e-bikes and scooters.

Proponents of the ban spoke to the council, with one man showing video clips of people moving faster than 15 mph on a busy stretch of boardwalk, many with unlicensed, personal e-bikes or scooters.