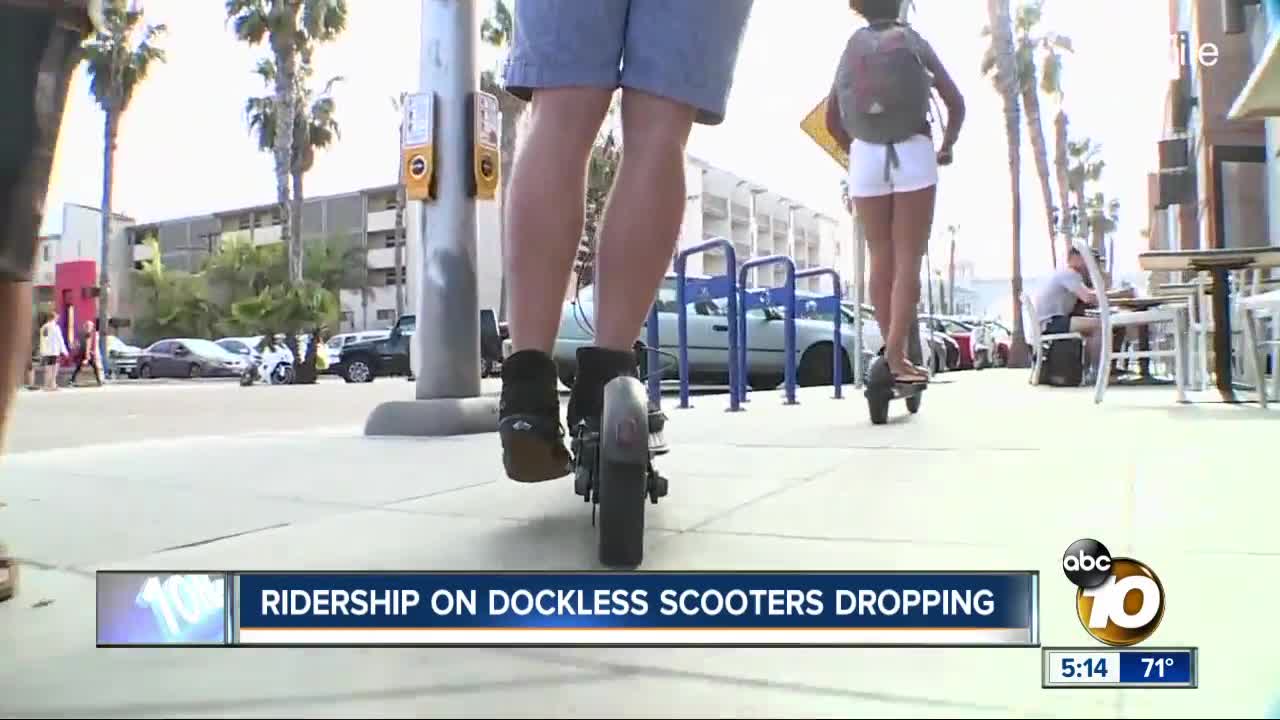 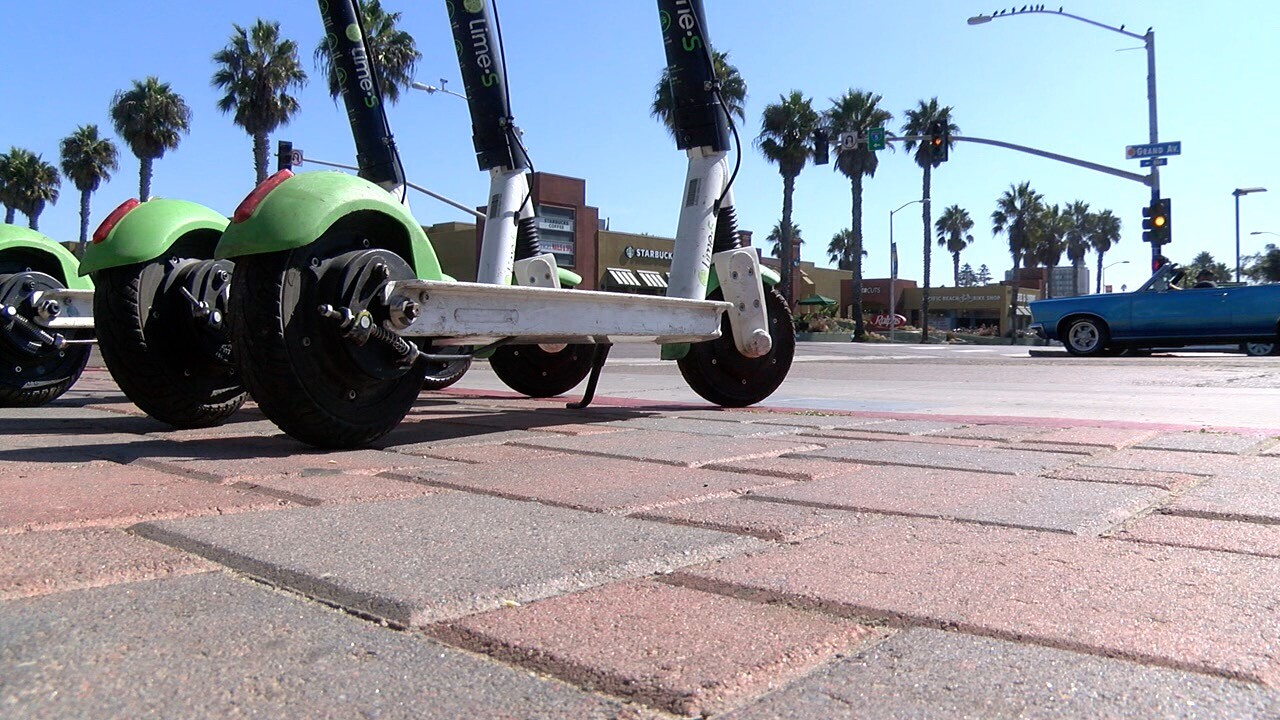 SAN DIEGO (KGTV) — Ridership of dockless scooters and bikes has dropped off dramatically since the summer.

"When I first started they were littered everywhere," said Kelly Callaghan, who rides scooters in Pacific Beach. "It's pretty insane how the change happened like this."

On Monday, only a handful of people could be spotted riding dockless scooters in some of San Diego's most traveled areas, including downtown and the Mission Beach and Pacific Beach boardwalks.

The change could be due to more than just the summer being over.

In July, the city instituted new rules that — among other things — required scooter operators to use geofencing technology to reduce speeds on the waterfront and boardwalks to 3 miles per hour.

Additionally, police have issued 383 citations and the city has impounded 3,733 devices.

So far, two operators have pulled out, and a city hearing office may revoke Lime's permit within the next 30 days.

In a statement, Lime said it hopes to continue operating in San Diego

“We’re proud of our partnership with the City of San Diego and we believe the evidence presented demonstrates that Lime is the most compliant scooter operator in the city," the company said. "We look forward to addressing all concerns, proving our compliance, and continuing to serve the San Diego community.”

On Monday, the City Council approved a response to a grand jury report that said in part the city should increase scooter enforcement.

Recommendations to make changes to the city rules could come in the next 30 days.