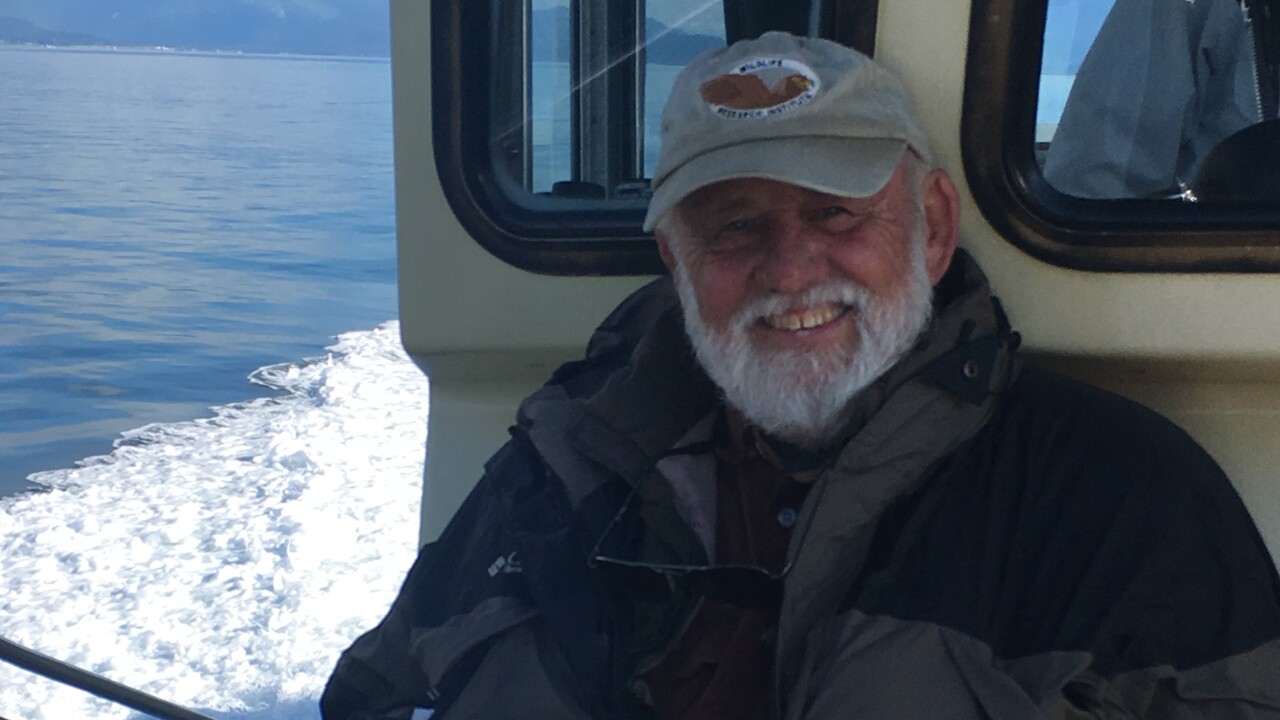 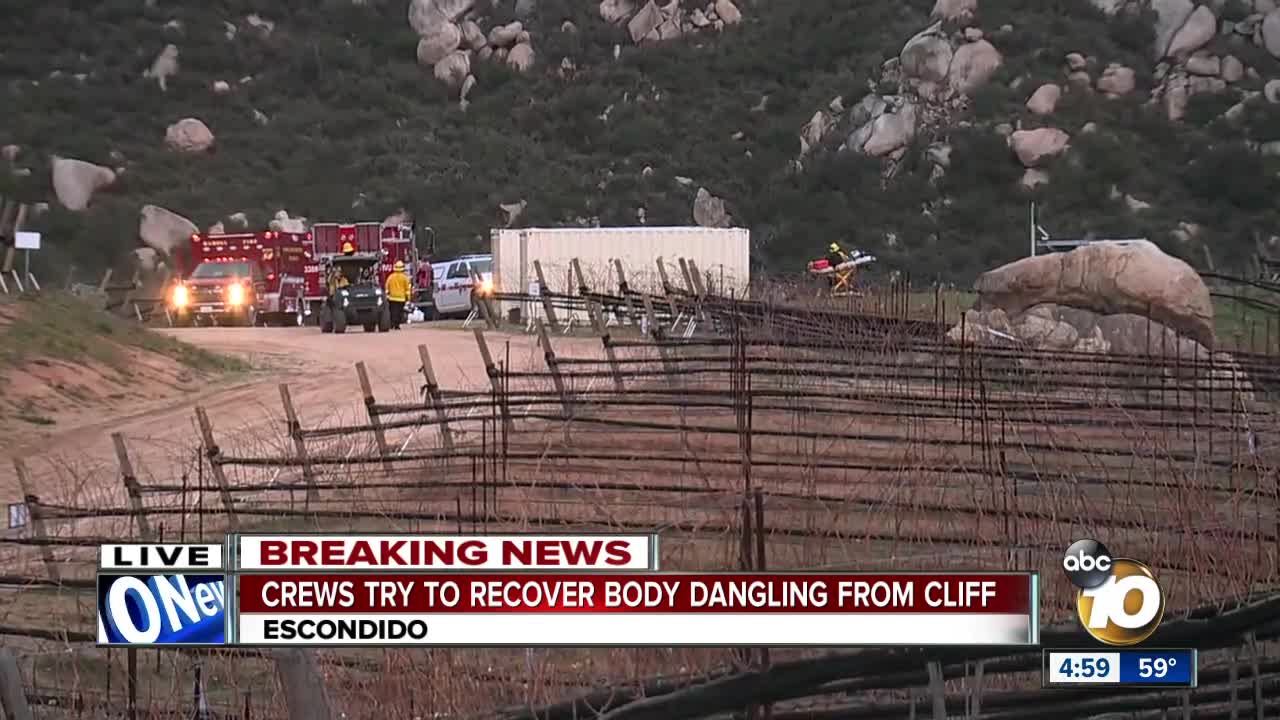 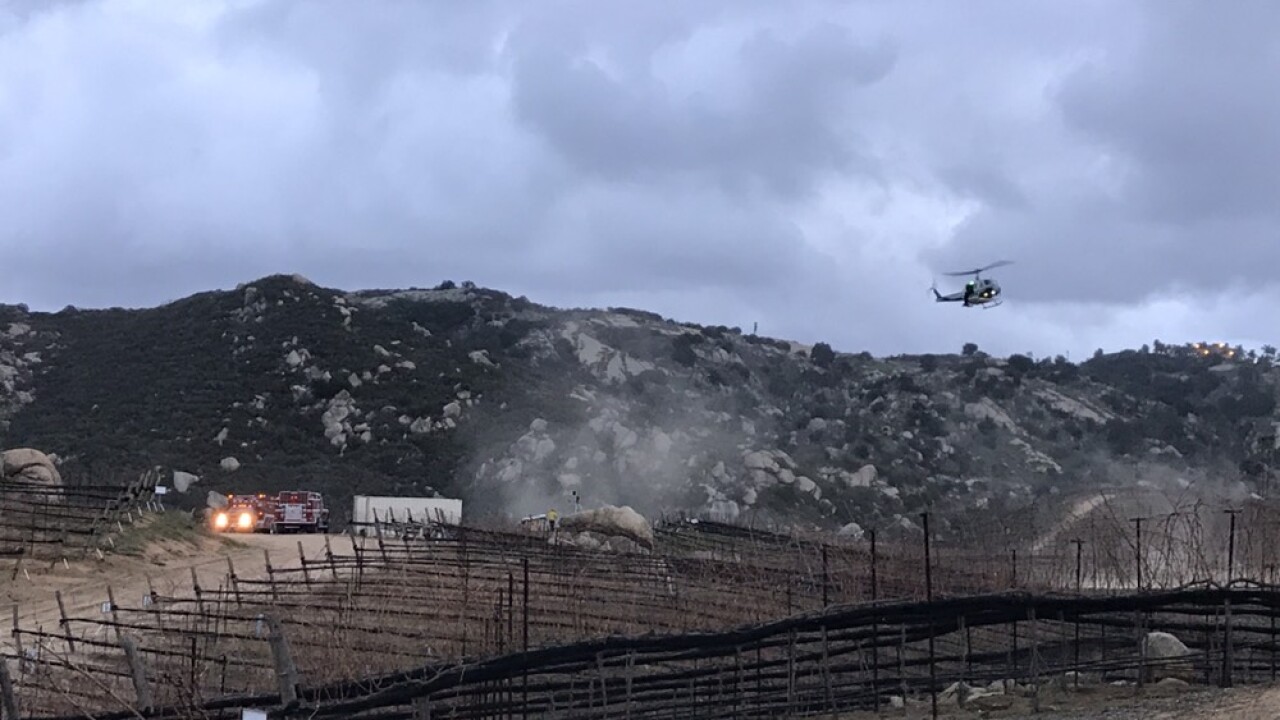 ESCONDIDO, Calif. (KGTV) -- A man died after falling off a cliff in Escondido Thursday afternoon.

Emergency crews were called to the 16000 block of Highland Valley Road late Thursday afternoon after reports of the man dangling more than 50 feet off the side of a cliff. The man was identified Friday as 75-year-old John David Bittner of Julian.

Cal Fire says Bittner was working to replace batteries on wildlife cameras when the accident occurred. He was with a friend rappelling down a cliff in Brady Canyon with suffered a fall and yelled for help to his friend.

RELATED: Local ill woman among those claiming they were misled by hydrogen water company

Crews were able to recover Bittner using a helicopter, but he enterted cardiopulmonary arrest and died at the scene, Cal Fire and the county Medical Examiner said.

CalFire attempted to rescue a climber in remote Escondido who was replacing batteries on wildlife cameras. They recovered the body but said the climber has died. pic.twitter.com/VupO8CT2CJ