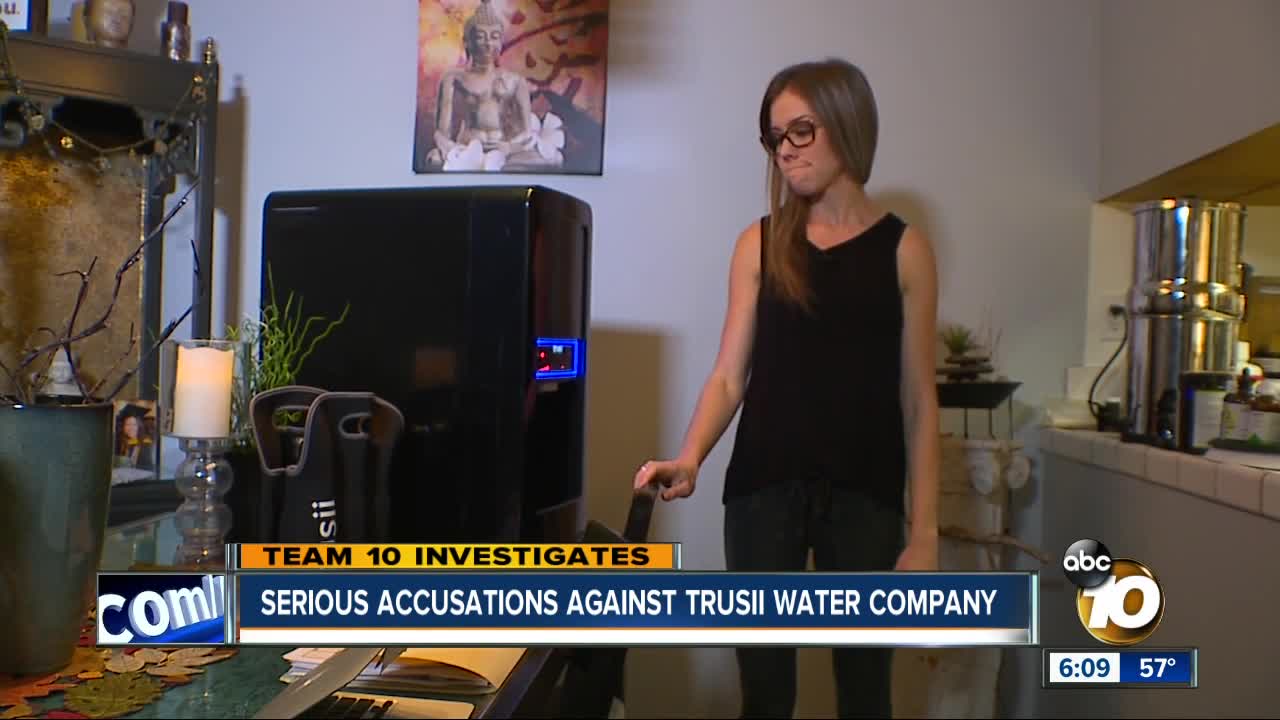 People hoping to improve their health say they were tricked into buying a hydrogen water machine for thousands of dollars. Team 10 investigative reporter Jennifer Kastner sat down with a local woman battling a serious illness who says she fell for it. 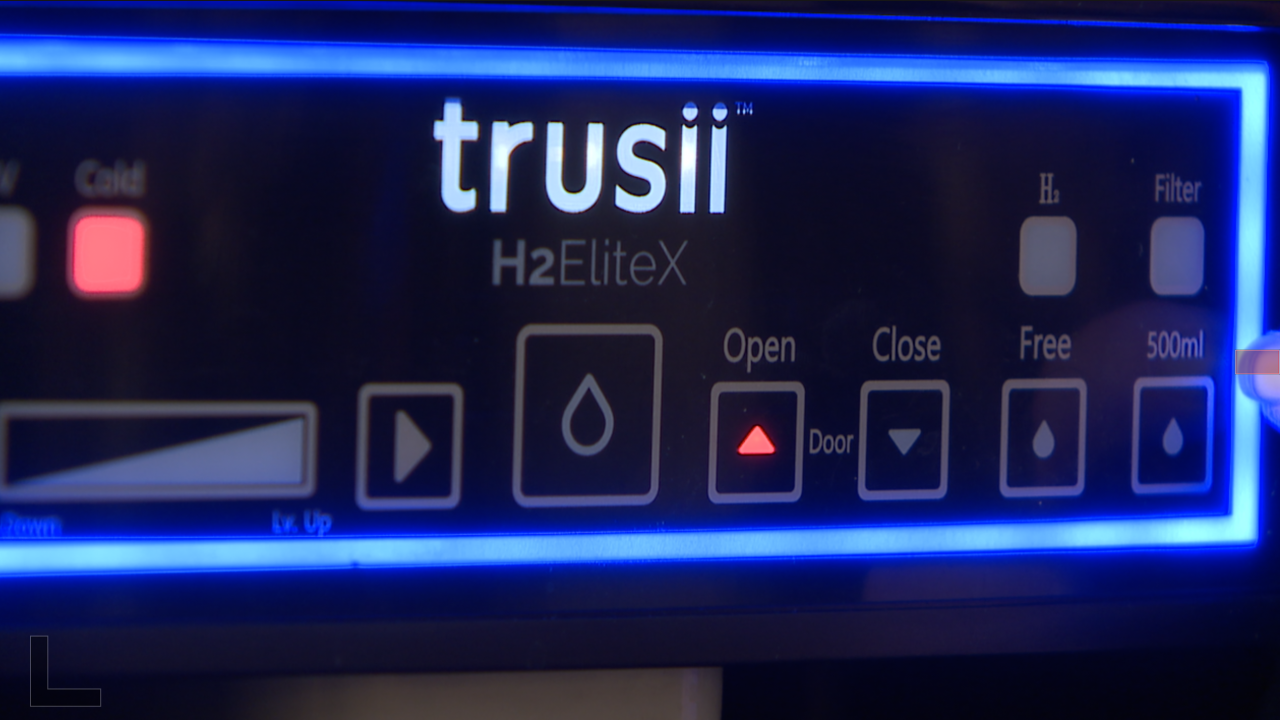 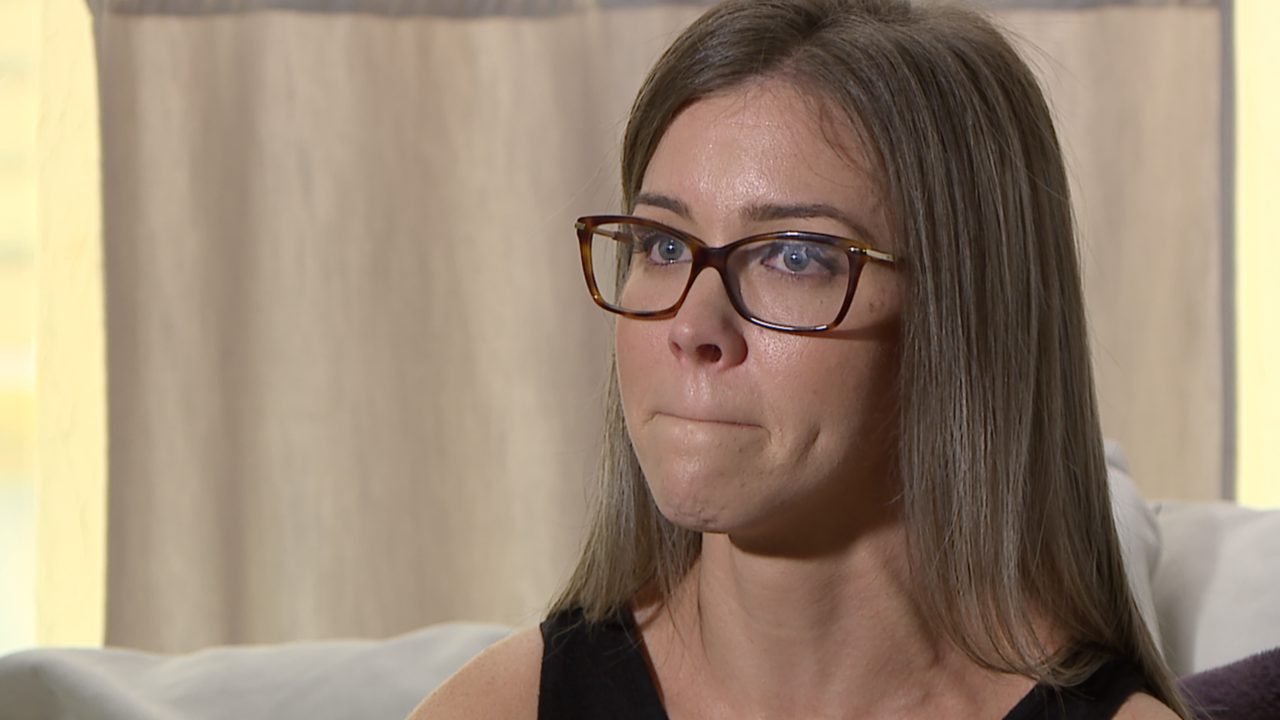 SAN DIEGO (KGTV) - People hoping to improve their health say they were tricked into buying a hydrogen water machine for thousands of dollars. Team 10 investigative reporter Jennifer Kastner sat down with a local woman battling a serious illness who says she fell for it.

The company is called Trusii. She says Trusii told her and other customers that if they joined a case study, their machine would be paid for, but there was a catch. Trusii, though, stands behind its machine and reports that many of the customers' claims are unfounded. For the first time since the company came under fire last year, co-owner Jeff Taraday spoke to 10News. “We know our technology is incredibly effective,” he says.

“My life looks like my nightmare,” says 27-year-old Margaux Gunning of Scripps Ranch. She used to be a yoga instructor and a clinician. Margaux was healthy and successful until two years ago when her normal lifestyle faded away. She's got an aggressive and debilitating form of Lyme Disease. “[I’ve had] severe, severe sweating. Brain fog. My lack of appetite was pretty bad,” she describes.

“I'm tired from the inside out. That's the best way I can describe life right now,” says her mother, Robin Gunning. Robin has been caring for her daughter since she became too ill to care for herself.

After a series of failed treatments, Margaux discovered Trusii. Trusii sells molecular hydrogen water systems. Among the bio-hacking community, hydrogen water is believed to have health benefits. She says she did some research and decided to give it a shot. She says it was her understanding that she could get reimbursed for one of the systems by participating in a case study. Margaux says the deal was that the company would pay her back each month for doing questionnaires and reviews. First, though, she'd have to buy or finance the nearly $10,000 machine.

She says she took out a loan and waited for the machine to arrive. When it did, she says there were problems. “The bubbles stopped coming out after a month,” she explains. She also says the device arrived without the appropriate equipment.

To make matters worse, she says the reimbursement checks never came despite her reviews.

She is not alone. A Facebook support group now exists with 500+ members claiming to be in similar situations.

Taraday denies that Trusii is a scam or fraudulent operation. “We would never in a million years send a faulty piece of material or a faulty product to a customer,” he says.

“It was never designed to be a free machine or a reimbursement that was guaranteed. The clients would have to comply with the program and if they didn't comply with the requirements of the program as they agreed to then obviously there's no need to compensate them,” he tells 10News.

Taraday says Margaux did not comply, which she disputes.

Taraday tells 10News that the company is working with hundreds of clients to provide the best customer service possible. According to him, the claims against Trusii were ignited by a disgruntled former company partner, William Kuo. He says Kuo created the Facebook group to push a false narrative that Trusii was a sham operation. “Our company was designed to help as many people as possible. Not to take advantage of people,” he adds.

10News spoke to Kuo who says the accusations against him are not true.

The Florida Office of the Attorney General has received more than 100 complaints against the company. The Better Business Bureau also heard from case study participants who said they didn't receive payments on time, or were sent defective machines.

"They have claims of health outcomes that are, in our opinion, questionable if not totally unsubstantiated," says Angie Barnett, president & CEO of the BBB serving Greater Maryland. Barnett adds that the company's advertisements for selling access "to the most powerful and therapeutic antioxidant-rich water on earth," attracted customers in search of a cure to serious conditions. "A lot of people who are looking to this product, they already have health issues, they already have medical bills. They may be looking for this to supplement chronic issues, so this isn't the only payment they've got to make and that appeal has been very aware when you read the complaints," Barnett says.

Margaux’s lender, Greensky, let her out of her loan. Other lenders haven't been as forgiving.

Taraday says Trusii is currently working with more than 900 participants around the country and world. He claims the company has paid out over $1.6 million to program participants over the last two years who did not complete their requirements.