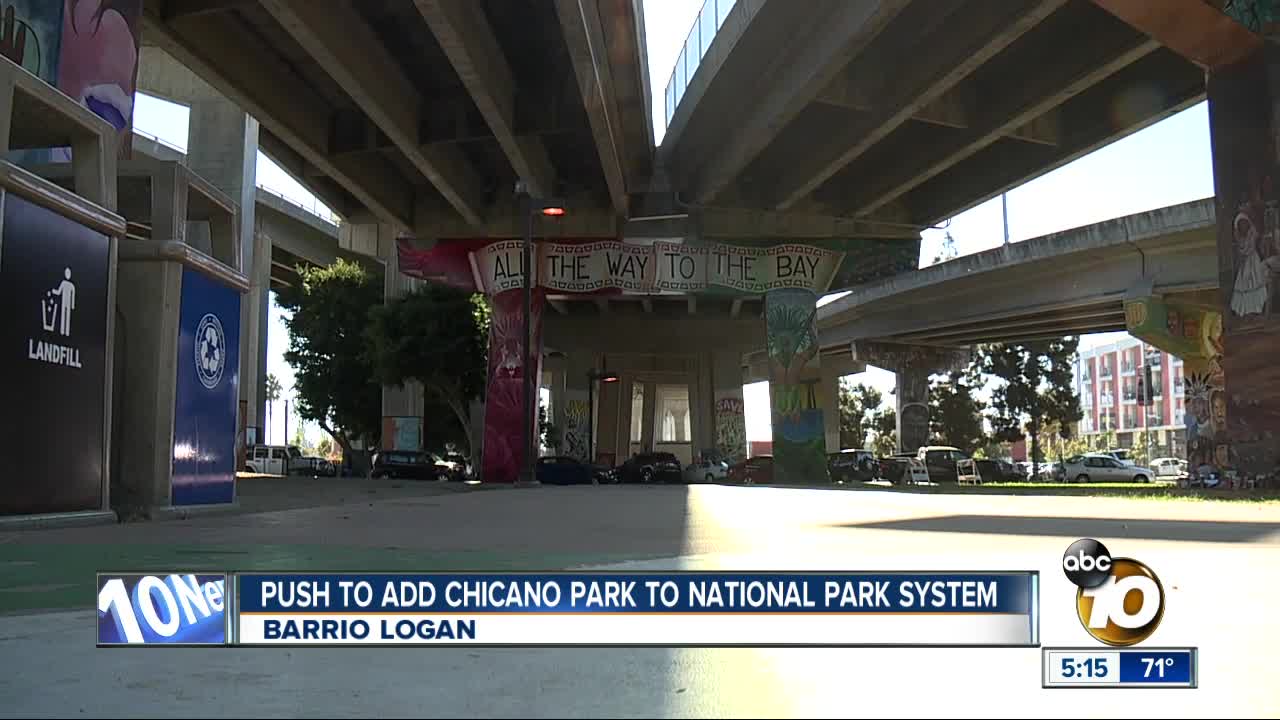 San Diego's Chicano Park is already a local icon. But soon, the mural-clad location could be listed within the National Park System. 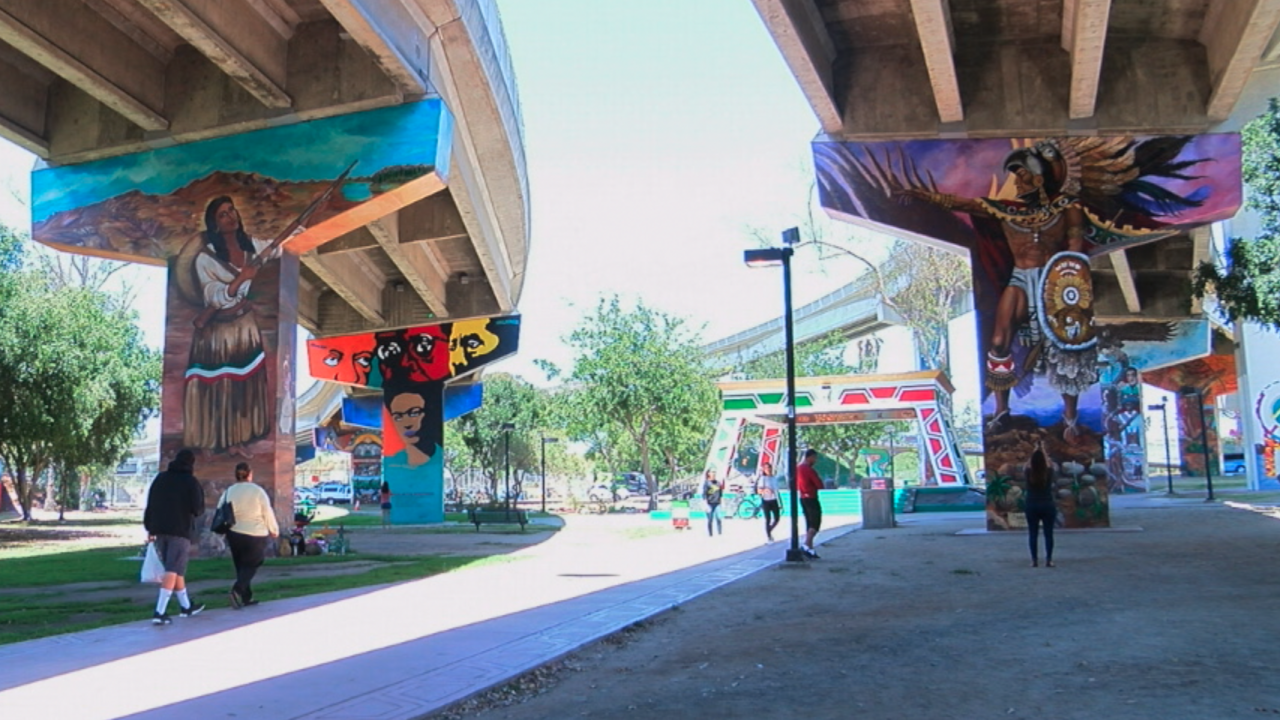 SAN DIEGO (KGTV) — San Diego's Chicano Park is already a local icon. But soon, the mural-clad location could be listed within the National Park System.

The Chicano Park Preservation Act (H.R. 486), introduced in January by Rep. Juan Vargas of the 51st Congressional District, would require the Department of the Interior to conduct a special resource study of Chicano Park and its murals and evaluate the site's national significance.

Depending on those results, the agency would determine the feasibility of adding the park to the National Park System (NPS).

Tuesday, the bill was the subject of hearings by the House Natural Resources' subcommittee on National Parks, Forests, and Public Lands.

Should Chicano Park be granted NPS status, it would continue to be managed outside of the system but qualify for National Historic Site federal protections and aid.

In January, Rep. Vargas said Chicano Park has been at the center of San Diego's cultural history for decades.

"A testament to San Diego’s tradition of community building and activism, Chicano Park has been the center of cultural history for decades," said Rep. Juan Vargas. "Adorned with vibrant murals, sculptures, and beautiful landscaping, the Park extends throughout seven acres, making it the largest collection of outdoor murals in the entire country."

"Designating Chicano Park as an Affiliated Site will not only honor the resilient spirit of an entire community, it will cement its significance in American history for generations to come."

Located underneath the San Diego-Coronado Bay Bridge, Chicano Park was created in 1970 after the Barrio Logan community boycotted the construction of a California Highway Patrol station.

In 1980, it received designation as an official historical site by the San Diego Historical Site Board. Chicao Park was listed on the National Register of Historic Places in 2013 and as a National Historical Landmark in 2016.

The park is adorned in murals representing San Diego and Chicano history and culture. Roughly 80 murals cover the legs of the bridge.

Victor Ochoa, who painted some of the murals, told 10News the history depicted in Chicano Park's art is truly representative of the community because it lacks censorship and showcases important figures.

"The park in itself acts as kind of like an obstacle to just eradicate our heritage, our history, our community," Ochoa said. "I see the spiritual energy more and more in the park and the murals, and the murals become even more historical documents."