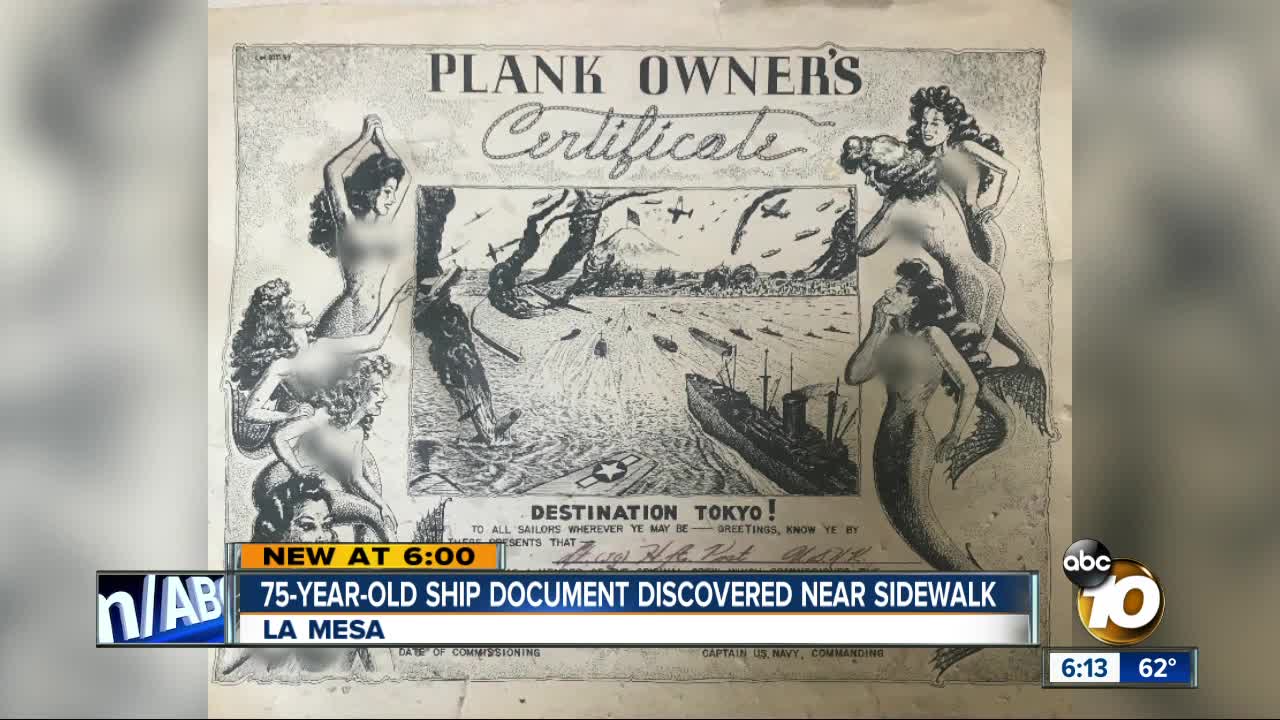 A 75-year-old ship document was discovered near a La Mesa sidewalk. 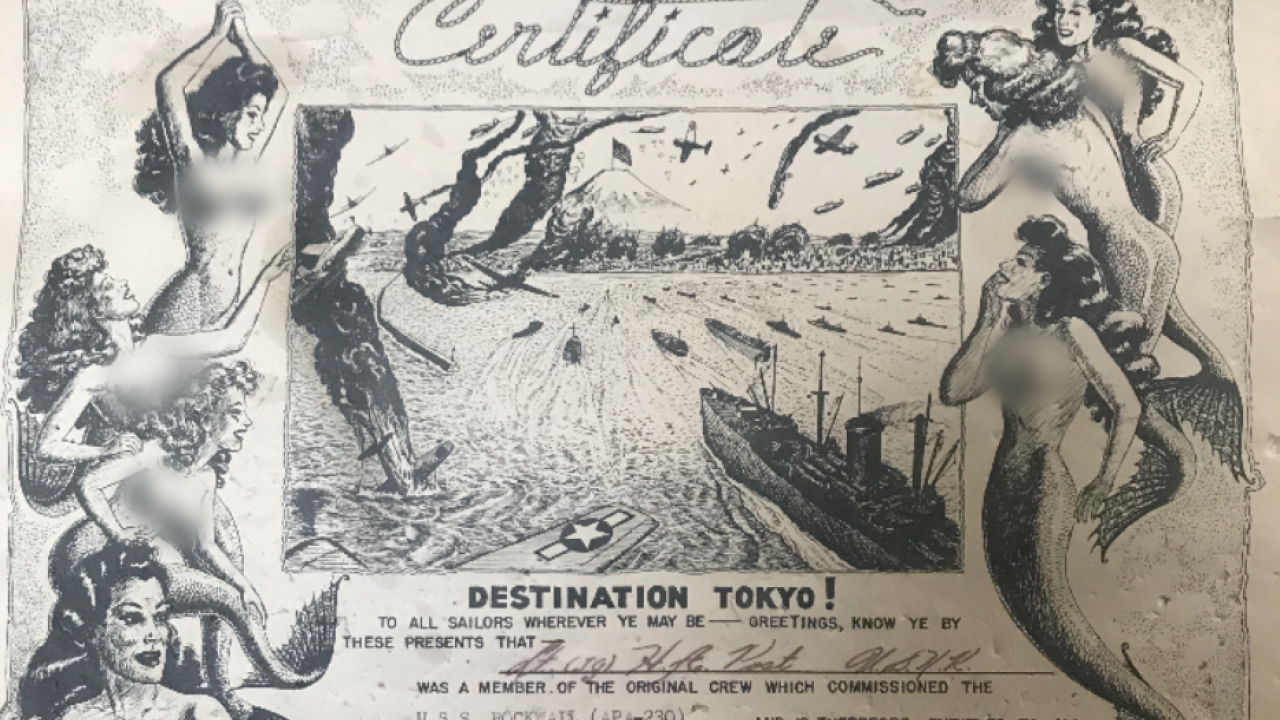 LA MESA, Calif. (KGTV) - A La Mesa woman is on the hunt for clues, after she made a startling discovery near a sidewalk during a walk.

Along scenic Explorer Road, Patty Serrano was finishing up a walk with a friend one afternoon two Fridays ago, when something on the ground caught her eye.

"First of all shock. Why is this on the ground? I picked it up. Couldn't believe my luck finding something like that," said Serrano.

What she found was an old, wet document.

RELATED: Self-driving ship travels from San Diego to Hawaii with no one aboard

"Took it home. Dried it and flattened it," said Serrano.

The document was a Plank Owner Certificate. Serrano, a retired Navy officer, knew exactly what that meant.

"I knew those are rare, issued to people who are the first crew members of a ship," said Serrano.

The certificates aren't official Navy documents. They are created and distributed by crew members. The ship attached to this certificate was the U.S.S. Rockwall, a Haskell-class attack transport that served during World War II, the Korean War and the Vietnam War.

The commissioning date listed is January 1945.

She posted details of her discovery on the Nextdoor app. She also left messages for neighbors in the area, but so far, no one has come forward.

"I think it would be great to get back this back to the crew member if he's still alive or the family member ... to preserve it for society, to admire it and understand what the significance was," said Serrano.

The theories of how the document ended up on the ground run the gamut. Did it drop out during a move? Did a burglar leave it behind? However it happened, Serrano is determined to find its rightful owner.

"When you are on that ship, you earn that document. It had great importance to that person ... We have something of historical importance of that time and this document can help tell stories of times gone by," said

If you have any information about the certificate's owner, email Tips@10news.com.