A Tour of the California Surf Museum in Oceanside 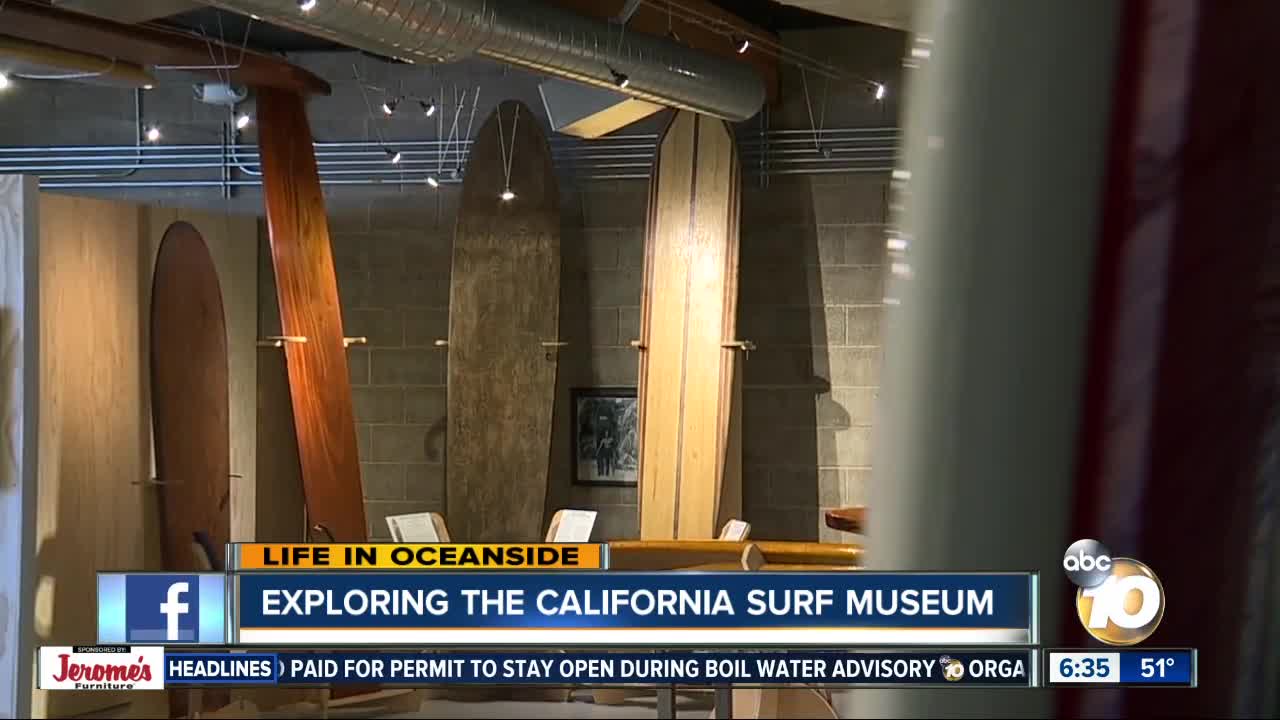 The California Surf Museum is dedicated to the art and history of the sport -- which to many is a way of life. 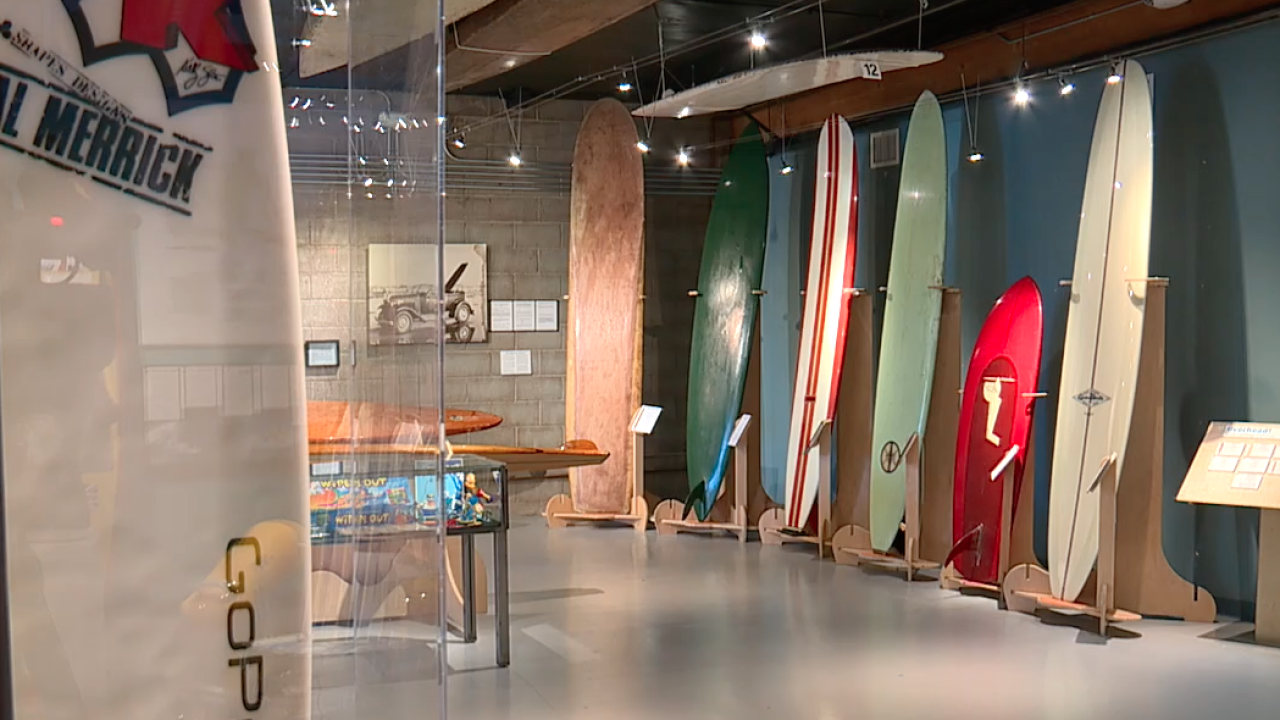 OCEANSIDE, Calif. (KGTV) — Just a few blocks from the Oceanside Pier and the surfers who speckle the waters around it you'll find one of the richest troves of surfing history in the world.

The California Surf Museum was established in Oceanside in 1986, chronicling a sport many see as a way of life.

"Surfing goes back thousands of years," says museum president Jim Kempton, a surfing legend and editor of Surfing Magazine in the 1970s.

Kempton's never-ending love for the sport is evident as he leads 10News on a tour of the colorful museum that blooms with the science, art, and history of surfing.

"You start with these ancient Alaias (uh-lee-yuhs)," said Kempton, gesturing to a tall, thick surfboard made of Kola wood from Hawaii. "It was just part of the Hawaiian lifestyle. They did it all the time and women did it as much as men."

The earliest board designs, dating back some 4,000 years, were sometimes more than 20 feet in length.

"They were very very long at the time," said Kempton. "And that was just the expectation that people had. They didn't imagine that people could stand on anything smaller than that."

But that would change — along with so many other things — during the era of groovy, when imagination and new materials like foam and fiberglass redefined the sport.

"Surfing was really in the same sort of youth movement that everything in the 60s was," said Kempton. "From swallow tails and pin tails. You know, flat bottoms, beveled bottoms, V-bottoms, all these different things."

LIFE IN OCEANSIDE: From 'Ocean Side' to region's third-largest city

The sea of change happening to music, lifestyle, clothing, and politics was also impacting surfboard board design. Modifications would eventually make the sport accessible to the disabled as well.

"Some people lay with their feet flat. They've got handles on different places. They've got chin rests for some of them," according to Kempton.

But of all the boards on display at the California Surf Museum, there's one that stands out for its literal breathtaking quality.

"You know we can always tell when people get to this part of the museum if we're out in the front," said Kempton. "Because you hear the gasps."

The board is shaped with a distinctive half moon chunk cut from its left side. It's the actual board 13-year-old Bethany Hamilton was on when she was attacked by a 15-foot tiger shark off the coast of Kauai in 2003.

Kempton says the board found its way to the museum through an old friendship.

"Her dad and I were friends in college back, you know, 20 years before. And I ran into him and I was telling him about the museum and he said, 'Well, would you like Bethany's board?' I said 'which one?' And he said, 'You know. The board,'" Kempton recalls.

Kept behind glass, museum curators call it their Mona Lisa.

"It's really the resilience," said Kempton. "And the ability to come back from something that is really a traumatic experience and triumph over it. She's surfing now on 40-foot waves at Jaws on Maui with one arm."

The ultimate victory for a surf culture that sees life as a wave.

"All energy moves in waves," says Kempton. "But the only place in the entire universe where people actually harness that, and ride them, is on ocean waves."