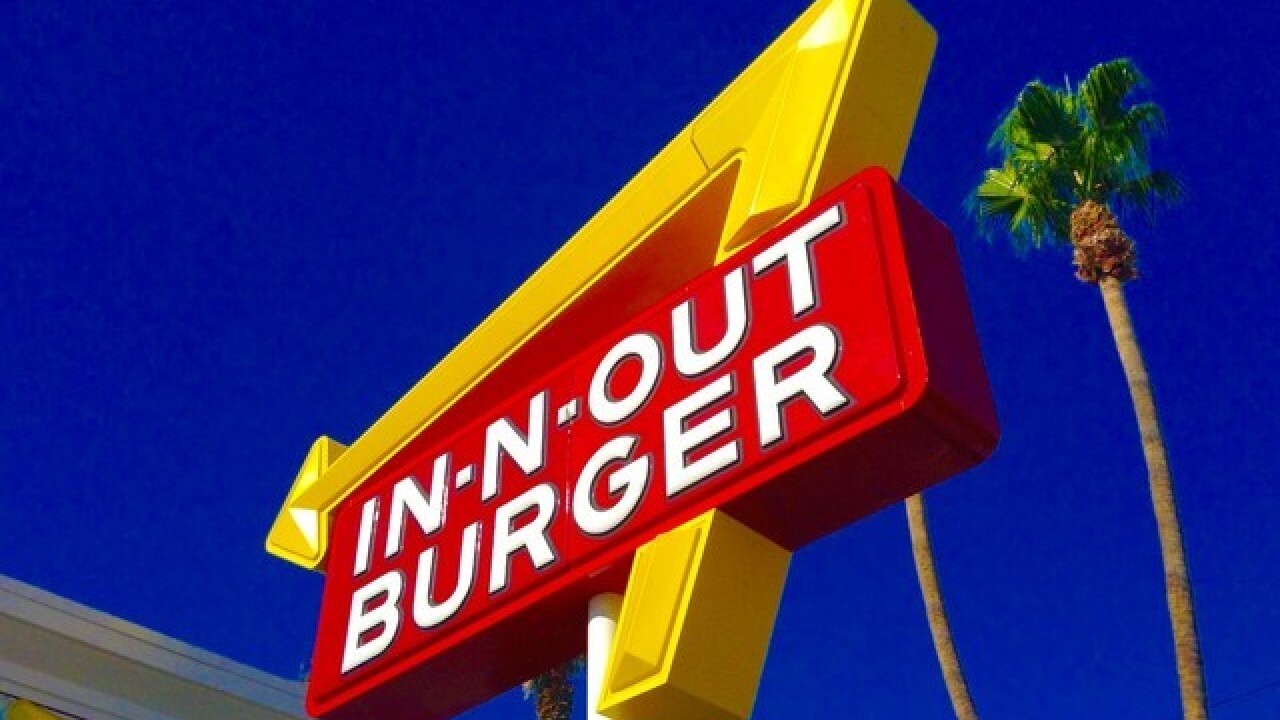 Copyright 2018 Scripps Media, Inc. All rights reserved. This material may not be published, broadcast, rewritten, or redistributed.
<p>Affidavit: "Food for themselves and their children at various fast food restaurants, including more than $3,300 spent at In-N-Out, Carl's Jr., Jack in the Box, Wendy's, McDonalds, Burger King," and others.</p>

(KGTV) — In-N-Out Burgers has long held a special place in the hearts of Californians. But now some fans are backing off from the beloved burger chain after their donation to California's Republican Party.

A public filing on the California Secretary of State's website shows In-N-Out submitted a $25,000 donation to the state's GOP on Monday.

The filing was shared on Twitter, prompting some users to call for a boycott.

One user wrote, "looks like my family and I will be boycotting your restaurants from now on. You donate to the GOP, that means you stand with Trump and all his bigotry."

In a statement to 10News, In-N-Out Executive Vice President Arnie Wensinger said, in part, that the chain has made equal contributions in 2018 and has supported lawmakers regardless of party:

For years, In-N-Out Burger has supported lawmakers who, regardless of political affiliation, promote policies that strengthen California and allow us to continue operating with the values of providing strong pay and great benefits for our Associates.

While it is unfortunate that our contributions to support both political parties in California has caused concern with some groups, we believe that bipartisan support is a fair and consistent approach that best serves the interests of our company and all of our customers.

Reaction on social media has been largely mixed. Some users say the donation won't sway their choice in fast food or are even surprised by the donation.

In-N-Out's donations in the political realm are nothing new.

The restaurant chain backed Arnold Schwarzenegger's 2006 campaign for Governor with a $22,300 donation, according to state donation filings.

Most recently, In-N-Out donated $42,000 to the political action committee "Californians for Jobs and a Strong Economy." That PAC was founded by Democratic political consultant David Townsend, according to the Sacramento Bee.