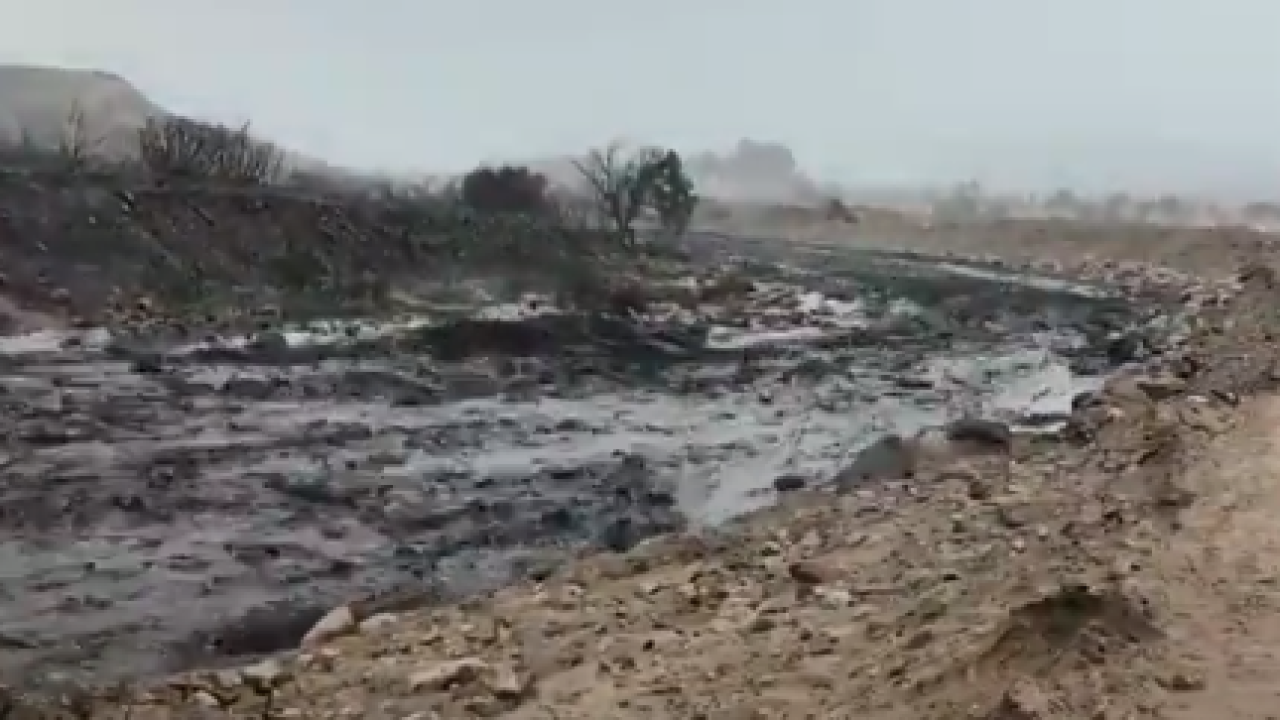 AGOURA HILLS, Calif. (KGTV) — Residents in the area where the Holy Fire scorched thousands of acres in August have been ordered to evacuate as rains hit Southern California.

Rainfall Thursday brought threats of flash floods and mudslides to areas impacted by the fire in Orange and Riverside counties. Residents were told they "must go now" on the Riverside County information website. Those areas ordered to evacuate include:

An evacuation center has been set up at Temescal Canyon High School (28755 El Toro Road in Lake Elsinore) and evacuees can bring large and small animals there and to San Jacinto Valley Animal Campus (581 S. Grand Ave., San Jacinto).

A storm system moving through Southern California Thursday is forecasted to dump as much as half an inch to two inches of rain in the region. Video posted on Twitter by Cal Fire Riverside Thursday showed heavy debris flows through the area of Rice Canyon and Glen Ivy Road.

"Post wildfire areas are at-risk of debris flows, which are deadly, fast-moving landslides. There is also a risk of flooding, mudflow, rockfalls and other landslides during and immediately after rain," Riverside County's website reads. "Debris flows can happen with little to no warning."