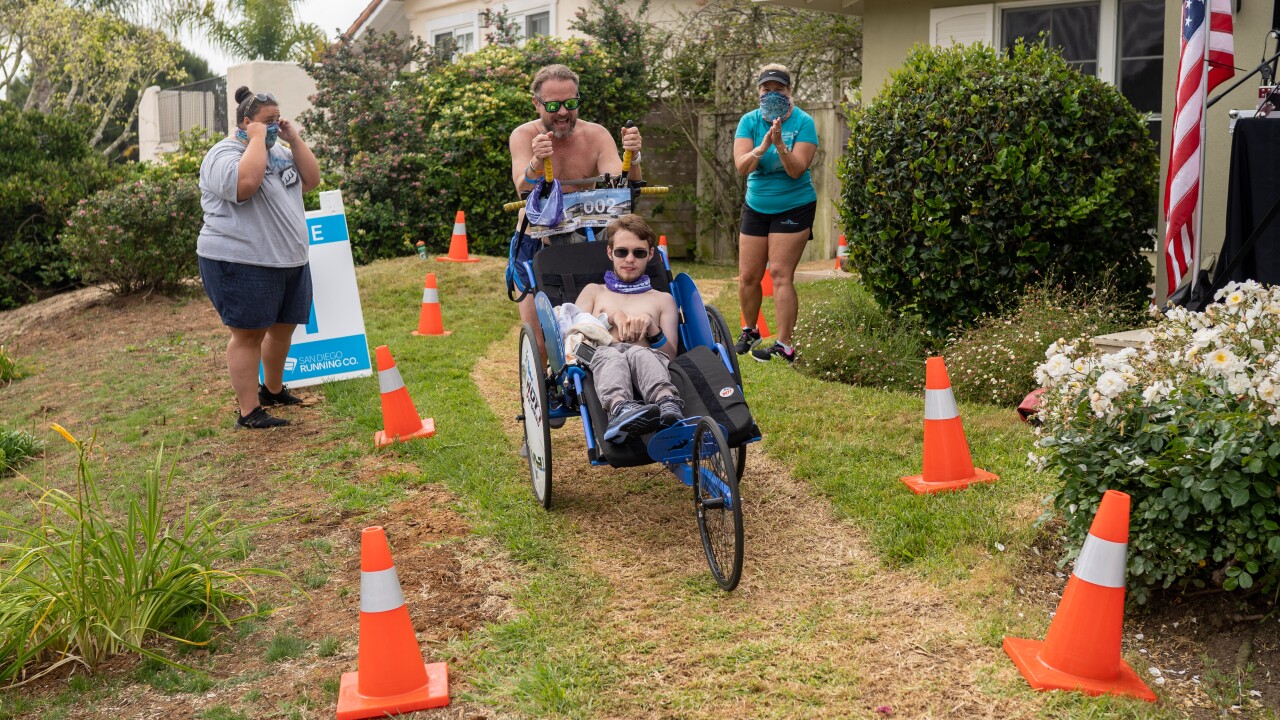 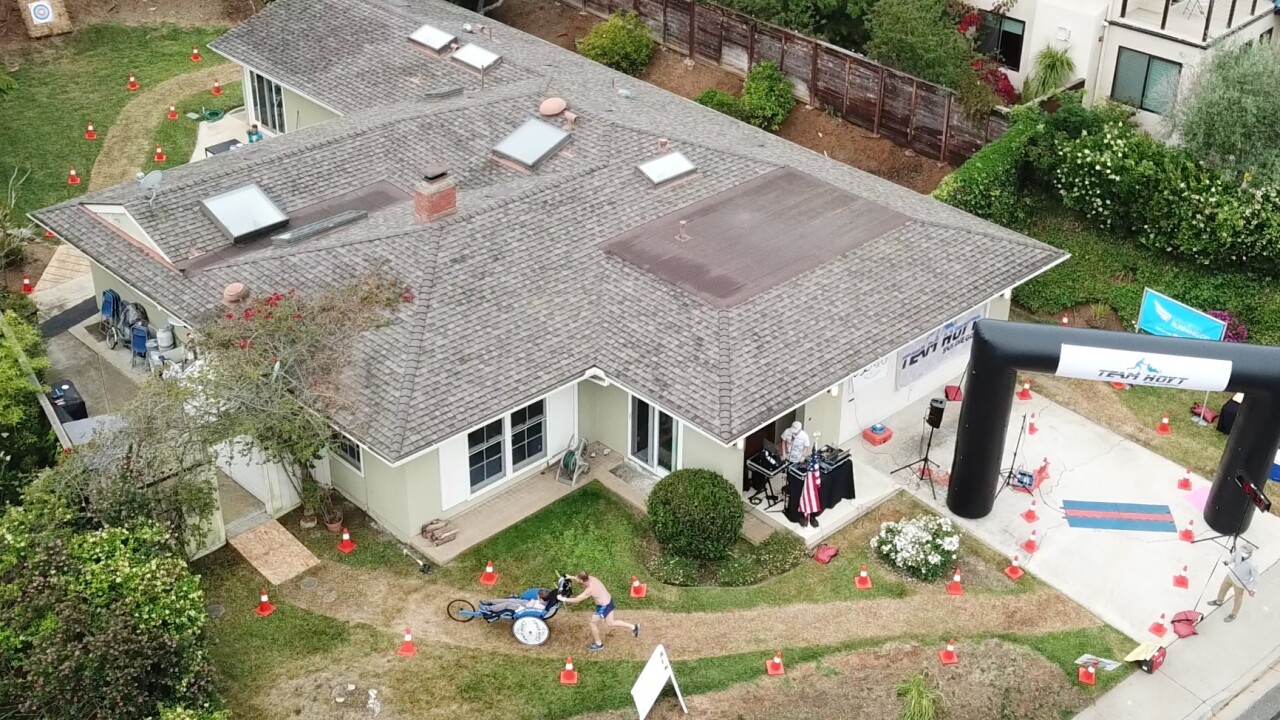 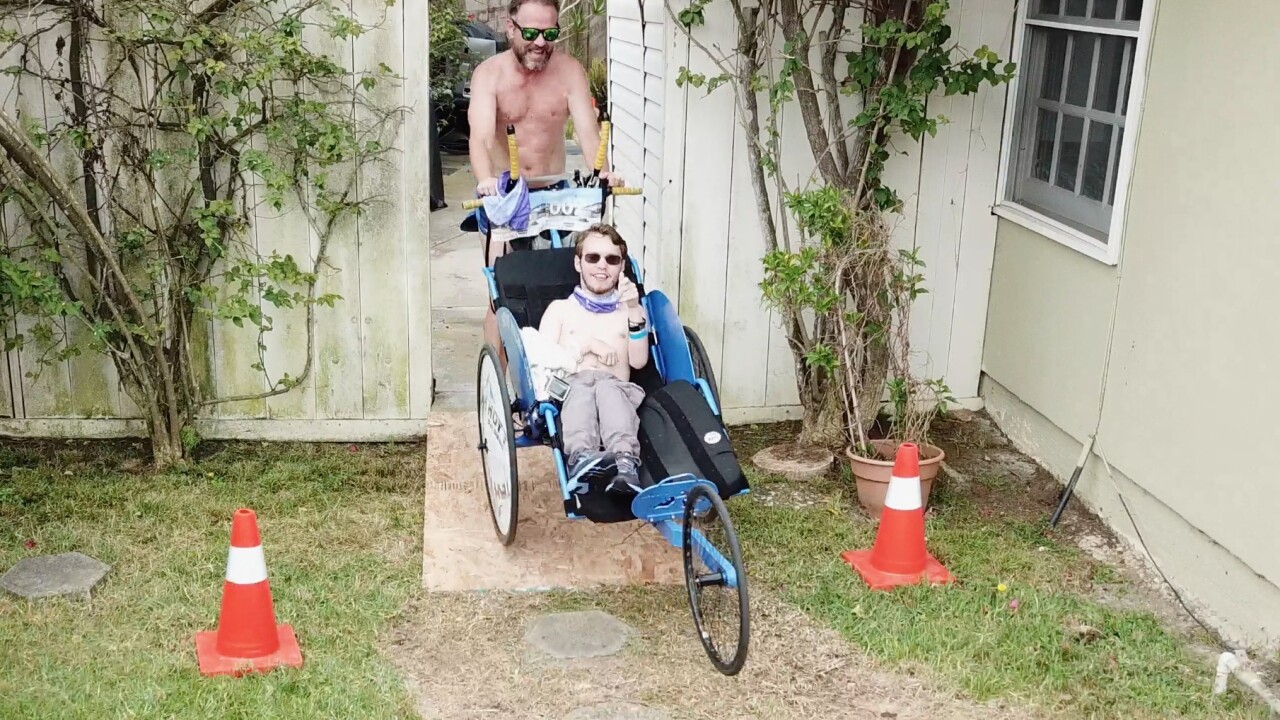 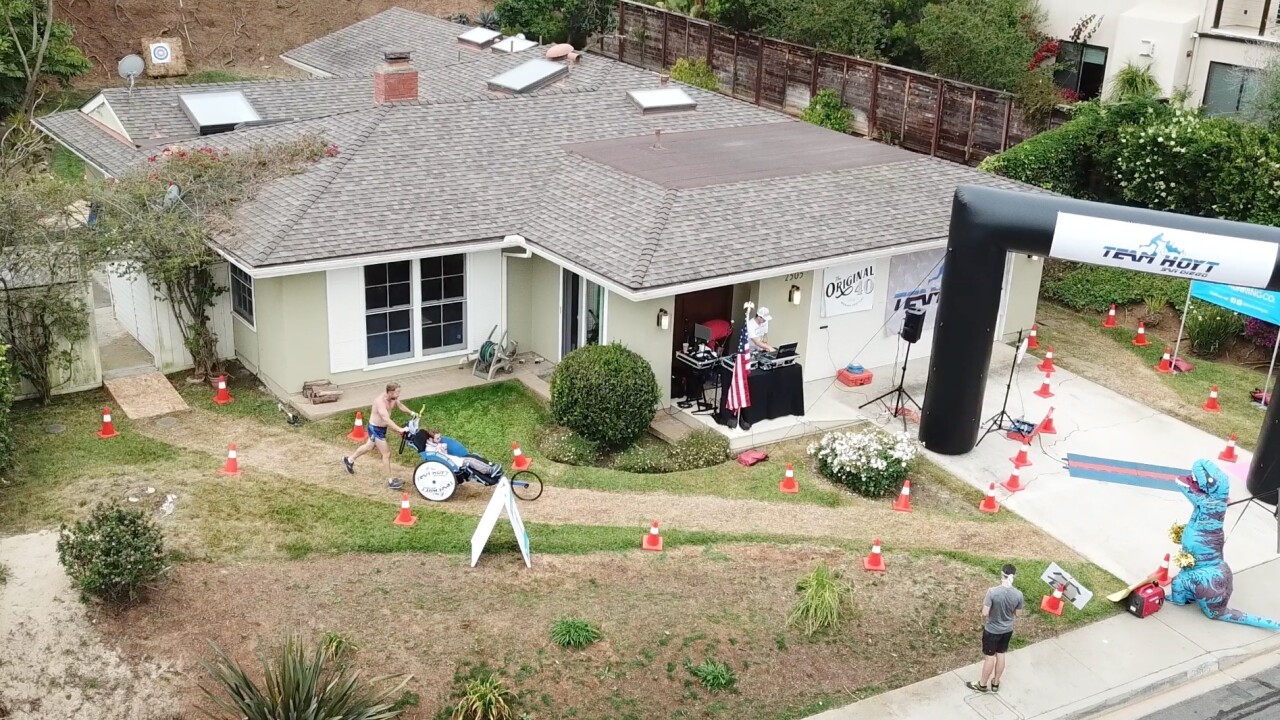 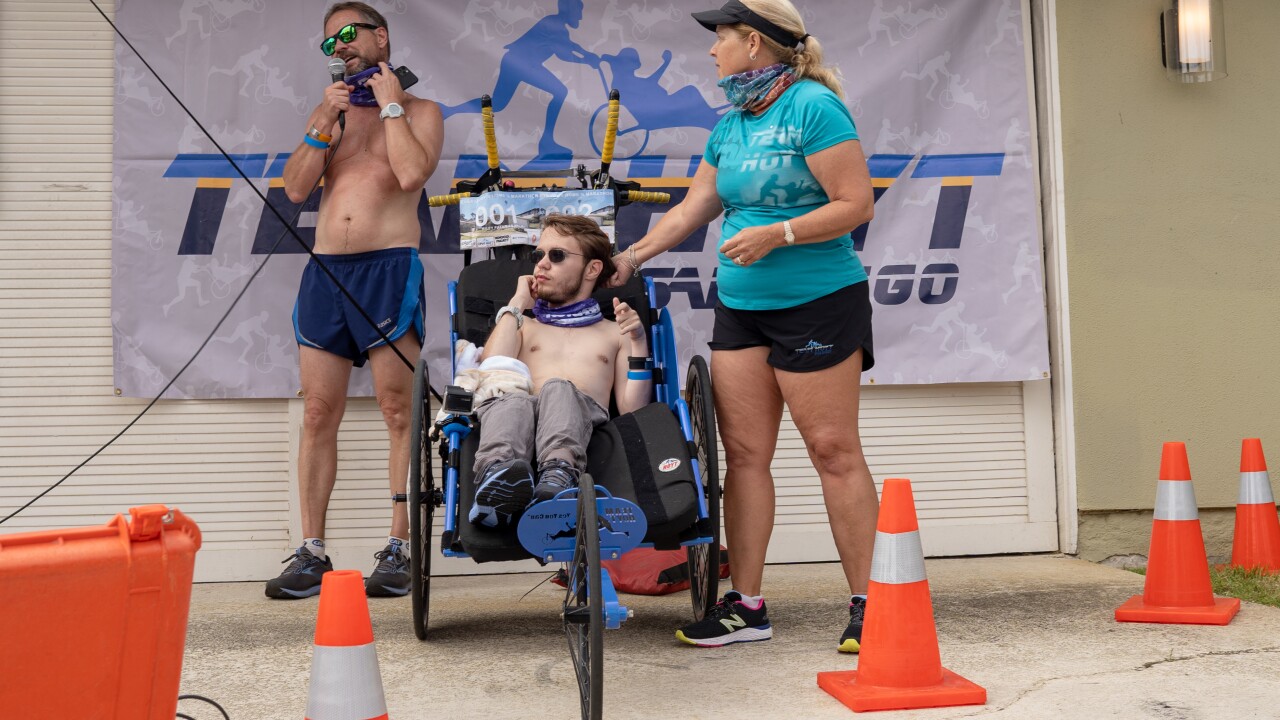 DEL MAR, Calif. (KGTV) — Half-marathons may not be possible in a large-scale sense, but that didn't stop a North County father and son.

When running events were canceled due to the coronavirus, a void was left in the lives of Jim Pathman and his son, Riley. Every year the two participate in local and national running events, from half marathons to triathlons.

"Riley just loves the energy and atmosphere of races," said Pathman. "He’s really missed that these last few months. I thought, if we can’t go out to a race, why don’t I bring the race to Riley?"

The duo is often seen at local races. Pathman pushes his 21-year-old son, who has cerebral palsy, in a racing chair in every race.

In a matter of days, Pathman had developed an idea to set up a course around his home and several people volunteered their services, including emcees, a deejay, a race management organizer, timing company, national anthem singer, videographer and photographer, and a flooring company to install ramps for Riley's chair.

"Jim and Riley have been a motivational force in the San Diego running community," said Eric Marenburg, Chief Running Officer at San Diego Running Co. "They provide so much inspiration and support to countless runners. When Jim called us to see if we could give a hand, we said yes before he could even finish the question."

The event, Everybody’s Home Half Marathon, took Pathman and Riley 265 laps around their home to complete. Their time: 2:24:43 — plenty to place them in the top half of many local half marathons.

"Riley and I are already wondering how much faster we can go," says Pathman.

The cause sparked others to participate. Simultaneously, Andrew Kastor, running coach of Mammoth Track Club and his wife, Olympian Deena Kastor, ran 180 laps around their home. In South Carolina, U.S. Marine veteran Maggie Seymour ran 328 laps on her dock.

The event also raised awareness for Pathman and Riley's non-profit organization, Team Hoyt San Diego. The group assists families with inclusion in sports, running races, and triathlons. To learn more about Team Hoyt or donate to the group, visit them online here.