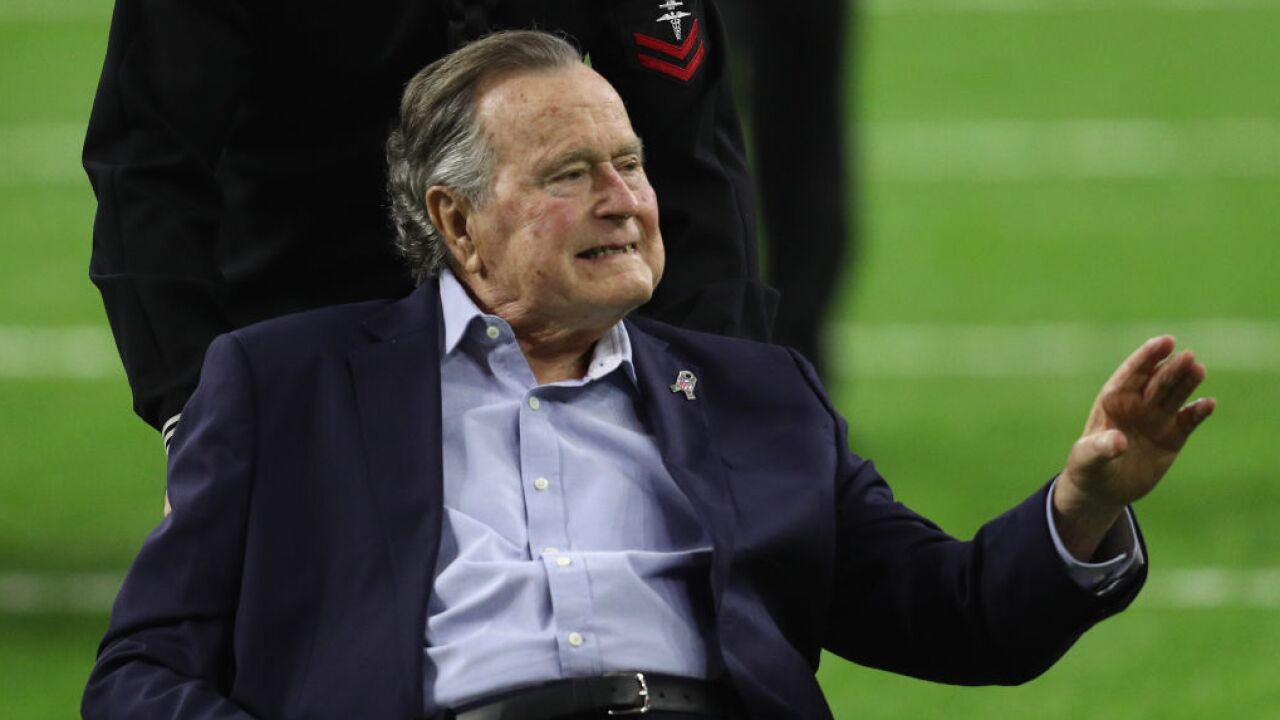 In their conversation on speakerphone, the son told the senior George Bush that he had been a "wonderful father."

The elder Bush's final words were first reported by The New York Times.

In his last hours, Bush was asked whether he wanted to go to the hospital, according to a source familiar. He had been hospitalized multiple times this year since his wife Barbara Bush's death on April 17, and he had been dealing with a number of health issues over the years, including having a form of Parkinson's disease.

The former president answered no.

Instead, Bush said that he was ready to go and be with Barbara, his wife of 73 years, and their late daughter Robin, who died of leukemia as a child.

RELATED: From Bush to Clinton, a grace note for the ages

Bush, 94, died late Friday at his home in Houston surrounded by his family, including his son Neil Bush and wife Maria, his best friend and former Secretary of State James Baker, and his grandson Pierce Bush.

Bush will lie in state at the US Capitol before a memorial service at the National Cathedral in Washington, DC. A second memorial service will follow at St. Martin's Episcopal Church in Houston.

Bush will be laid to rest at the George H.W. Bush Presidential Library in College Station, Texas, alongside his wife, and Robin.

Specific times and more details will be announced at a later time, according to Bush's spokesman Jim McGrath.

CNN's Veronica Stracqualursi and Stephen Collinson contributed to this report.