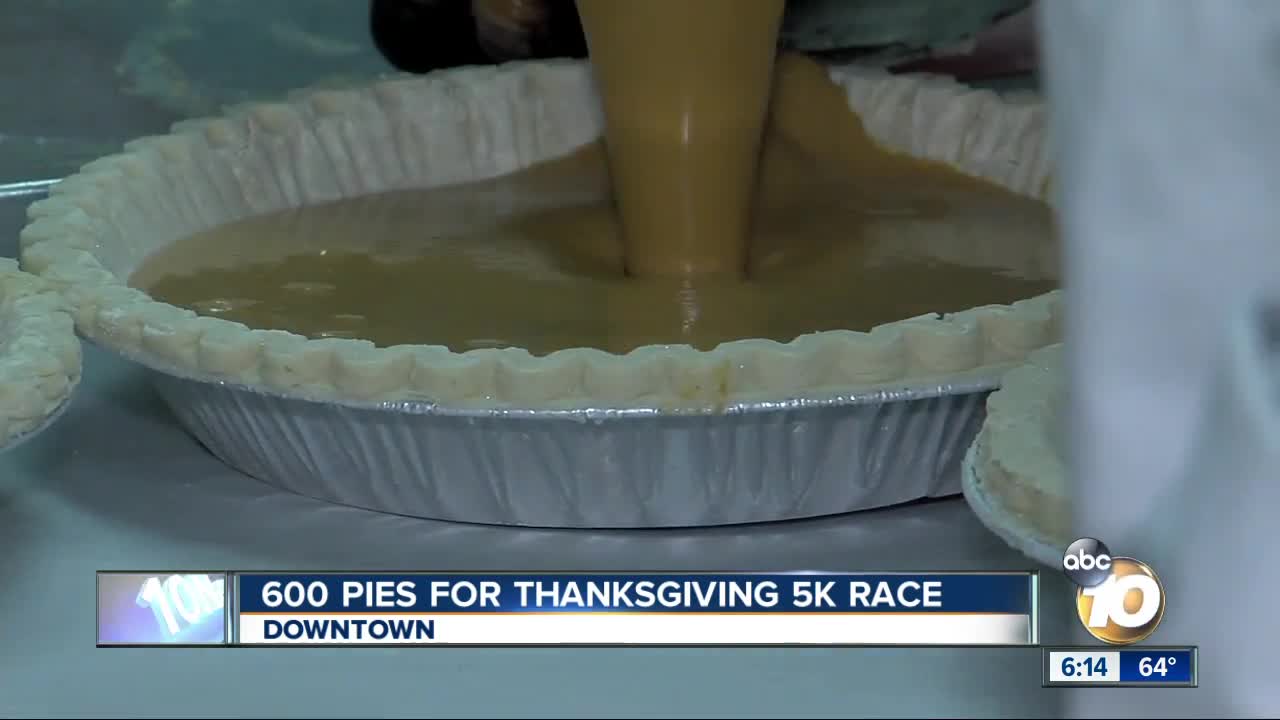 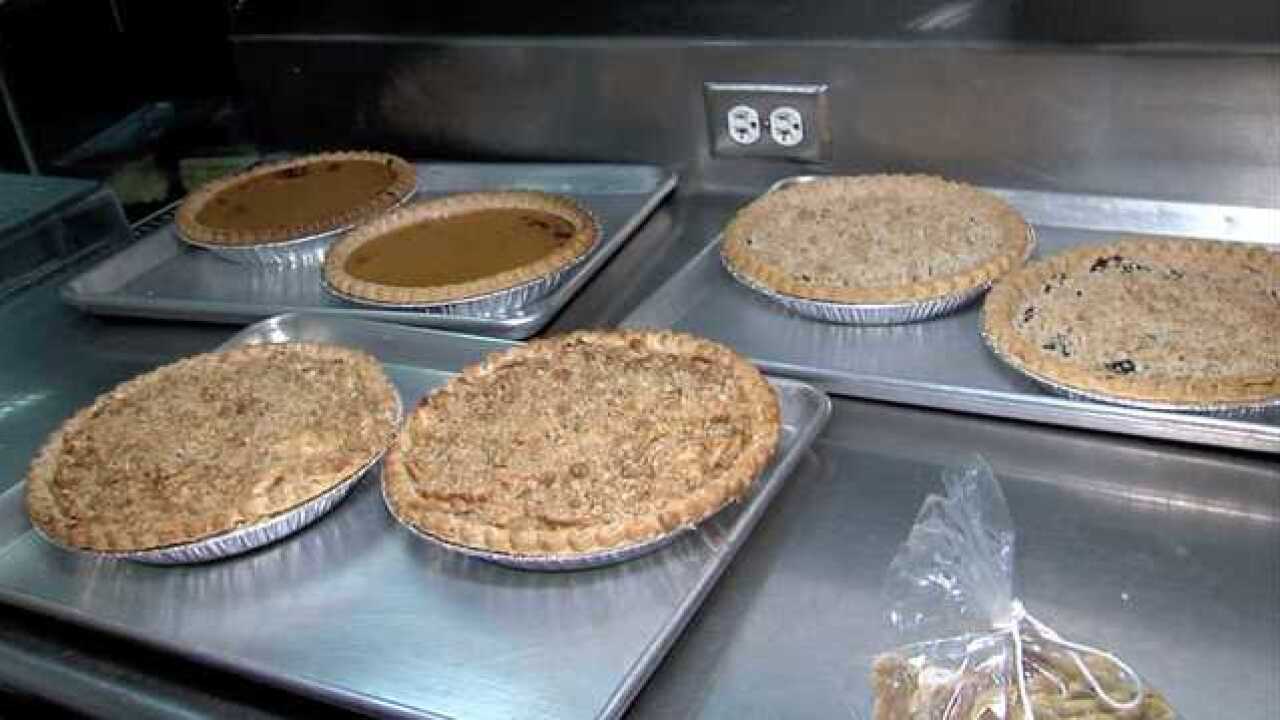 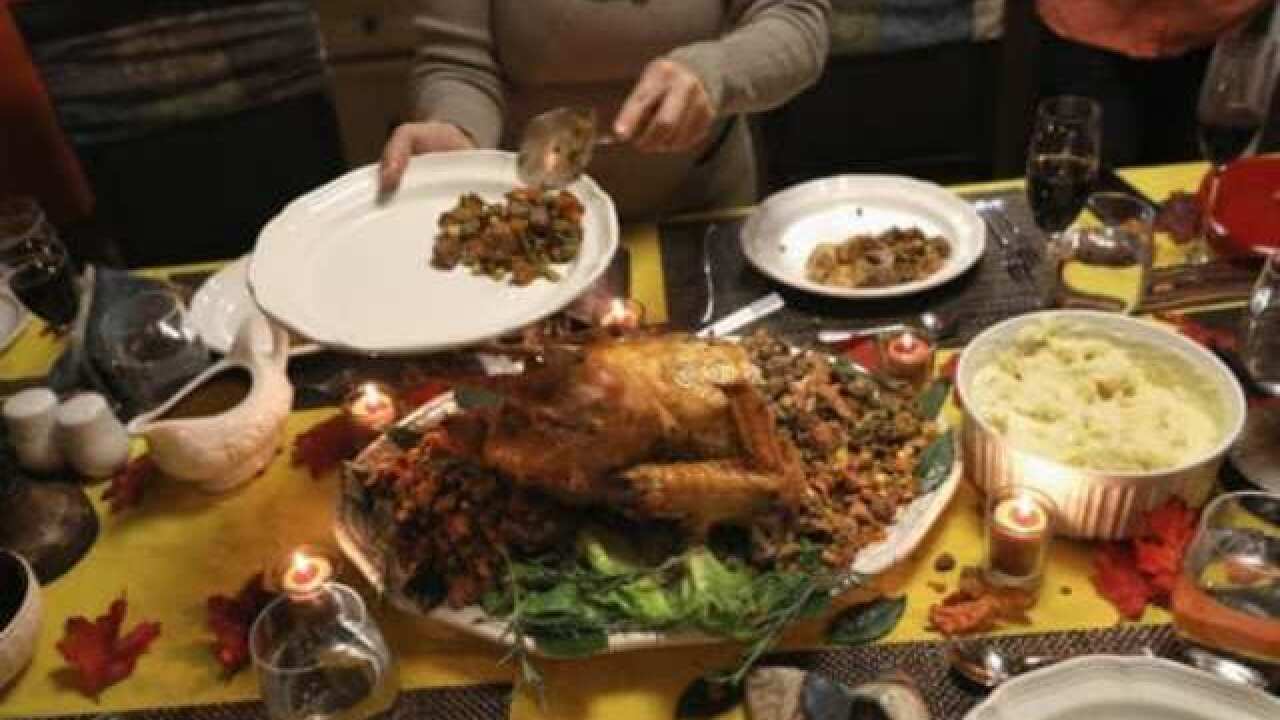 Proceeds from the race and festivities go toward the one million meals the organization serves to those who need it every year. One of the biggest draws of the event is the pie made by the organization’s Culinary Arts program students.

The students are making 300 pumpkin pies, 200 apple pies, and 100 blueberry pies ahead of the race, possibly more if they get additional pre-orders. The pies are served the day before Thanksgiving at the shelter downtown. The pies are also sold at Balboa Park on race day.

"These are individuals who come to us and were homeless and now we're trying to get them up on their feet,” Deacon Joe Vargas, President of Father Joe’s Villages, said.

The students were once homeless but decided that cooking would help get them out of poverty. They are part of a 14-week intensive program, where 92% of graduates get jobs in the field.

10News met Dorothea Sontag, a disabled Air Force Veteran, who was once a volunteer at Father Joe’s. When times got tough, she sought help from them.

"After my husband died, I hit hard times,” Sontag said.

She lived out of her van until Father Joe’s took her in. Now at 62 years old, the former nurse's aid has a new aspiration.

"I have a brother who's chef in Connecticut, so maybe it's in our blood,” Sontag laughed.

Her instructor Theresa Fields said she is proud of Sontag for always pursuing perfection in the dishes she prepares.

"They get a sense of pride that you can see on their face. They just glow,” Fields said.

"I see too many people who are disabled and they let their disability rule them. I rule my disability. I make sure I can keep doing things,” Sontag said.

This year, Father Joe's is selling pumpkin-flavored dog treats for $5.