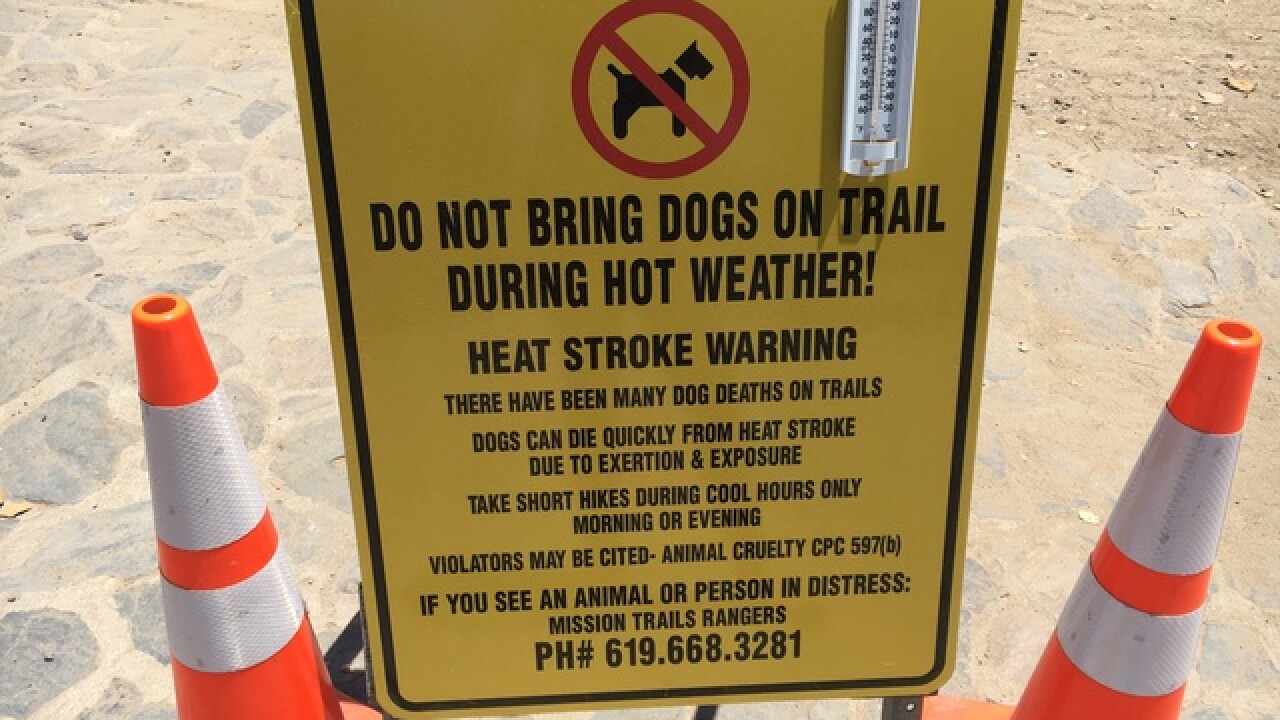 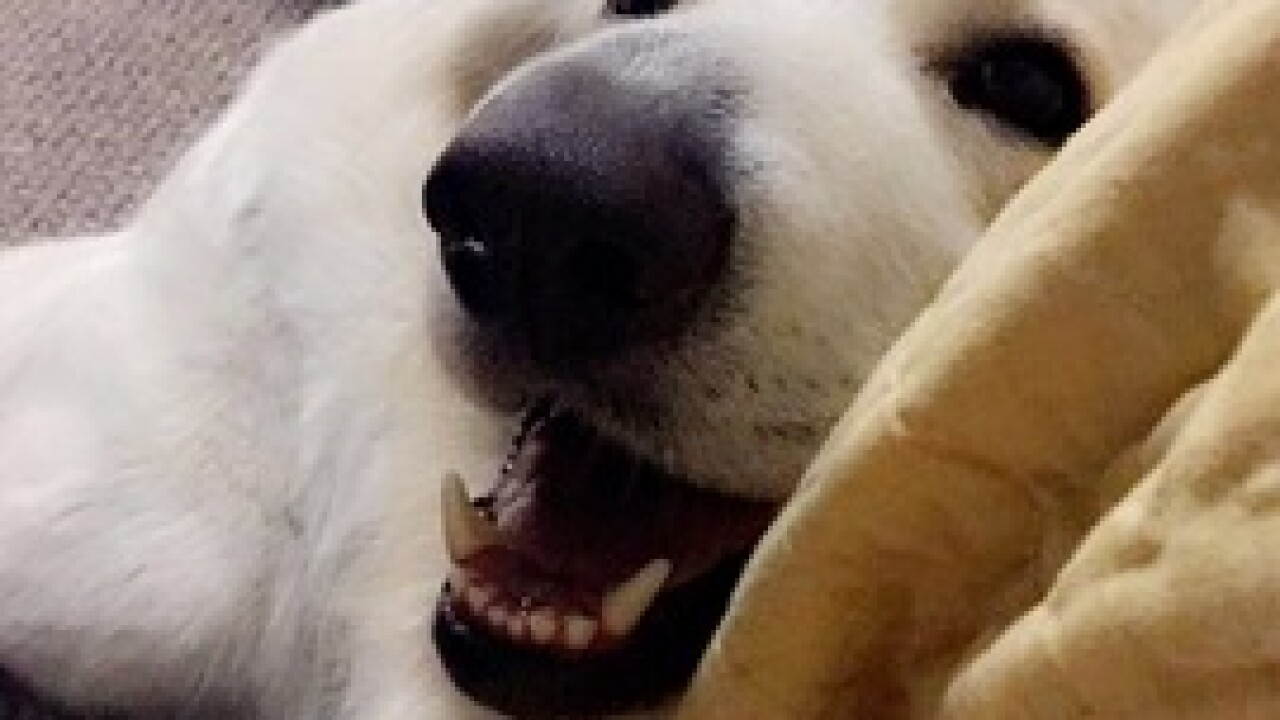 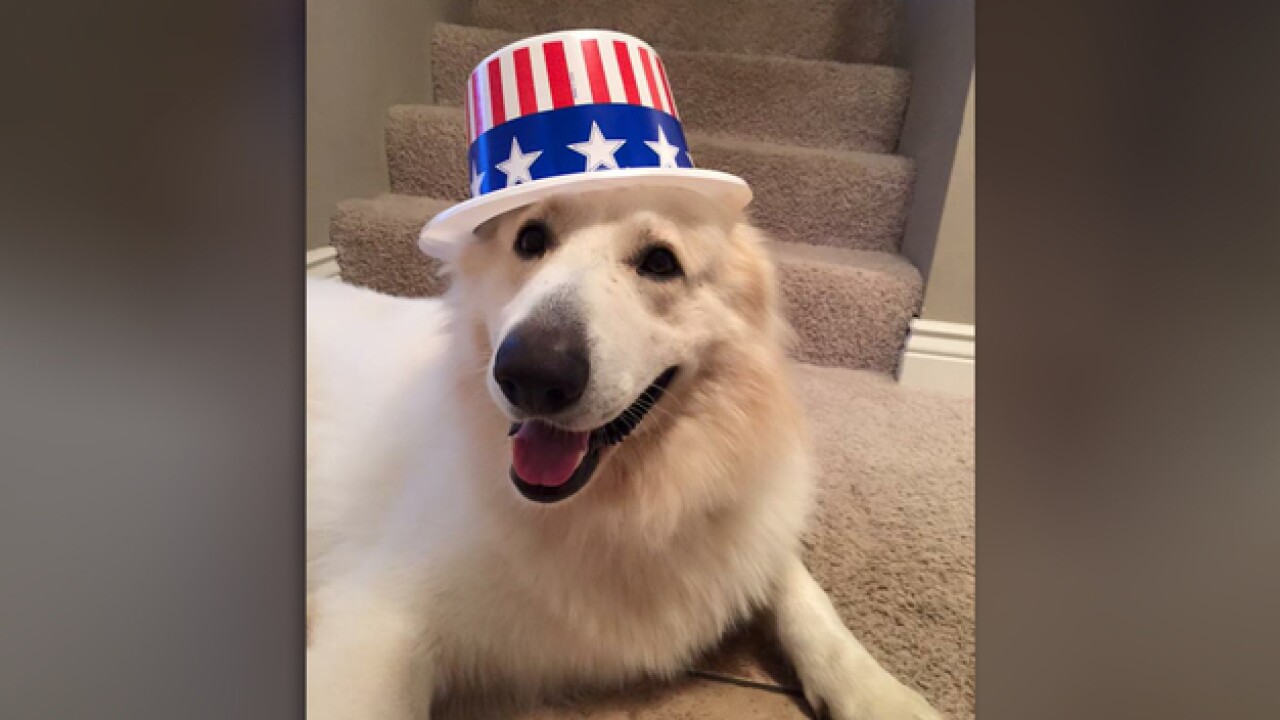 SAN DIEGO (KGTV) - A San Diego family is mourning the death of their dog after he collapsed while hiking Cowles Mountain Friday.

The family told 10News they noticed their 4-year-old dog, Hogan, panting heavily as they made their way up Cowles Mountain around 10 a.m. They began to head back when they say his paws starting to bleed and he collapsed. A stranger helped them carry Hogan back, as the dog vomited on the way down.

At the bottom, the family said the dog stopped breathing and died. They told 10News they believe Hogan was overheated.

The family says there are signs posted warning pet owners not to take their dogs on the trail during hot weather, but they didn't believe the temperature would be an issue during the morning hours.

"There have been many dog deaths on trails. Dogs can die quickly from heat stroke due to exertion and exposure," the sign reads in part. A thermometer is attached to the sign. "Take short hikes during cool hours only morning or evening."

The family said they want to warn other dog owners of their mistake, so they don't put their pets at risk.

RELATED: Tips for keeping your dog safe at the beach during the dog days of summer