Truth be Told: A closer look at Yes on Prop. 15 ads

If approved, changes would begin in 2022. 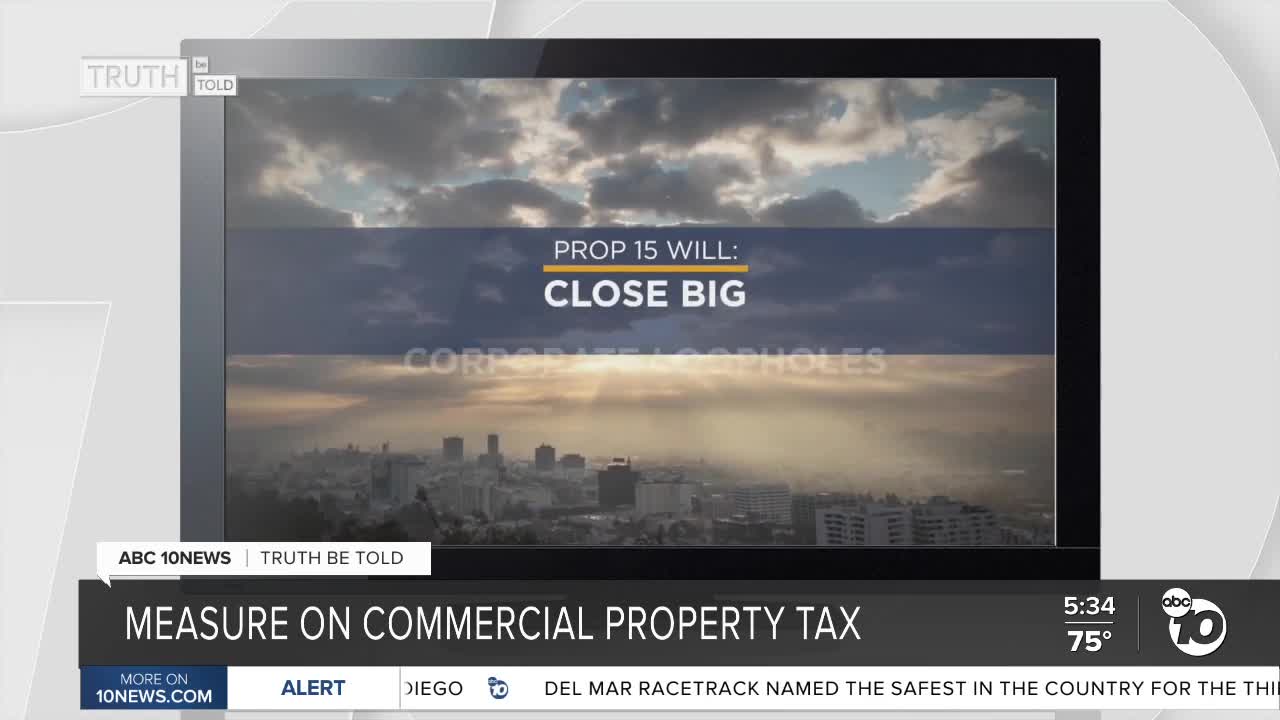 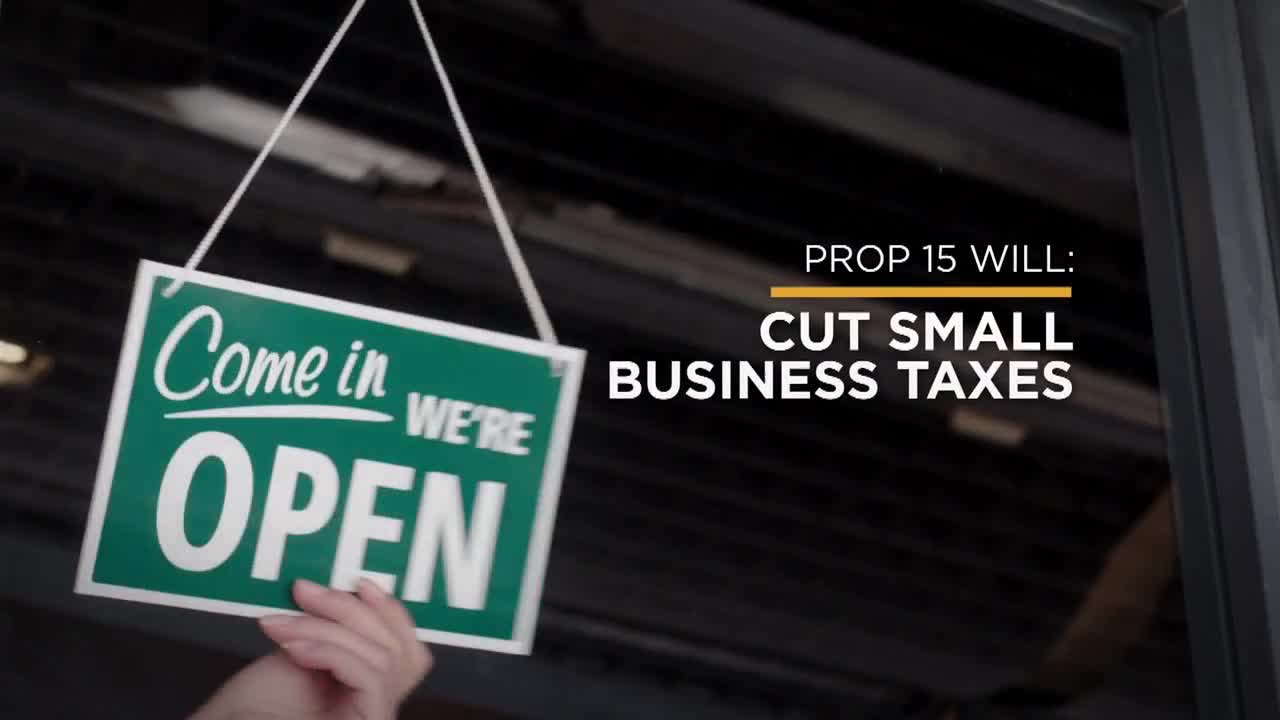 (KGTV) -- Proponents of Proposition 15, a measure that would affect commercial and industrial properties, said it would bring in much needed money to local governments and schools.

“In public schools, we are in dire need of full and fair funding,” said Christina Benson, an elementary school teacher in National City and president of the National City Elementary Teachers Association.

Prop. 15 would base property taxes for commercial and industrial land and buildings on current market value rather than original purchase price. This would apply to properties more than $3 million. According to the Legislative Analyst’s Office, this could bring in anywhere between $6.5 to $11.5 billion per year.

Benson said part of that would go toward teachers’ pay as well as programs, materials and supplies for classrooms.

The ad for Yes on 15 said it would “close big corporate tax loopholes, protects homeowners, and cuts small business taxes.”

Lynn Reaser, chief economist at Pt. Loma Nazarene University, questioned the use of the word “loophole.”

The campaign has major funding from the California Teachers Association, the SEIU California State Council, and the Chan Zuckerberg Initiative Advocacy.

Communications Director for the Yes on 15 campaign said loopholes do exist for corporations. “[They] can structure commercial real estate deals in a way to avoid majority change of ownership and thus avoid reassessment and avoid paying fair market value taxes,” Alex Stack wrote to Team 10.

Benson said the fear that property tax assessments for homeowners could be affected in the future is unwarranted. "That is absolutely false," she said.

Prop. 15 does provide some tax relief for small business owners , in that businesses with less than half a million dollars worth of equipment would not have to pay taxes on it start in 2024.

"The bottom line, there are these benefits to huge transfer of money that goes to state and local governments and schools," Reaser said. "But that money is not magically created. It comes from businesses."