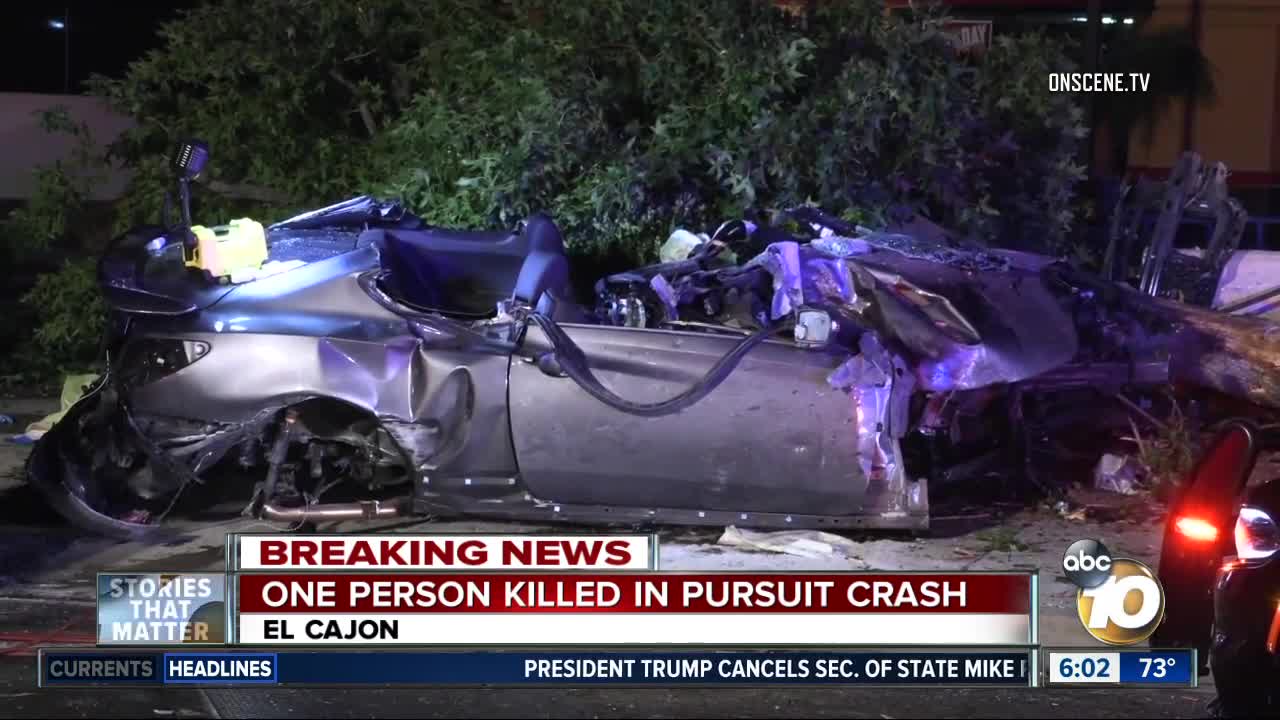 One person is dead following a police pursuit on Interstate 8 that ended with a fatal crash in El Cajon. 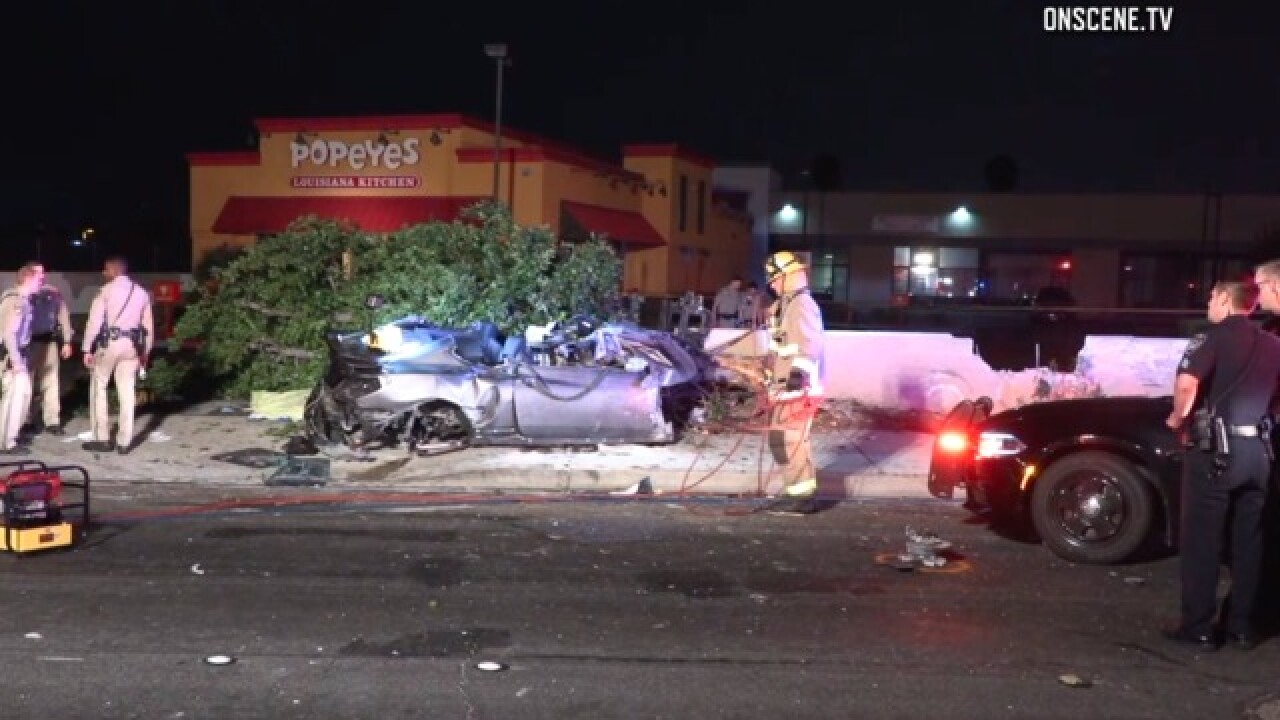 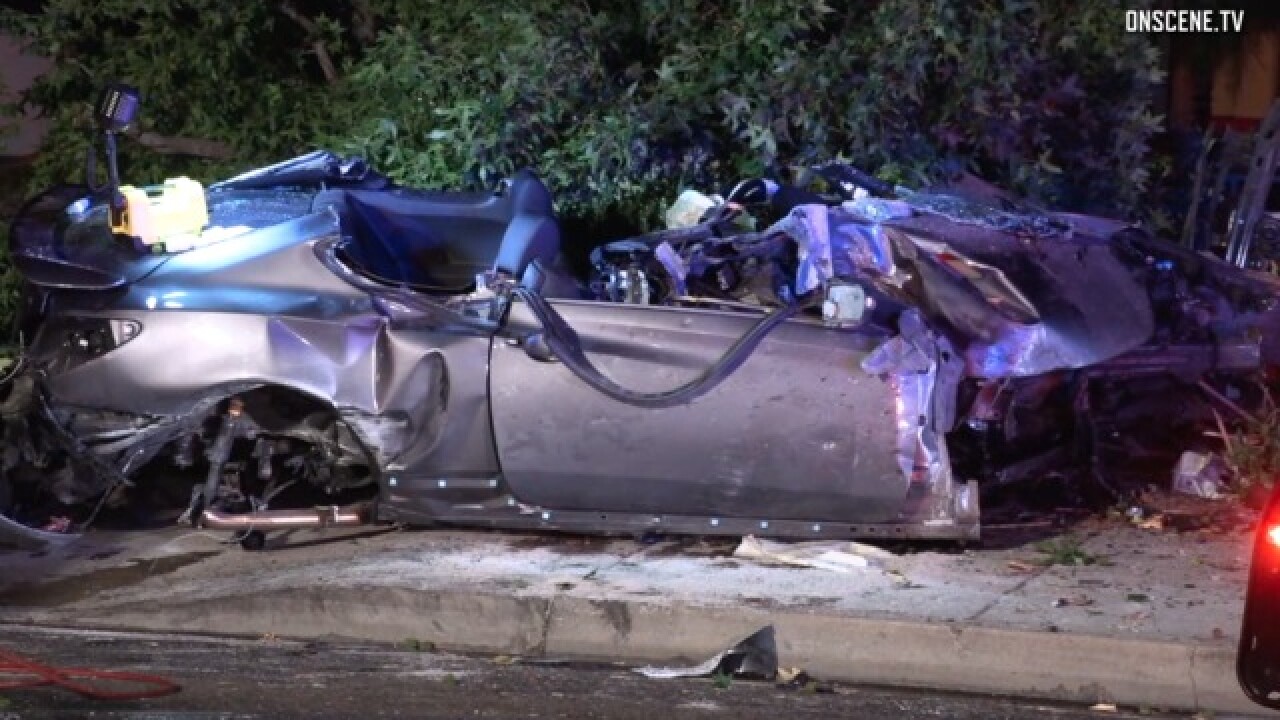 EL CAJON, Calif. (KGTV) — One person is dead after their vehicle became airborne and crashed, sending metal and pieces of the vehicle across the roadway.

California Highway Patrol troopers tried to stop the vehicle on eastbound Interstate 8 at about 2 a.m. Saturday before the driver sped off.

Troopers pursued the vehicle, which began picking up speed as it left the highway, CHP said.

At one point, witnesses told 10News the vehicle hit a dip on Main St. near Jamacha Rd. at a high speed and became airborne. The driver lost control of the car and crashed, colliding with a tree and wall along the road.

The crash sent pieces of the vehicle flying in all directions including the car's engine block, which was dislodged and found across the road.

"Seemed like just 30 minutes of just crashing and metal everywhere," one witness said. "Just a horrific sound. Almost like a building coming down."

Jamacha Rd. was closed from East Main St. to Lexington Ave. as officers investigated and cleaned up the scene.

Officers have not said whether alcohol or drugs were involved in the crash.

10News reporter Laura Acevedo was live at the scene via Facebook Saturday morning: