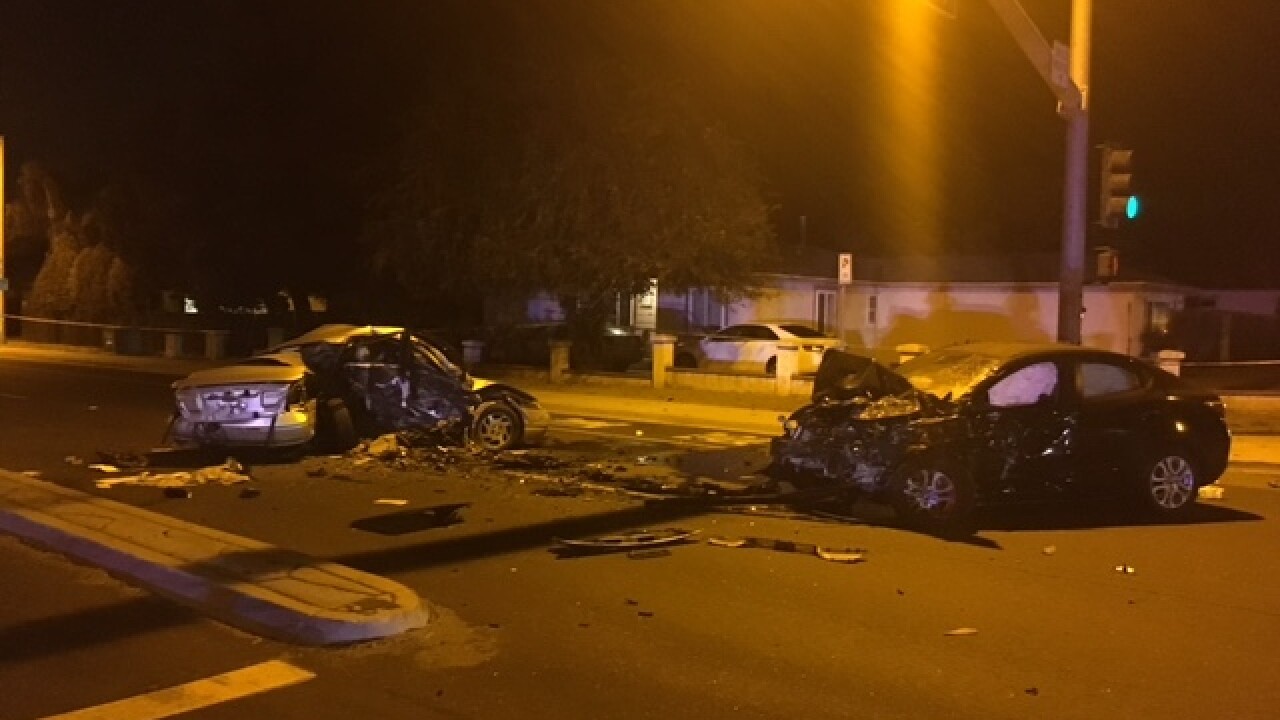 ESCONDIDO, Calif. (KGTV) - One person is dead after their car sped into opposite traffic, colliding head-on with another driver in the North County, police said.

Escondido Police said the two-vehicle crash occurred at the intersection El Norte Parkway and Ash Street just after 9:30 p.m. Friday. A 1997 Saturn and 2017 Toyota collided after, according to witnesses at the scene, the driver of the Saturn was speeding eastbound on El Norte Parkway and lost control, careening into the westbound lanes and crashing into the Toyota, EPD said.

Police said the driver of the Saturn suffered a major injury and died at the scene. The driver has not been identified.

The driver and one occupant of the Toyota were both brought to Palomar Hospital for treatment of minor injuries. They were later released.

Alcohol or drug do not appear to be a factor in the crash, EPD said. Traffic investigators are investigating the incident and ask anyone with information to call EPD at 760-839-4407.