RAMONA, Calif. (KGTV) -- Crews Thursday stopped the forward rate of spread of the Rangeland Fire burning in the Pasqual Valley near Ramona.

The blaze started along San Pasqual Valley Road around 1 p.m. near the San Dieguito River Trail and quickly grew to 250 acres. The fire is 60 percent contained.

The eastbound lanes on State Route 78 closed at Bandy Canyon Road due to the fire, but are expected to reopen by 10 p.m. The 78 will be down to one lane on Friday between 8:30 a.m. and 5 p.m.

Highland Valley Road was also closed between Bandy Canyon and Archie Moore Road due to a big rig that was stuck on the road.

#RangelandFire IC reports fire at 250 acres with 60% Containment. Crews to remain on the fire throughout tonight and tomorrow. There has been one minor injury to a firefighter. @CALFIRESANDIEGO is in a Unified Command with @SDFD pic.twitter.com/eN4y3yIip5

Several structures were threatened by the blaze, Cal Fire said. The fire threat to homes on Rangeland Road was mitigated by 3 p.m.

Several aircraft could be seen dropping fire retardant near the blaze to try and prevent it from spreading. An SDG&E aircrane was also dispatched to the scene to help firefighters.

#RangelandFire [update] The forward rate of spread has been stopped. The fire is 150 acres & 30% contained. pic.twitter.com/06dYHm9dYg 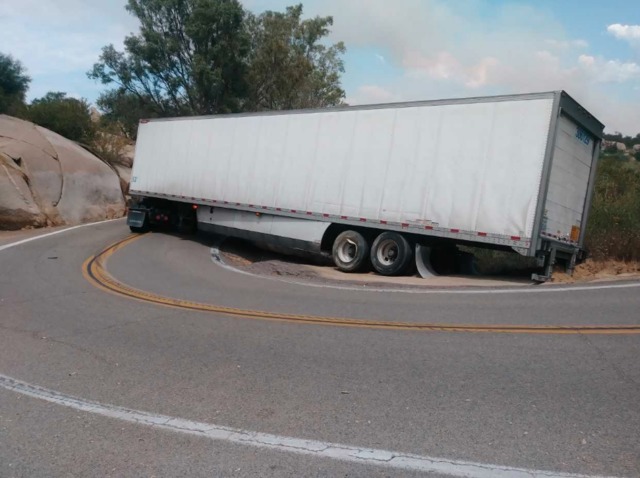 Watch video from the fire in the player below: