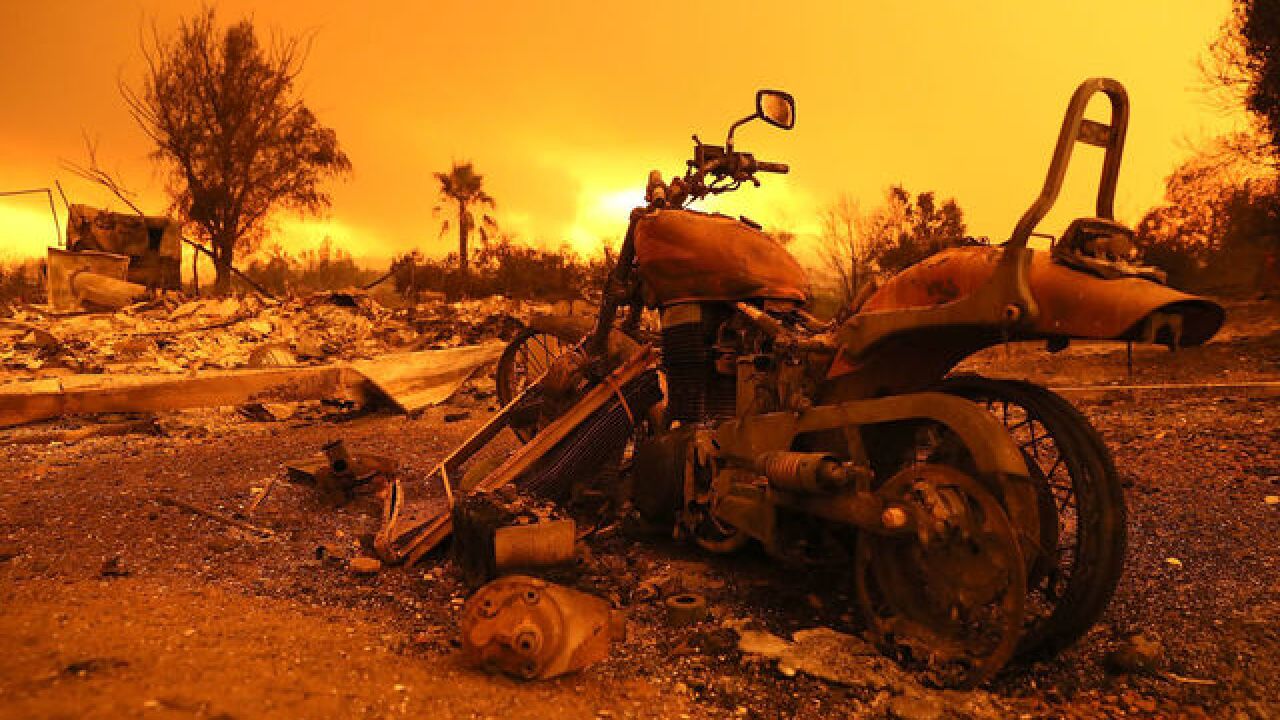 Copyright Getty Images
Justin Sullivan
<p>REDDING, CA - JULY 27: A motorcycle sits next to a home that was destroyed by the Carr Fire on July 27, 2018 in Redding, California. A Redding firefighter and bulldozer operator were killed battling the fast moving Carr Fire that has burned over 44,000 acres and destroyed dozens of homes. The fire is 3 percent contained. (Photo by Justin Sullivan/Getty Images)</p> 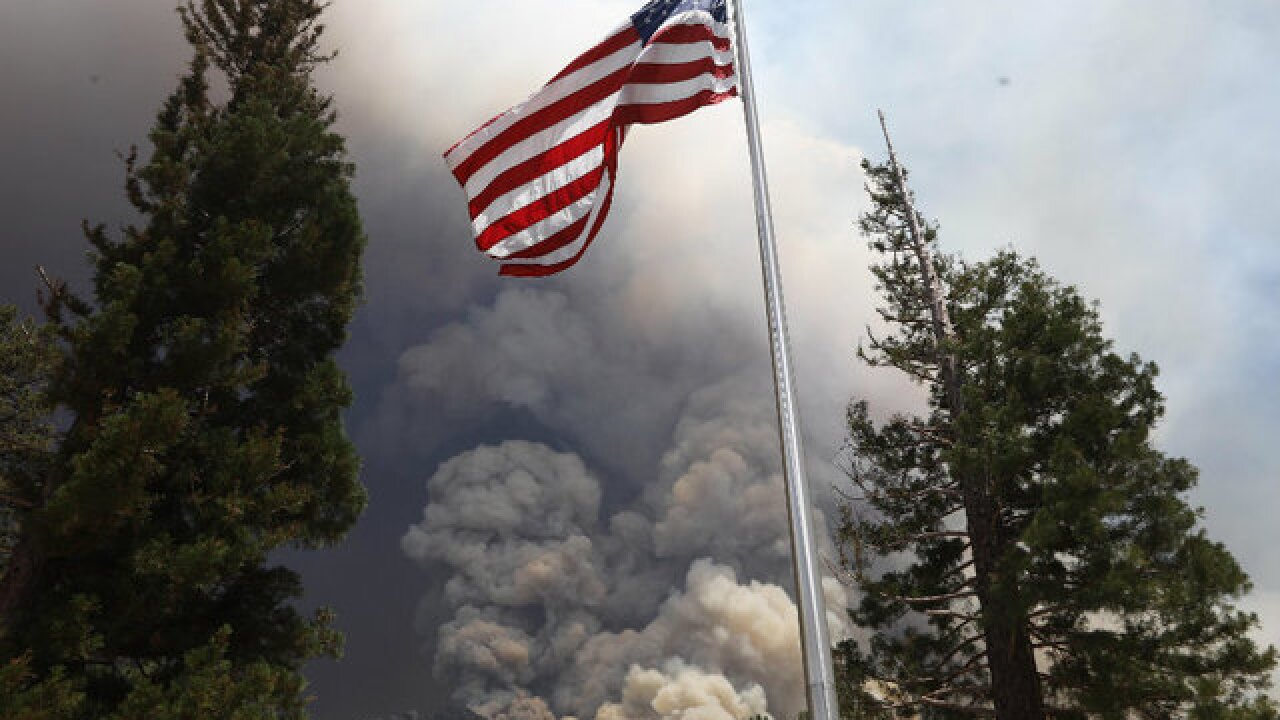 (KGTV) — Crews across California remain on the scene of several fires burning around the state Saturday morning, hoping to make headway in the face of high weekend temperatures.

One of the largest fires remains the Carr Fire, which has scorched at least 80,000 acres and is 5 percent contained near Redding as of Saturday morning. A red flag warning and hear advisory are in effect in the area, as high temps and winds threaten to fuel the fire through dry vegetation.

Two firefighters have died fighting the Carr Fire and three Marin County firefighters were hurt, but have since been released from the hospital.

The fire has led to about 37,000 evacuations and has threatened at least 5,000 homes in the area since it began Monday. At least 500 structures have been destroyed.

Numerous evacuation orders were still in effect Saturday. Cal Fire crews say the fire has been active in all directions.

Another fire burning closer to Southern California has been the Cranston Fire, which began Wednesday near Idyllwild.

The fire has since burned more than 13,000 acres and was 17 percent contained. Nearly 5,000 structures were threatened and more than 7,000 people have been evacuated as of Saturday morning. That fire has also forced numerous closures and evacuations in the surrounding area.

Two firefighters have been injured fighting the flames, which authorities say were started by an arsonist.

Brandon McGlover, 32, of Temecula, has pleaded not guilty to 15 felony counts related to nine separate fires, including the Idyllwild fire.