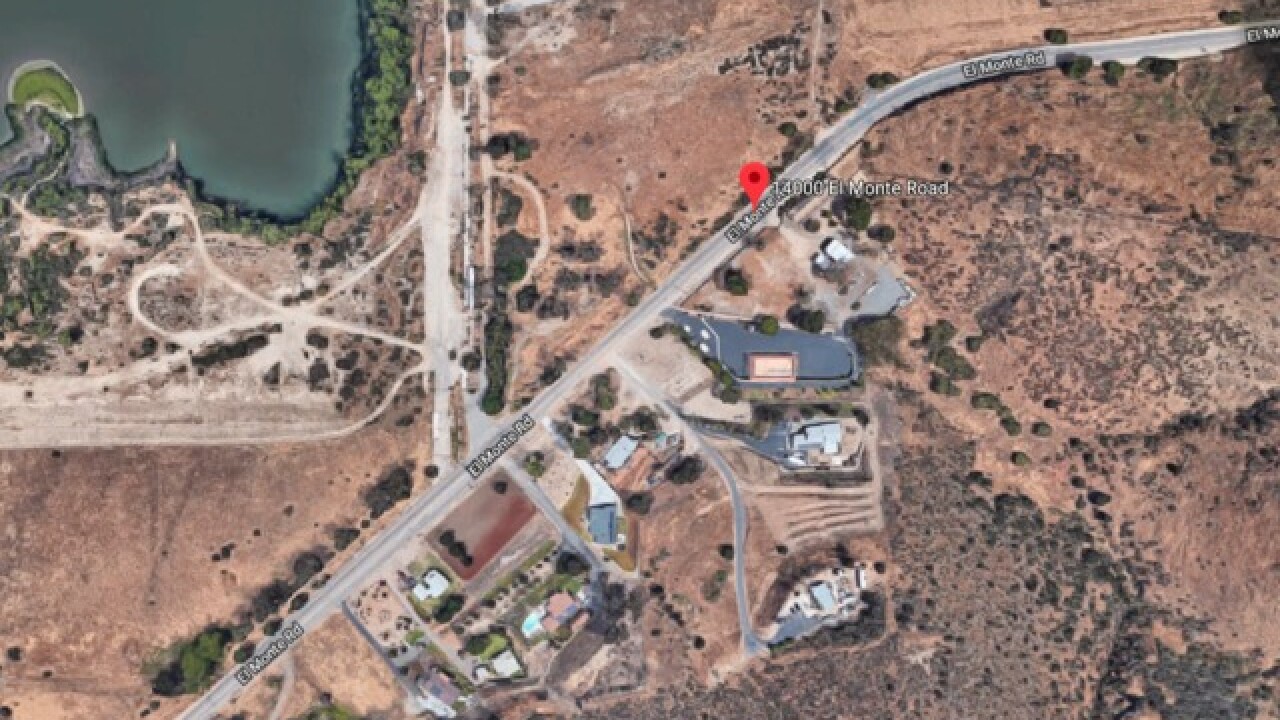 According to Cal Fire, the fire broke out on the 14000 block of El Monte Road around 2:30 p.m. The fire burned in a river bottom and scorched eight acres.

By about 3:45 p.m., the forward spread had been completely stopped, the agency tweeted.

No structures were threatened and no injuries reported.

#ElMonteFire [final] The forward rate of spread has been stopped. Firefighters to remain at scene to strengthen containment lines and mop up. pic.twitter.com/v3gPJkSVZh

.@CALFIRESANDIEGO is at the scene of a 1/2 acre vegetation fire at the 14000 blk of El Monte Rd. in Lakeside, moderate rate of spread in the river bottom #elmontefire pic.twitter.com/fR6oA9gQss

#ElMonteFire [update] Firefighters have made access and there is no structure threat. Unified Command has been established with @LakesideFire pic.twitter.com/4jPB1ndGmM