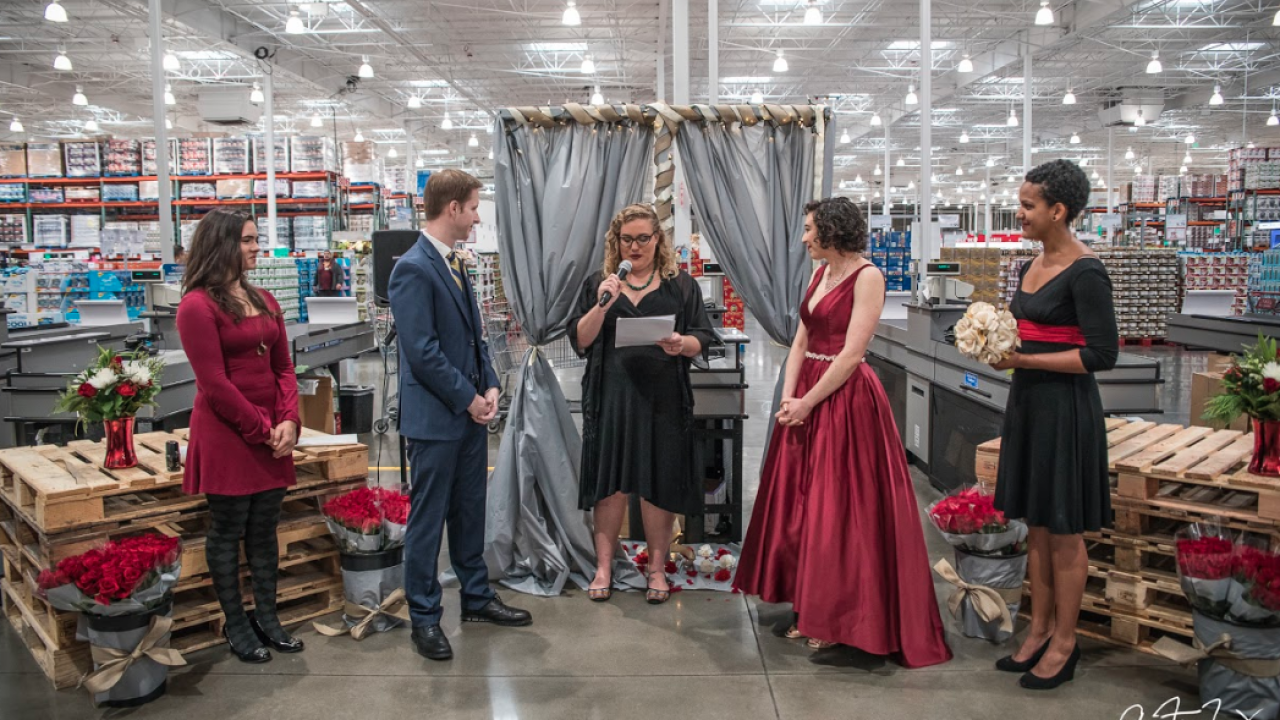 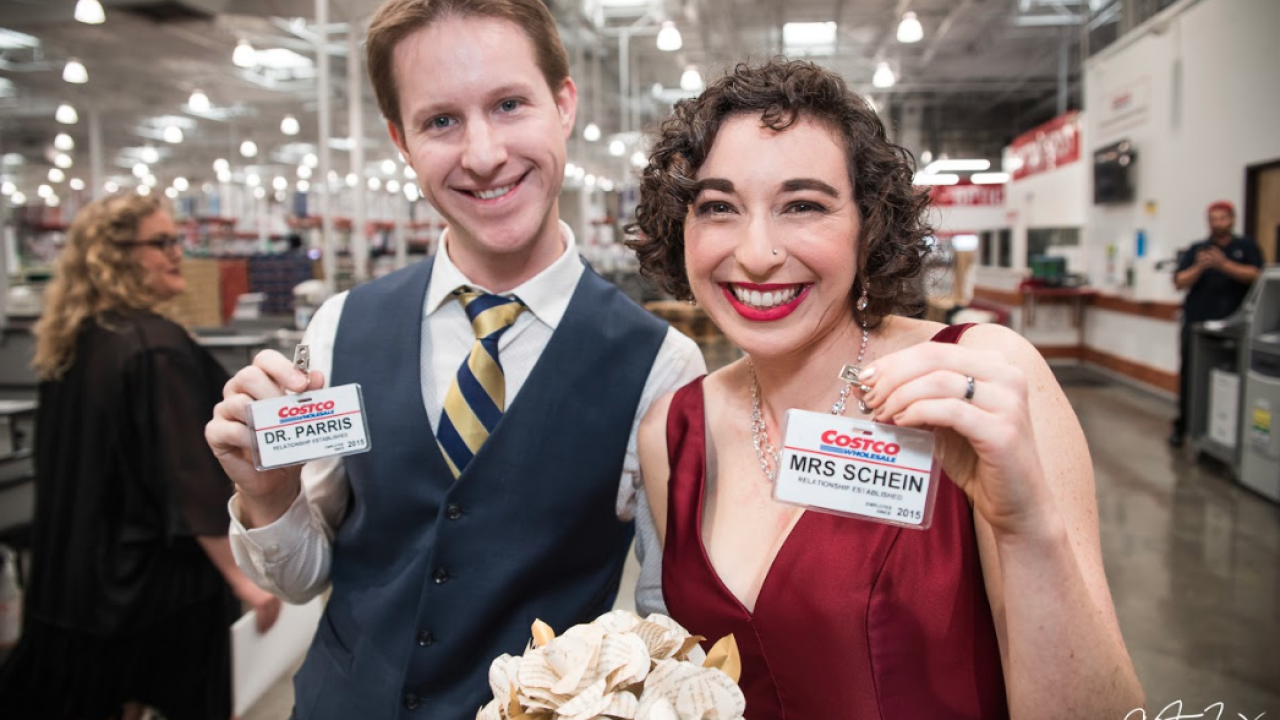 SAN DIEGO, Calif. (KGTV) -- A San Diego Couple is breaking the internet after getting married at a Costco in Mission Valley Thursday.

Margot Schein and Julian Parris told 10News they made the decision to get married at Costco because, after meeting on a dating app, they decided to have their first date at the store.

According to Schein, the couple decided to wed at Costco on their three-year anniversary.

The wedding included a custom-made cake from the store, an archway and pallets to hold up bouquets of flowers.

Staff at the store even took the time to set up chairs for the event as well as decorate a portion of the Costco with rose petals. “I feel like we have a whole new Costco family,” Margot said.