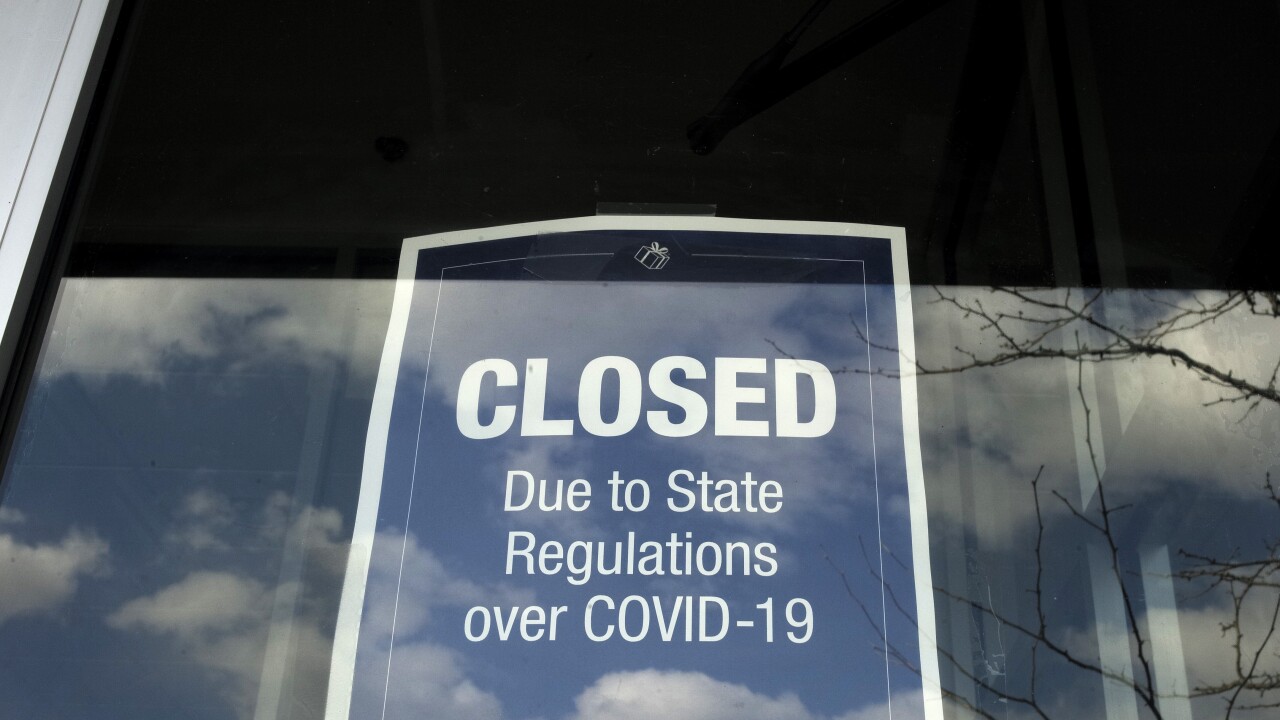 Copyright 2020 The Associated Press. All Rights Reserved
Steven Senne/AP
In this Wednesday, April 22, 2020 photo a closed sign is posted in the window of a store because of the coronavirus, in an outdoor mall, in Dedham, Mass. More than 4.4 million laid-off workers applied for U.S. unemployment benefits last week as job cuts escalated across an economy that remains all but shut down, the government said Thursday. (AP Photo/Steven Senne)

A study by the Social Analytics Lab at the MIT Initiative on the Digital Economy indicates that a lack of coordination between states and regions in the US likely was costly to the economy.

"There have been many calls for a coordinated national pandemic response in the U.S. and around the world, but little hard evidence has quantified this need," said Sinan Aral, Director of the MIT Initiative on the Digital Economy and a corresponding author of the study. "When we analyzed the data, we were shocked by the degree to which state policies affected outcomes in other states, sometimes at great distances. Travel and social influence over digital media make this pandemic much more interdependent than we originally thought. Our results suggest an immediate need for a nationally coordinated policy across states, regions and nations around the world," he added.

The study showed that individuals in other states were likely influence by the policies of other states.

Each state's success with social distancing is impacted by the policy decisions not just of geographically proximate states, but also of socially connected, but geographically distant states, the authors wrote. The study indicated that Floridians social distancing were most affected by New York implementing a shelter-in-place policy due to social media influence and travel between the states, despite their physical distance.

When states fail to coordinate in the presence of spillovers as large as those detected in the analyses, total welfare is reduced by almost 70 percent, the study found.

States largely charted their own path in adopting stay-at-home orders, but were guided by recommendations from the CDC and White House. At times, President Donald Trump toyed with the idea of implementing a more national approach, but ultimately left decisions to governors.

This prompted a number of states in April to announce regional pacts in deciding how to reopen.

"We have been talking to other states, Connecticut, New Jersey, Pennsylvania, Delaware, Rhode Island, for the past couple of days about coming up with how do we come up with a reopening plan, and can we work together on our reopening plan,” New York Gov. Andrew Cuomo said last month. “I want to make sure we, I can say that the people of this state, we did everything we could to the best of our ability. And the optimum is a geographically coordinated plan."