San Diego County public health officials said Friday that the region is dangerously close to being placed in the state's most restrictive reopening tier because on an increasing case rate.

The county's coronavirus case rate over the last 48 hours was alarming, according to Supervisor Nathan Fletcher.

County Public Health Officer Dr. Wilma Wooten said since the start of this week, the county has seen its unadjusted case rate increase from 7.2 cases per 100,000 residents (7-day daily average from the previous week) on Sunday to 7.8 on Friday. The county's adjusted case rate has increased from 6.8 to 7.0 during the same time span. 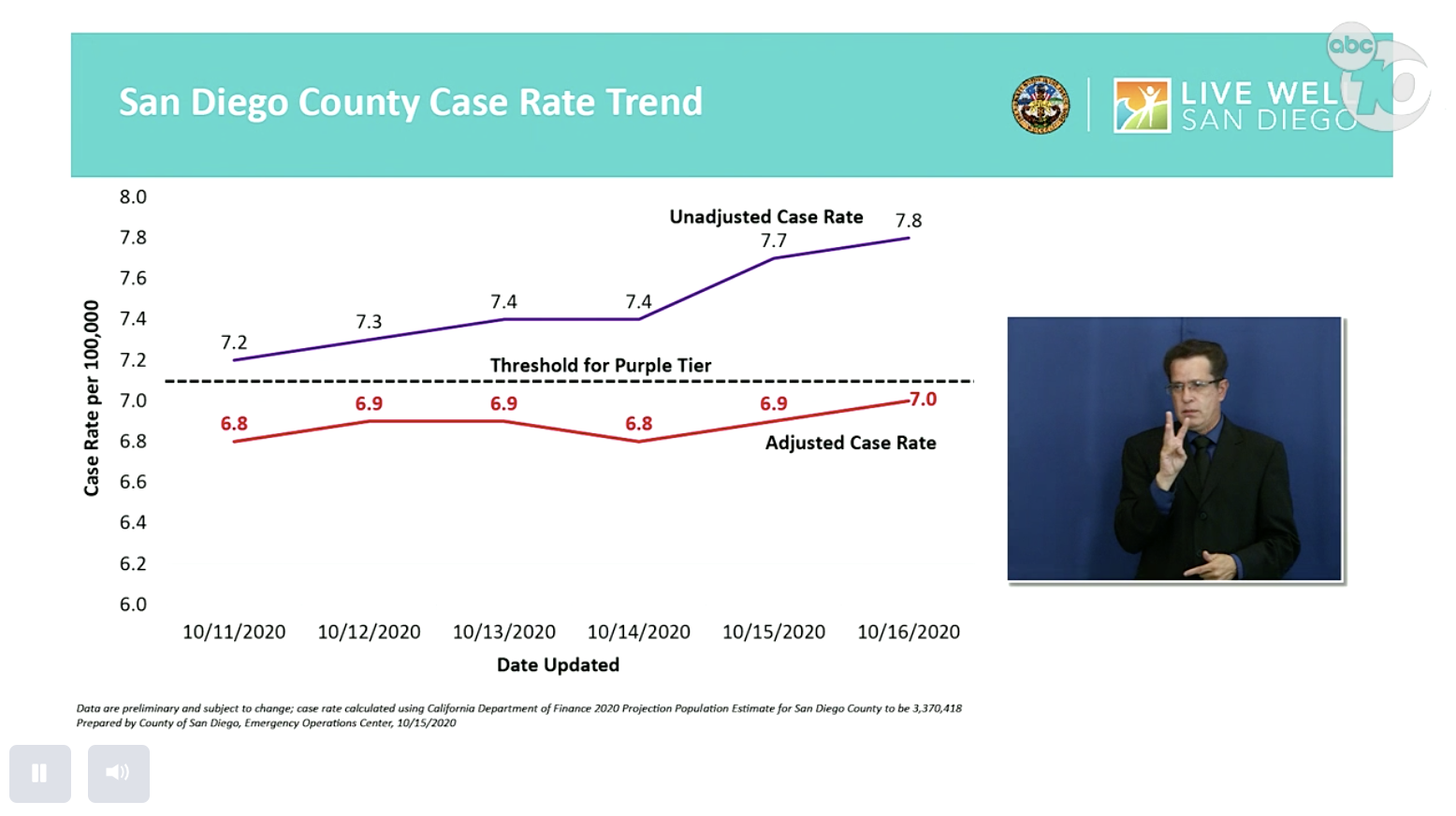 "The overwhelming majority of San Diegans are doing everything right. But we just have to go that extra mile in order to protect our status in our tier," Fletcher said.

According to the state's reopening tier system, counties with a case rate of more than 7.0 and/or testing positivity percentage of 8% or greater for two consecutive weeks are placed in the purple tier, the state's most restrictive. 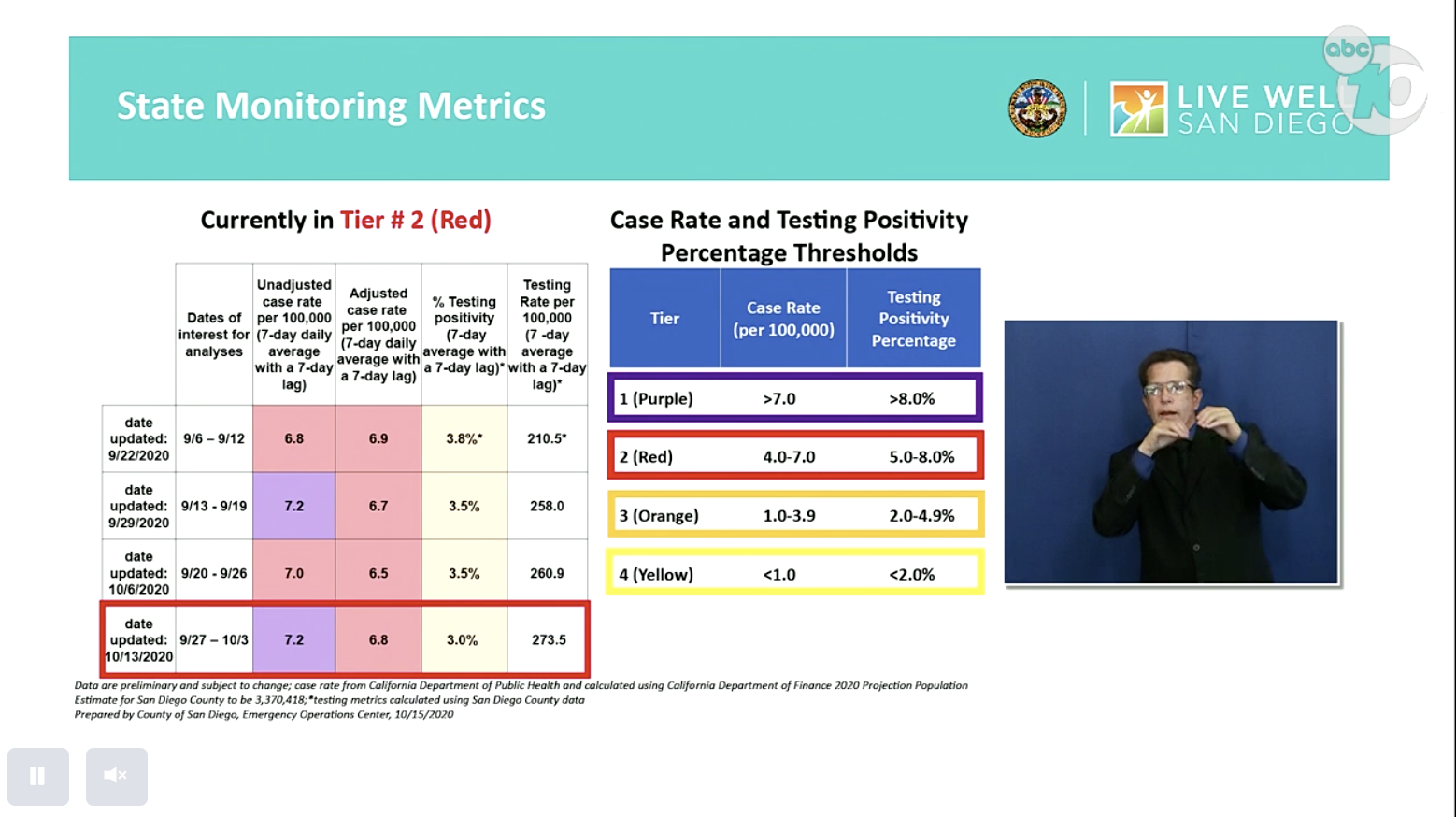 Officials say that's why they're sounding the alarm now, to encourage residents to double down on efforts around slowing the spread. Officials pointed to being more vigilant in facial coverings, avoiding indoor gatherings, and employers allowing more employees to telework.

"We're here to sound the alarm," said County Public Health Officer Dr. Wilma Wooten. "Going forward, the actions we're asking you to take will help improve and have an impact on whether we go into the purple tier."