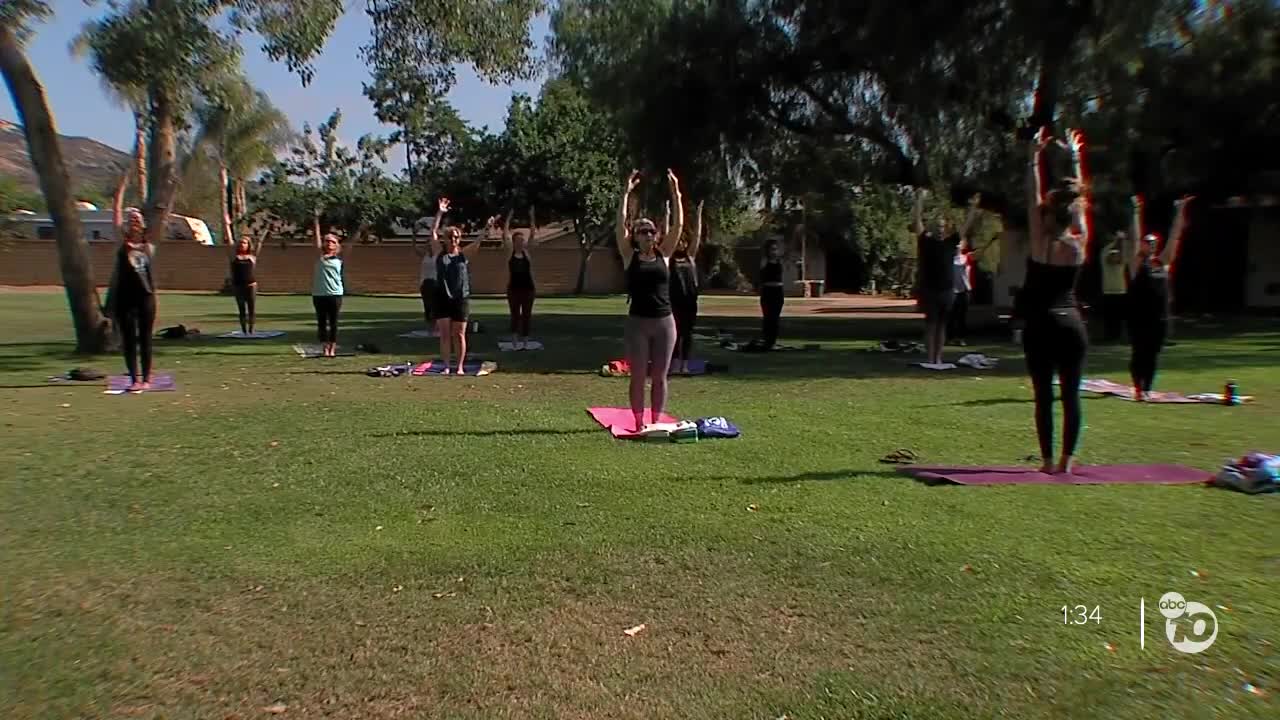 Businesses across San Diego County are looking to move their business outdoors through temporary permits.

SAN DIEGO (KGTV) -- San Diego County and other cities are trying to give businesses and places of worship more options that would allow them to expand into nearby parks, and while some are taking the help, others are finding alternative ways to stay open.

Last weekend, in Encinitas, a massive church gathering was organized, with photos of the event posted on social media.

At the gathering at Cardiff State Beach, crowds of people were seen singing, praying, and cheering. Most people weren’t wearing masks and not many people were practicing social distancing.

The event was organized by Worship Leader Sean Feucht, but the State Parks Department said the event did not have a permit.

That gathering is the type of mass-attendee event that county officials and other local leaders are working to avoid.

Earlier this week, county officials warned three local churches after it was reported they were still holding services indoors – a violation of the state’s guidelines for places of worship.

In response to the weekend beach gathering, City of Encinitas officials sent ABC 10News a statement saying they are offering temporary commercial use permits for religious services, fitness classes, or other similar types of activities in outdoor recreational areas.

Several weeks ago, Poway leaders launched their own initiative to allow for outdoor operations. Mayor Steve Vaus said they’ve already gotten businesses that are using the park space for fitness classes. He’s also talked to several places of worship and they are working on plans to sign up for park space.

Vaus explained the process: “You call our community services department. Of course, social distancing will have to be followed and masks will be required. And they’ll set aside a space for you. And with proper insurance coverage you can use that space for your activities.”

County Supervisor Dianne Jacob is looking to expand this option at the county level. She’s asking the board to approve a similar plan allowing businesses and places of worship to use county parks.

The issue will be discussed next week.