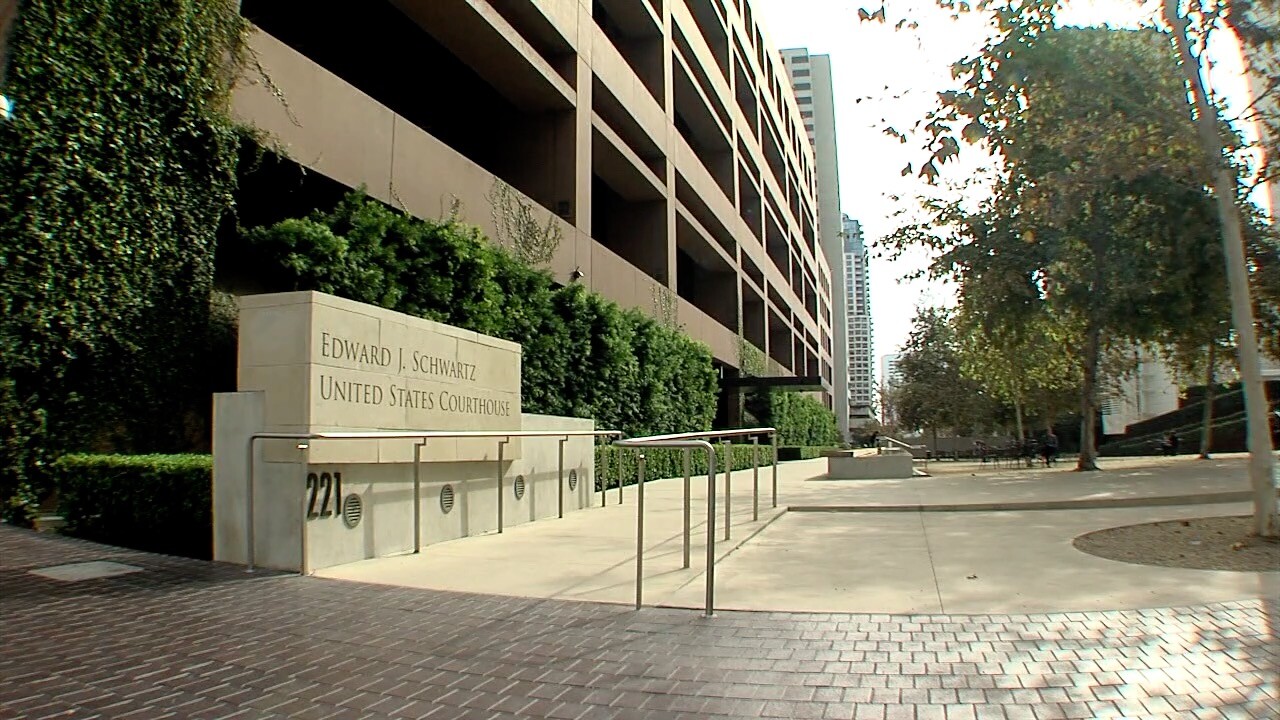 SAN DIEGO (KGTV) -- A federal judge blocked a local church’s legal request to congregate on Easter Sunday in their vehicles.

The church argued the stay at home order violates the Free Exercise Clause of the First Amendment because it places more stringent restrictions on the church than those placed on secular businesses.

According to court documents filed by the church, the “Order violates the Free Exercise Clause because it is not generally applicable, prohibiting religious services while exempting substantial comparable conduct that is not religiously motivated.”

In a statement to 10News after the hearing, Pastor Mark Spitsbergen wrote:

We both have the knowledge and resources within our church community to ensure that we are putting no one at risk for COVID-19. Furthermore, it's important for everyone to consider the risk that people are taking going to the grocery store and the gas station. These types of activities place a person at far greater risk than what we would ever expose anyone to in our church. We love our community and state and everyone in it. We simply know that what we have proposed to do as a church is not placing anyone at risk of being infected with this disease. However, seeing as the court has ruled that we do not have a constitutional right to assemble then we must at this juncture cooperate with the courts.

An attorney for the church said they made different proposals to the county that would have allowed them to assemble and abide by social distancing requirements.

They said the proposals included enforcing social distancing at its services; requiring congregants to wear protective gear including hazmat suits; assembling in vehicles; and assembling of family units spread out over a large area and not permitted to interact with any other family units.

In court documents, the church said they’ve been told if they assemble, they will be in violation of the county order and it will be enforced against them, which would include misdemeanor charges.

Documents filed in the claim included a letter from the Public Health Officer to the Abiding Place Ministries pastor. The letter states, "While the ability to view the service via the internet helps to mitigate the impacts to your congregation, I understand prohibiting your congregation from gathering together is a significant sacrifice. Unfortunately, the spread of the coronavirus requires that we all make sacrifices and I am counting on you and your congregation to do their part and voluntarily abide by my Order. If the members of your congregation do not abide by my Order, the Sheriff will take actions necessary to enforce the Order."

Jeremiah Graham, an attorney for Abiding Place Ministries, said the church is taking the pandemic seriously, but the congregation believes the ability to physically assemble in church is essential.

He wrote in a statement to 10News:

I am a member of Abiding Place Ministries, which has been a Church in San Diego for more than thirty years, and it is Pastored by a former full-time scientist who worked for fourteen years at Eli Lily and Company. He has spent significant time studying infectious diseases. Many members of his congregation are involved in clinical science, including medical doctors. However, they believe that they must physically assemble as a Church, and that this is absolutely essential.

This Church is taking this pandemic seriously and do not believe any Church is above taking reasonable precautions related to health care. In fact, the Pastor began instructing his congregation, in January, that a new strain of the flu was going around and that they needed to take extra precautions, including staying home, dining in and taking other precautions relating to the spread of disease.

The Church has attempted to work with the County to find a reasonable accommodation. This past Sunday they assembled as a congregation in their vehicles. This type of activity does not put the public at risk.

The point of this case is that, under the First Amendment, a Church should be given reasonable accommodations allowing them to serve God according to the dictates of their conscience.