Gregory Bull/AP
Jean Bourbonnais, left, wears a mask as she walks with Sheryl Nieman Hancock along a beach promenade Tuesday, April 27, 2021, in San Diego. Nieman Hancock is already vaccinated, and Bourbonnais plans to get her vaccine soon. U.S. health officials say fully vaccinated Americans don't need to wear masks outdoors anymore unless they are in a big crowd of strangers. And unvaccinated people can drop face coverings in some cases, too. (AP Photo/Gregory Bull)

SAN DIEGO (KGTV) — In an ABC 10News-San Diego Union-Tribune scientific poll, the majority of San Diegans surveyed said they would support employers' right to require vaccinations and universal mask wearing indoors in public, regardless of a mandate.

The Survey USA poll, which interviewed 650 adults from San Diego County between July 27 and July 30, asked several questions regarding the spread of the delta variant of COVID-19, face coverings, and required vaccinations.

The majority of those surveyed (32% and 40%, respectively) said they were either very or somewhat concerned about the delta variant's spread in recent months. The surge of COVID-19 cases across the country has been credited to the rapid spread of the variant.

While those surveyed were split on a vaccine mandate, the majority (60%) supported a universal mask mandate for indoor public places, compared to 31% opposing. In a separate inquiry, 60% said they would personally choose to wear a mask indoors in public, even if not required.

Support for masks continued for the classroom as well, as 58% said they support face coverings in the classroom this fall, compared to 32% who didn't.

Overall, with the spread of delta and calls for increased mask wearing and vaccinations by health officials, the majority of those surveyed (37% and 34%, respectively) said they were either very or somewhat concerned that people who are unvaccinated will ultimately impact their own health.

See the full results from the survey below: 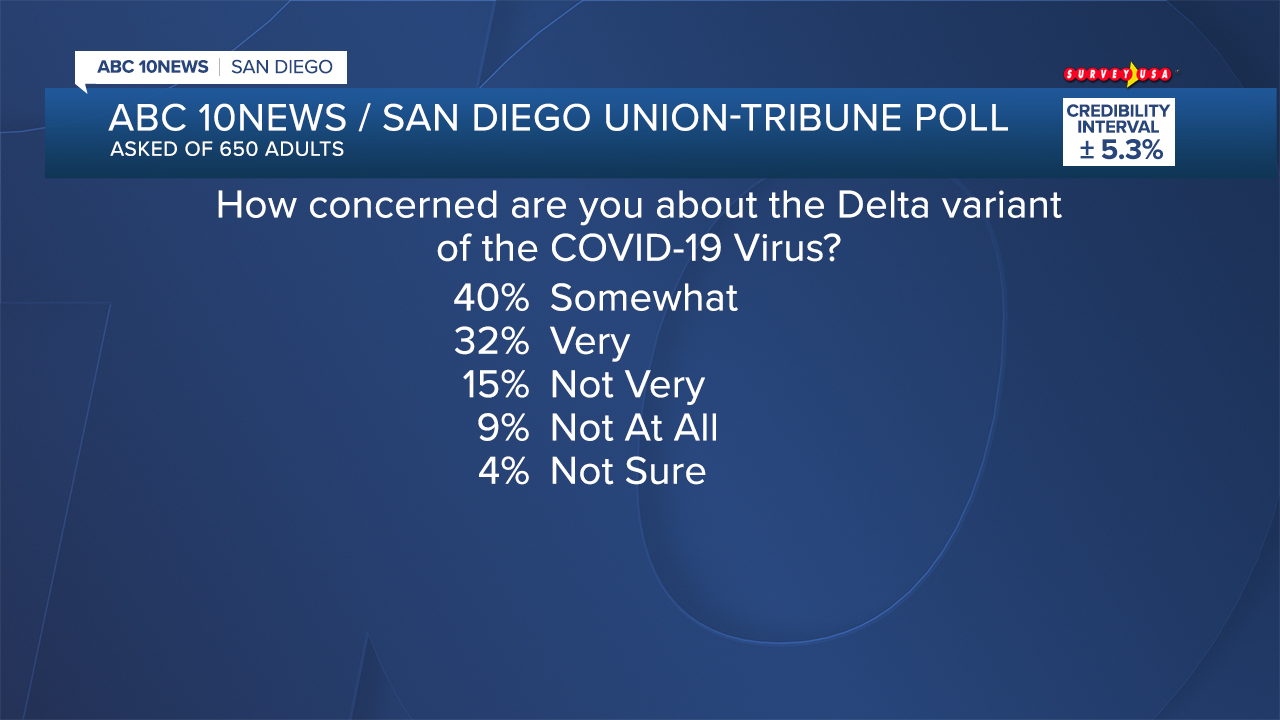 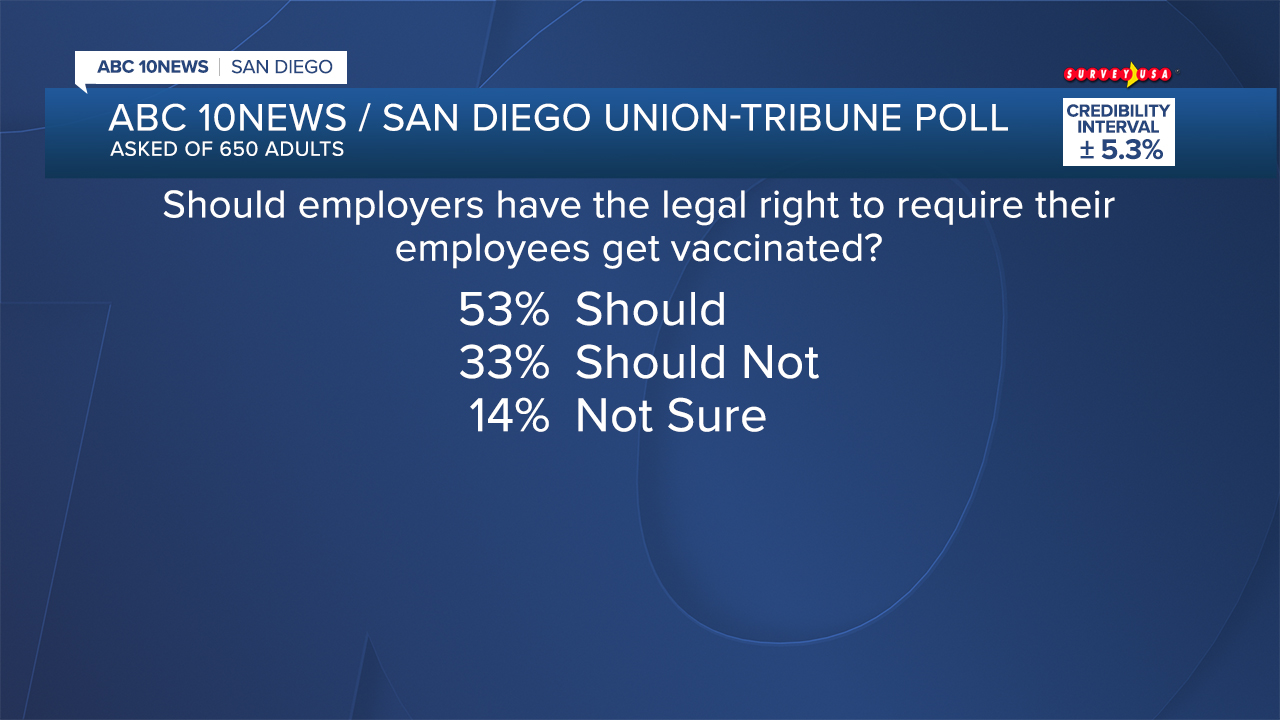 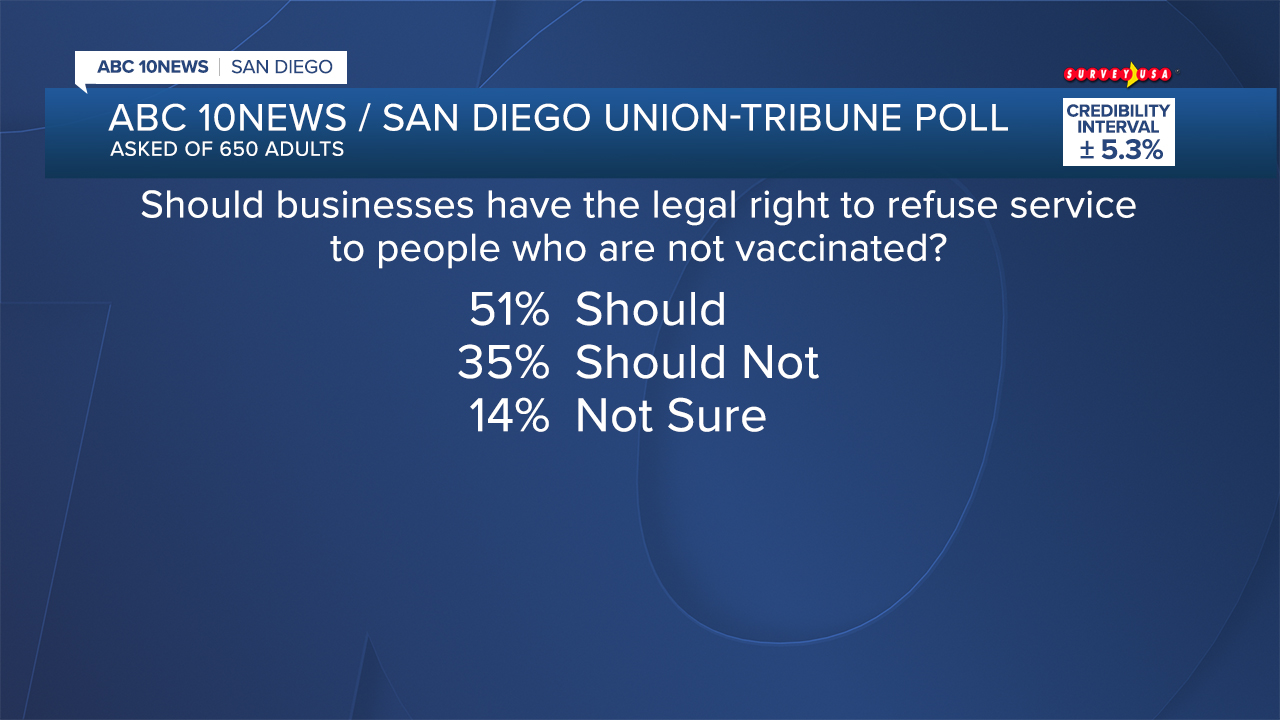 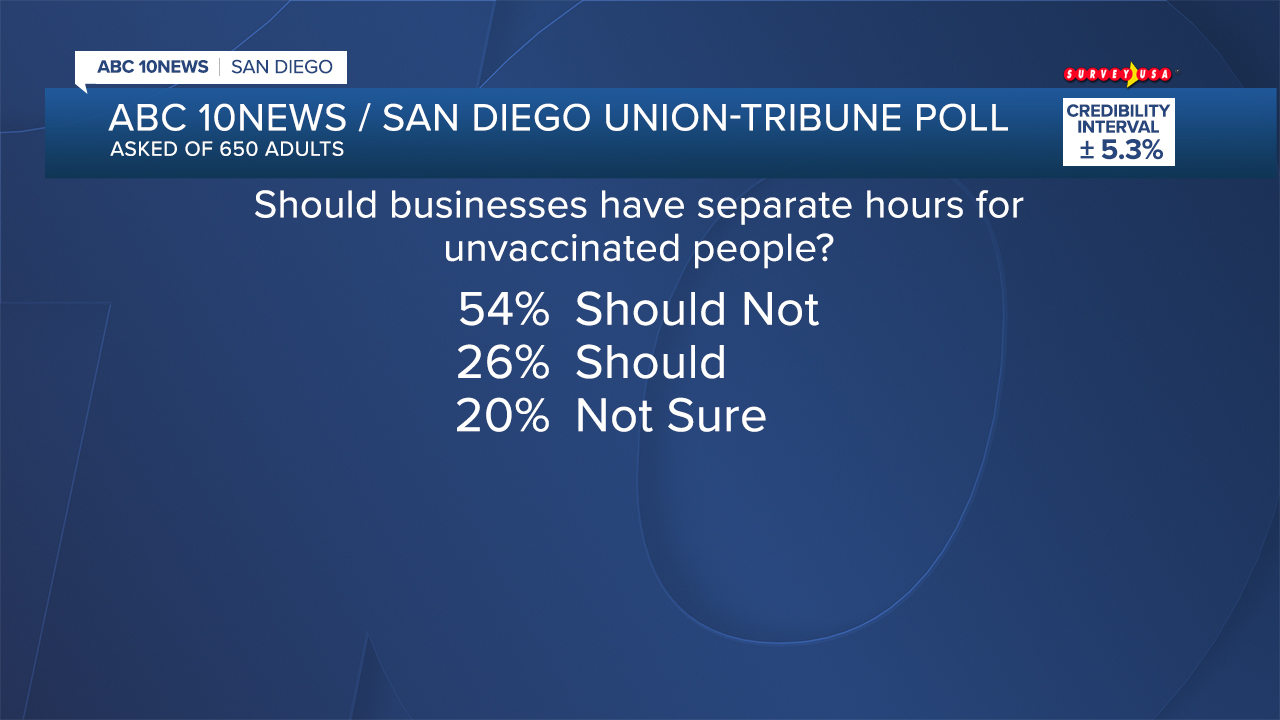 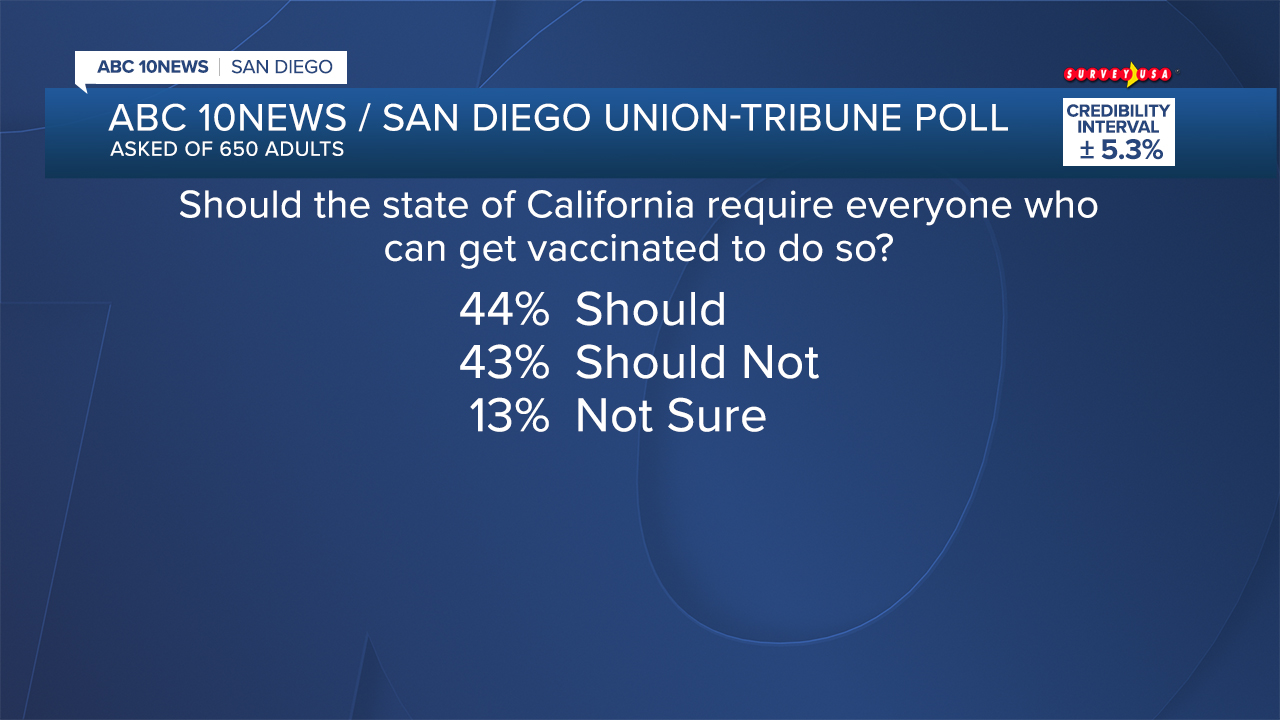 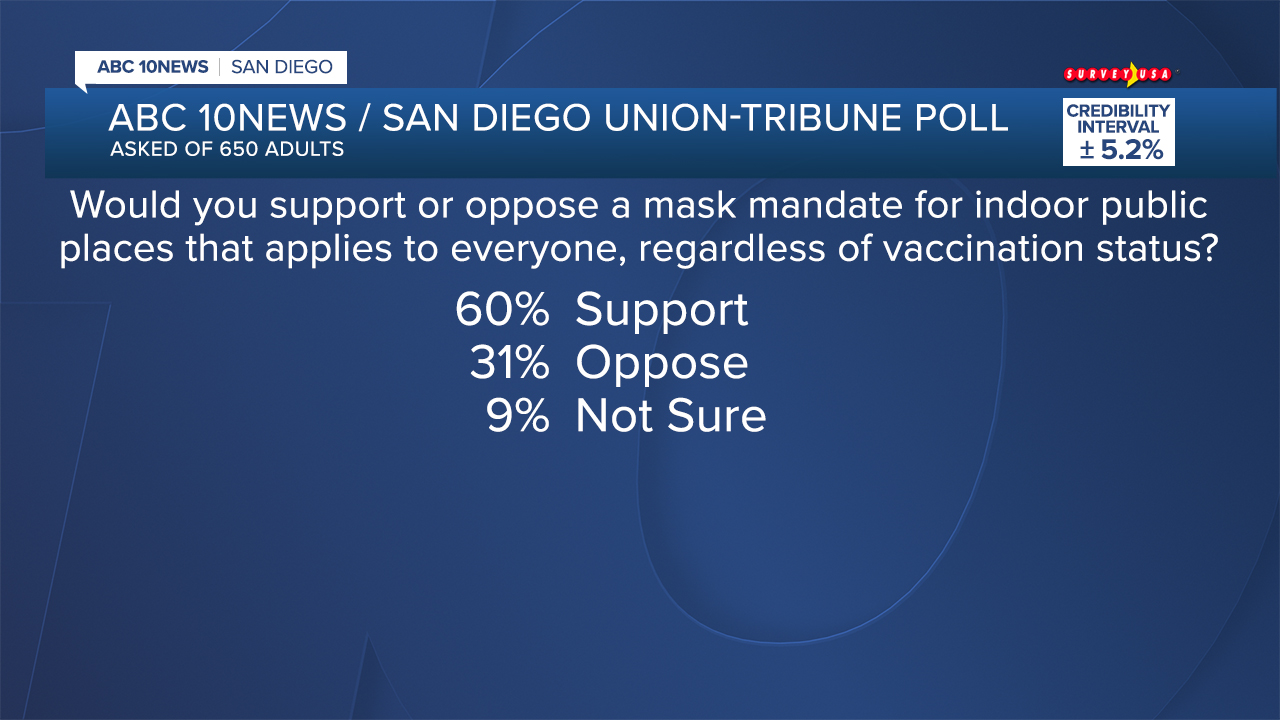 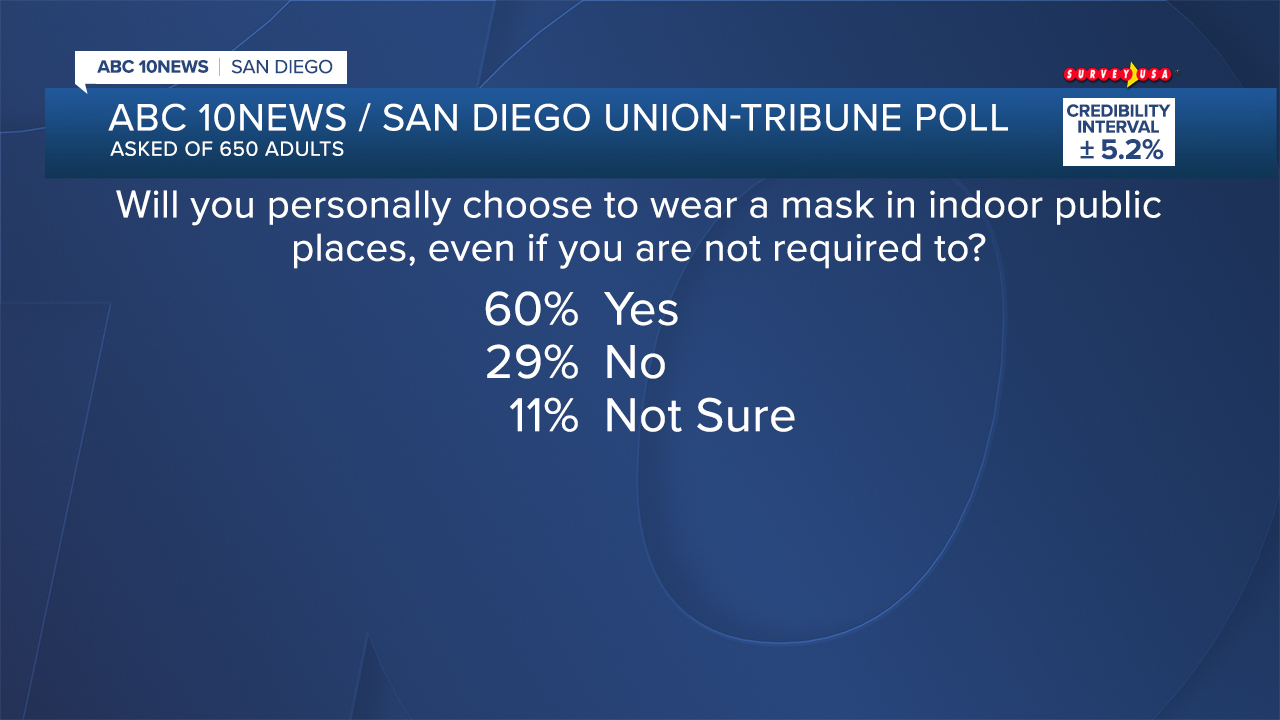 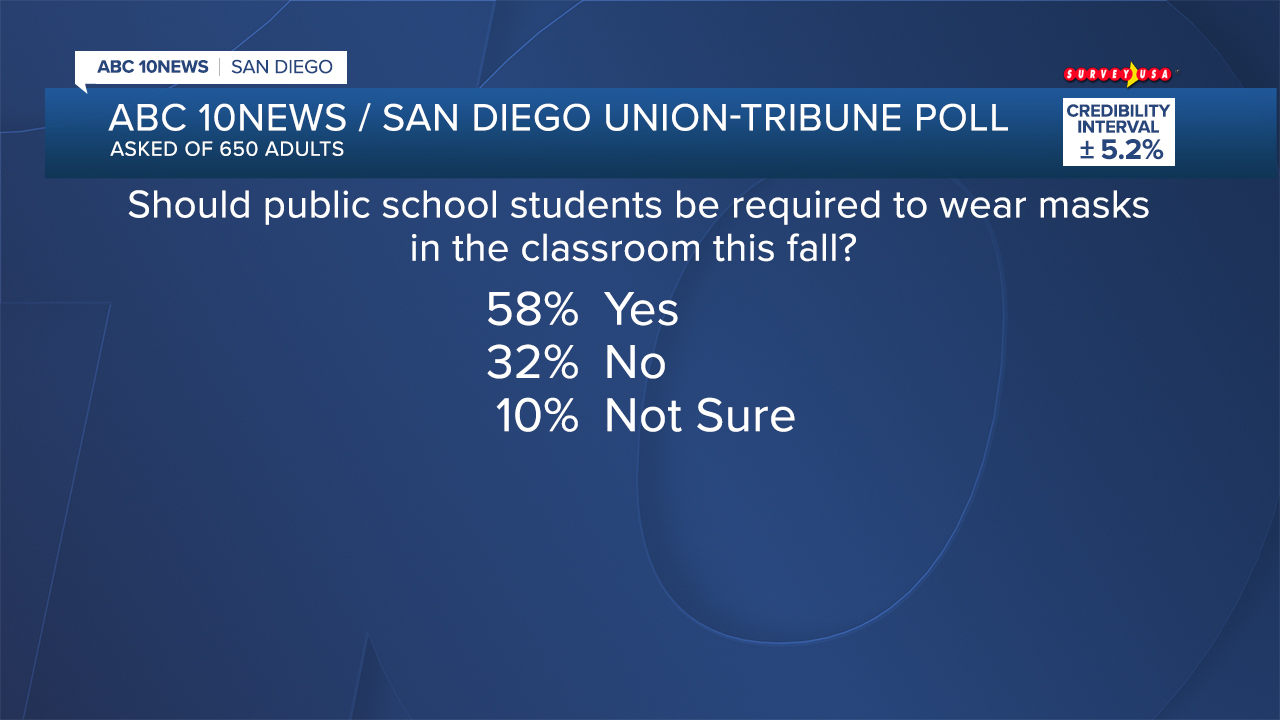 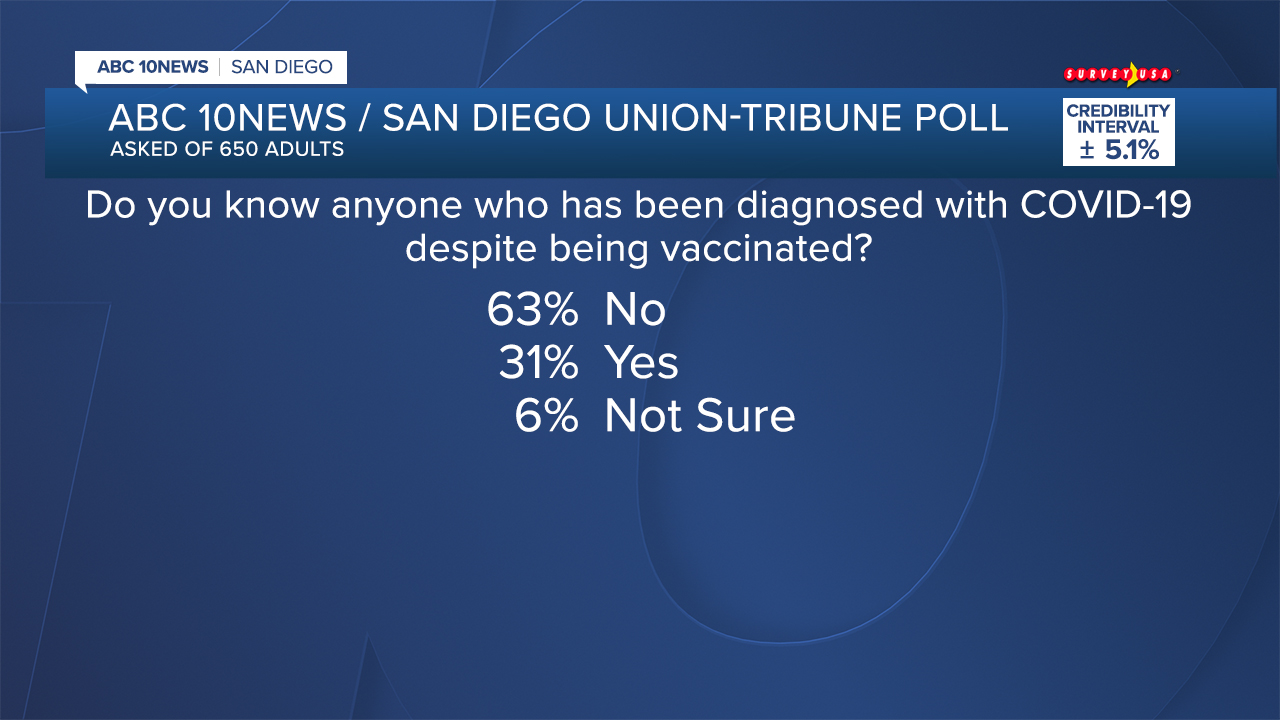 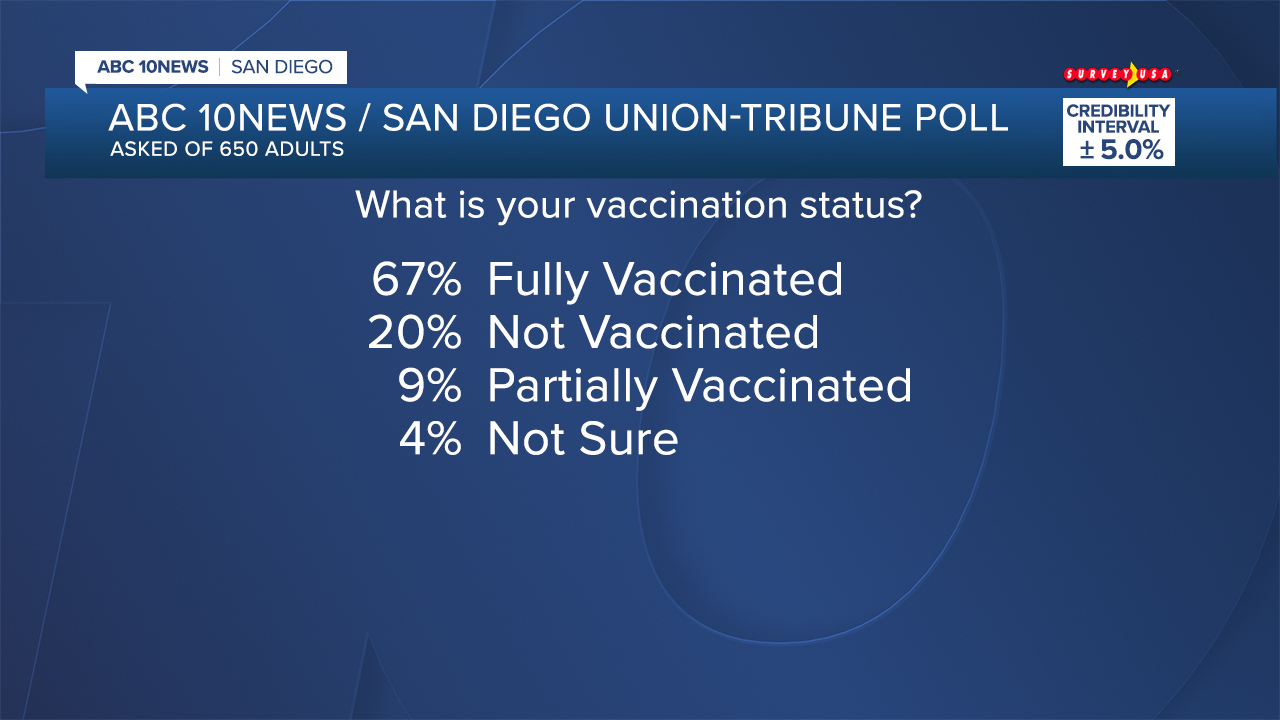 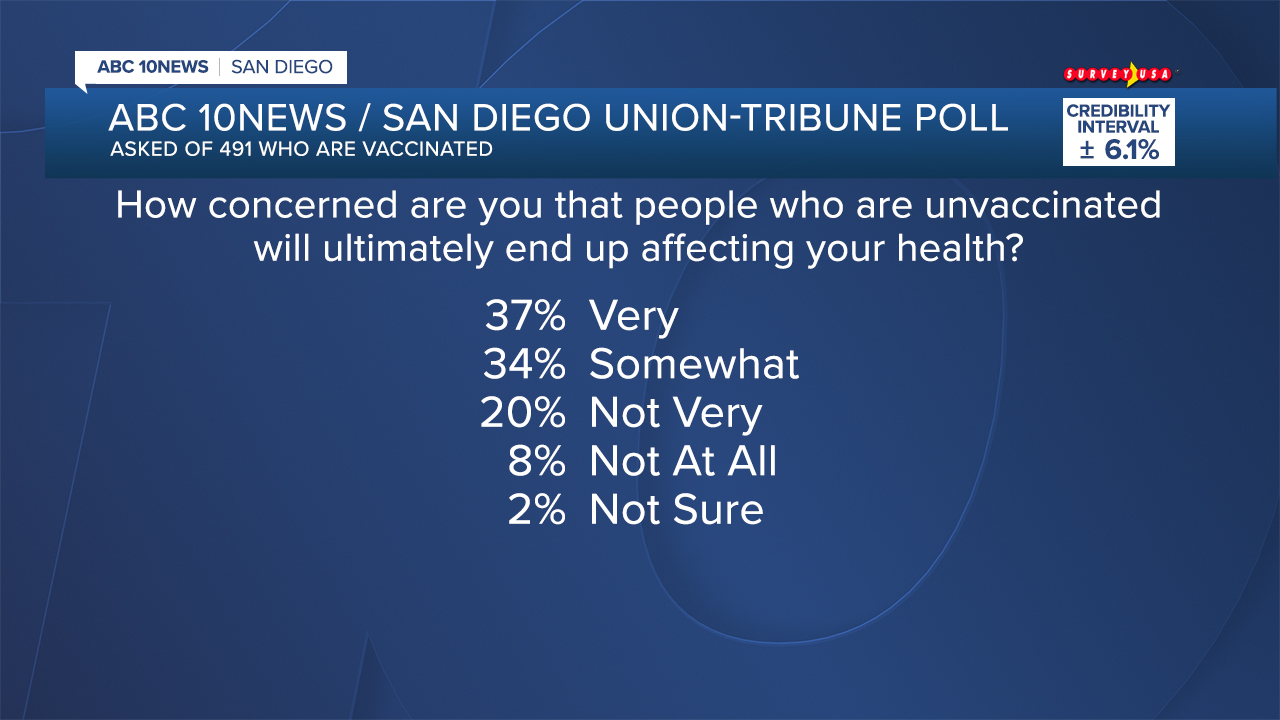 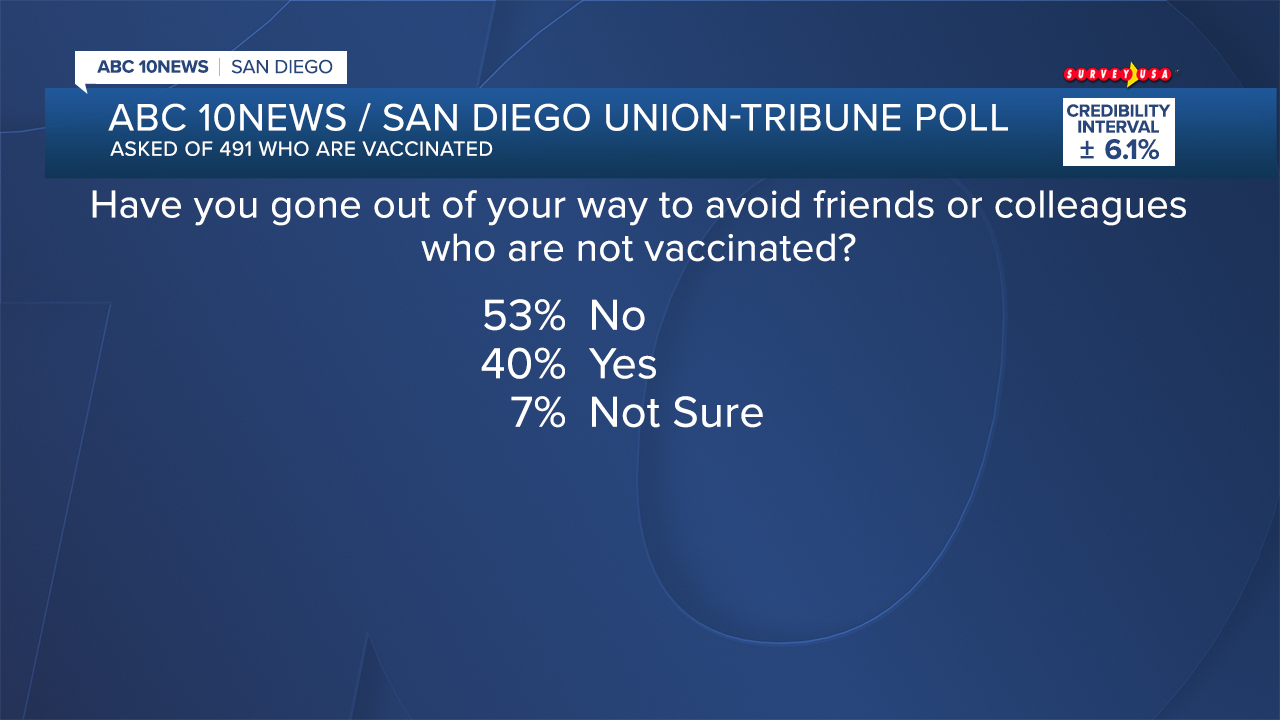 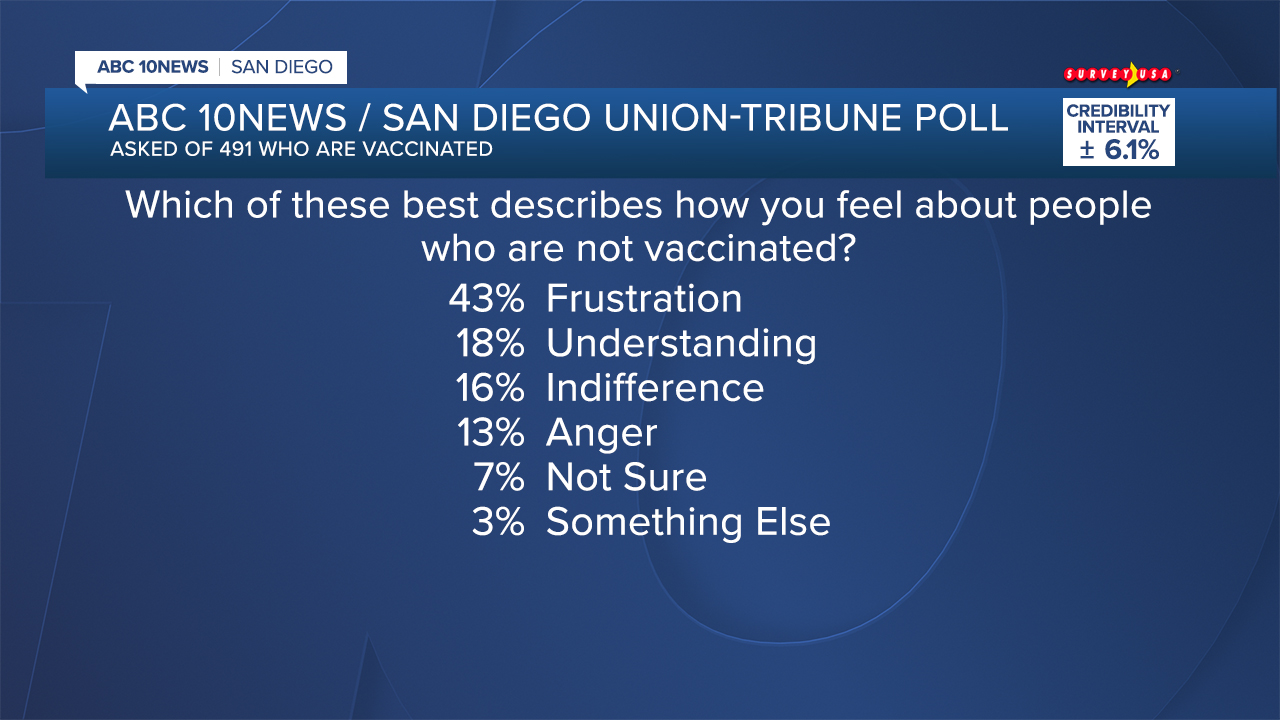 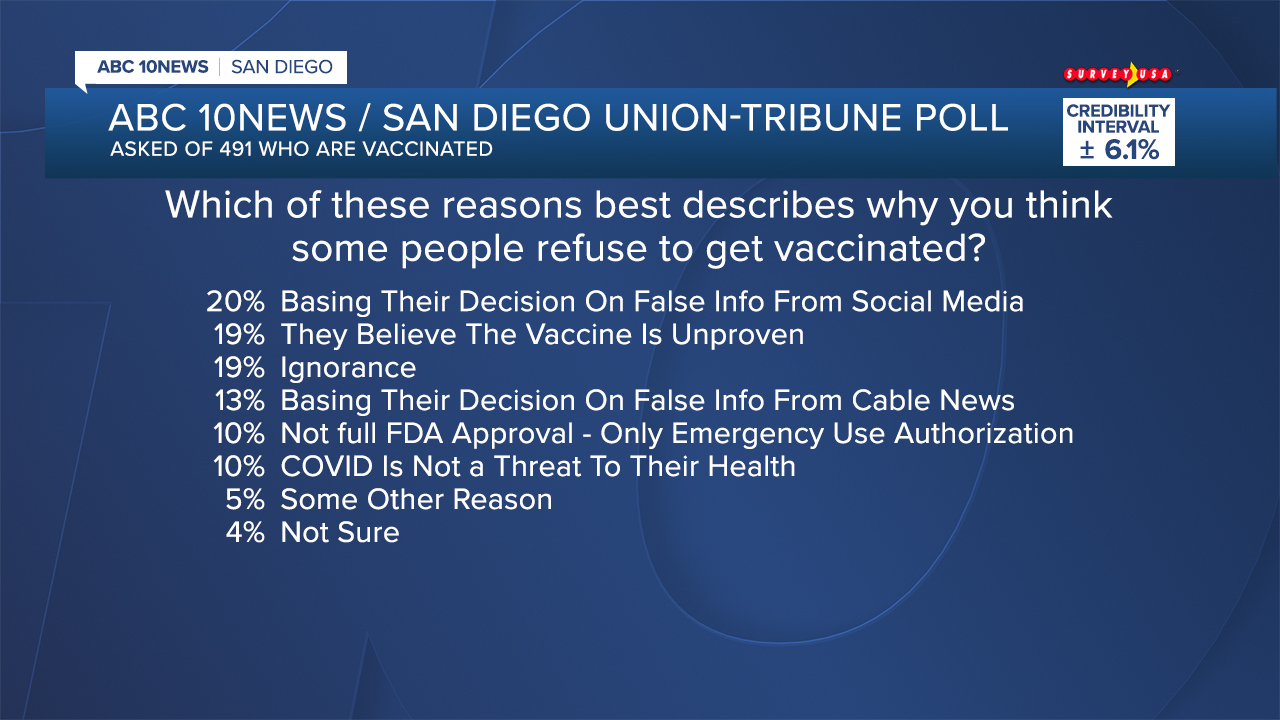