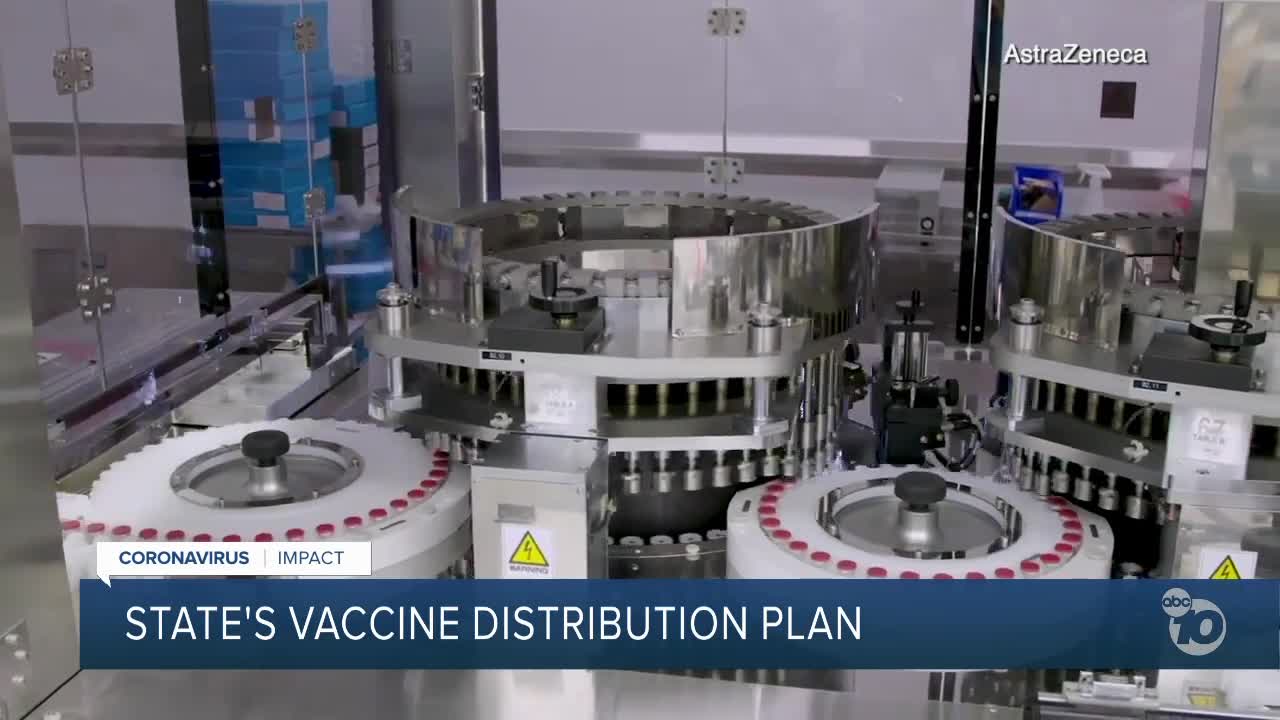 The state is waiting on three companies that say their trials have shown promising results: Pfizer, Moderna and AstraZeneca.

On Monday, Newsom explained that health care workers will be the first in line to get vaccinated, along with people in nursing or assisted living facilities and first responders.

The governor said there are three separate committees currently looking at the data presented by the drugmakers, confirming that the vaccines are safe, saying so far they have not had any issues.

During Monday's press conference, Newsom said that the state is not handling distribution, instead the drugmaker will distribute directly to the medical facilities or use an independent distributor to transport the vaccines.

AstraZeneca reported Monday that its vaccine is up to 90% effective. Last week, Moderna and Pfiszer both applied for emergency FDA authorization after reporting that their trials showed their vaccines to be 95% and 90% effective, respectively.

Newsom also discussed how the vaccines will be transported. Pfizer's vaccine requires being stored in extremely freezing temperatures, likely requiring things like dry ice. Moderna's must also be frozen, but can be done in a traditional freezer.