Coronavirus cases on the rise in Orange County 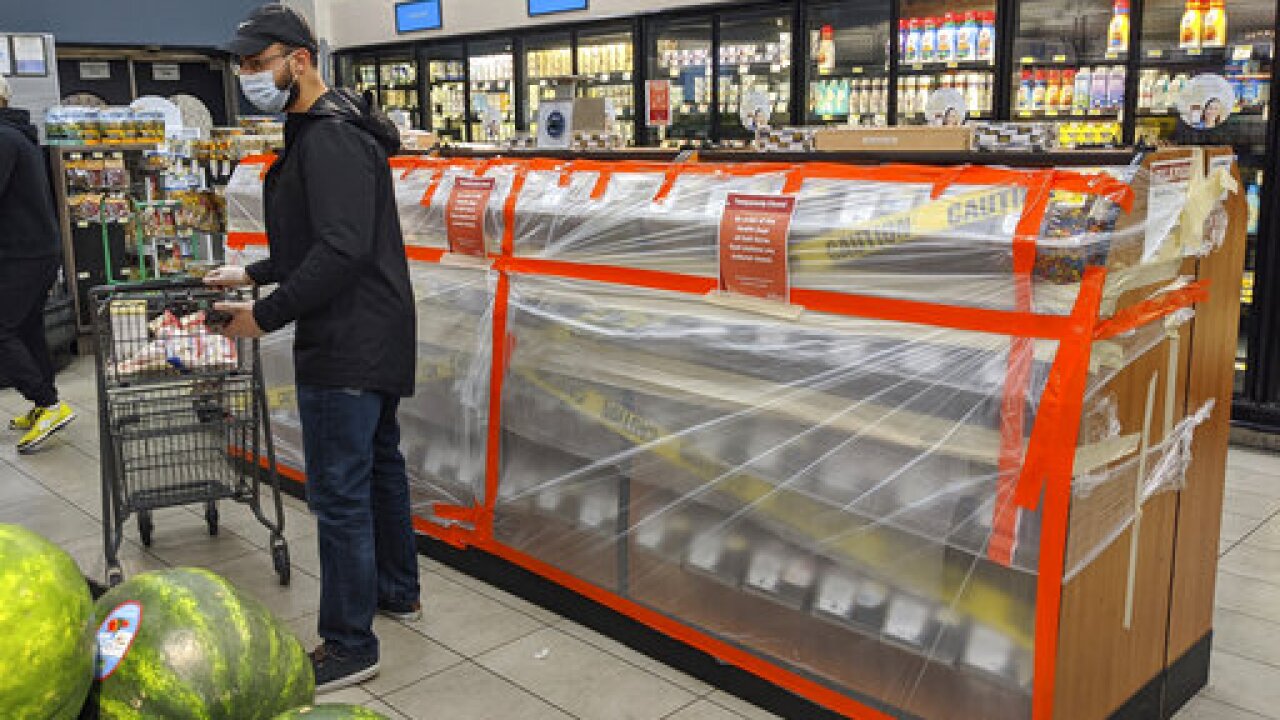 SANTA ANA (CNS) - Orange County's number of coronavirus cases jumped to 403 Saturday as another 85 cases were confirmed, the largest daily increase yet.

Another death was reported too, bringing the county's coronavirus death toll to four.

No information was immediately released about the latest fatality.

As of Saturday, 4,884 people had been tested, leaving county officials with enough tests for 1,090 people.

County officials are also releasing more details about coronavirus cases in individual cities, with Anaheim showing the highest number of confirmed cases, closely followed by Irvine and Newport Beach. County health leaders, however, implored residents to not read too much into the data, because a higher number of cases in one spot could be attributed to a variety of factors such as more access to testing because of health insurance coverage.

"We don't want people to assume a higher or lower number puts them at a greater or lesser risk," Orange County Public Health Director David Soulelas said at a news conference Friday.

Orange County Health Officer Dr. Nichole Quick said the statistics do not indicate there has been a cluster or outbreak in any one area of the county.

Soulelas and Quick emphasized the importance of social distancing, as it will lessen the chances of a surge of cases that could overload the county's health system.

Mike Lyster, a spokesman for the city of Anaheim, said city officials were aware they had a high number of cases.

"What we've been sharing with our residents is we should expect to be 10% of the case count because we're 10% of the county population," Lyster said.

"While it may be alarming for some folks to hear numbers city by city, it is actually a good thing," he said. "It is more information that brings better understanding."

"And it doesn't represent necessarily that they got infected here. They could have been traveling or got it in the workplace somewhere else. There are many different factors that go into it. It really turns out to be just another data point for us," he said.

Because of privacy laws, county officials determined they could not offer a breakdown in cities with populations under 25,000 such as Coto de Caza, Laguna Beach, Laguna Woods, La Palma, Los Alamitos and Villa Park. Their numbers are combined under a category of "other" on the county's website.

Following is the breakdown by city, according to the county's website:

Orange County Sheriff Don Barnes has announced he will soon begin releasing inmates with 60 days or less to go on their sentences in an effort to reduce the population of the Central Men's Jail in Santa Ana during the outbreak.

The first coronavirus diagnosis of an inmate in the Orange County jail system was received by sheriff's officials on Tuesday. An inmate in his 40s tested positive and was placed in isolation. He had been booked on June 17, 2018, on suspicion of child endangerment, torture, false imprisonment and assault with a deadly weapon.

Sheriff's officials announced on Thursday night two more men in the Central Men's Jail in Santa Ana tested positive for the coronavirus. They were all housed in the same module, officials said.

Hundreds of inmates live in dormitory-style or barracks jails that make it difficult to enforce keeping 6 feet of distance from each other and deputies, Orange County District Attorney Todd Spitzer has said.